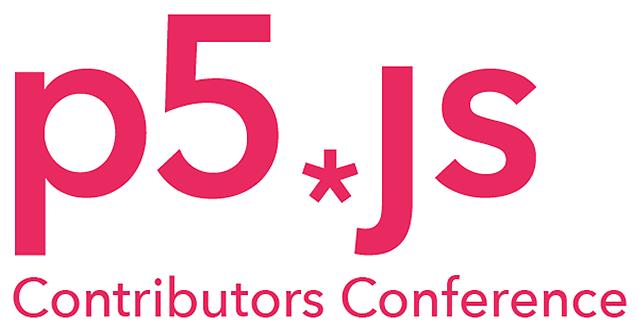 During the week of May 25-31, 2015, under the direction of STUDIO fellow Lauren McCarthy, an enthusiastic group of participants with a range of skills, backgrounds, and styles gathered to work on all aspects of the free, open-source p5.js arts-engineering toolkit. Their work included new features, bug fixing, documentation, outreach, community, design, and internationalization. A list of the accomplishments of the workshop can be found here.

A diverse group of approximately 30 participants gathered spent a week at the Frank-Ratchye STUDIO for Creative Inquiry, advancing the code, documentation, and community outreach tools of the p5.js programming environment. Participants came from as far away as Hong Kong, Seattle, Los Angeles, Boston and New York. Most were working professionals in the fields of creative technology, interaction design, and new-media arts, but the group also included a half-dozen undergraduate and graduate students from Carnegie Mellon’s Schools of Art and Architecture. The participants included:

Full transcripts of the panel by @OpenTranscripts can be found here. 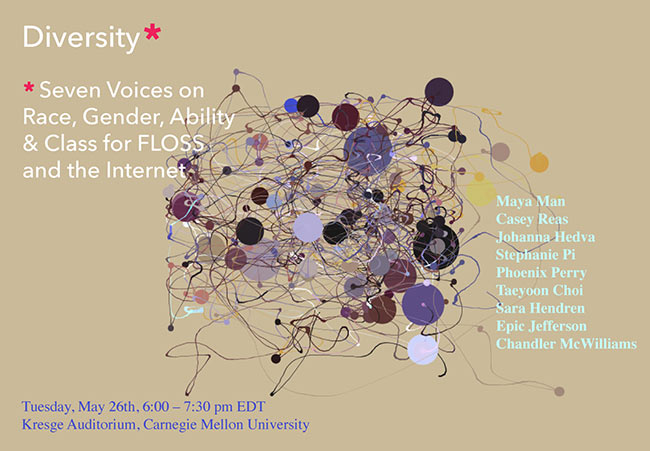 Introduction :: Diversity: Seven Voices on Race, Gender, Ability & Class for FLOSS and the Internet from STUDIO for Creative Inquiry on Vimeo.

Q&A :: Diversity: Seven Voices on Race, Gender, Ability & Class for FLOSS and the Internet from STUDIO for Creative Inquiry on Vimeo.

The p5.js Contributor Conference took place at the Frank-Ratchye STUDIO for Creative Inquiry at Carnegie Mellon University, an academic laboratory for atypical, anti-disciplinary, and inter-institutional research at the intersections of arts, science, technology, and culture.

This event was made possible by a grant from the National Endowment for the Arts, and generous support from the NYU Interactive Telecommunications Program (ITP), the Processing Foundation, TheArtificial, Bocoup, Darius Kazemi, and Emergent Digital Practices | University of Denver. Additional thanks to Dan Shiffman and Linda Hager for supporting this initiative.