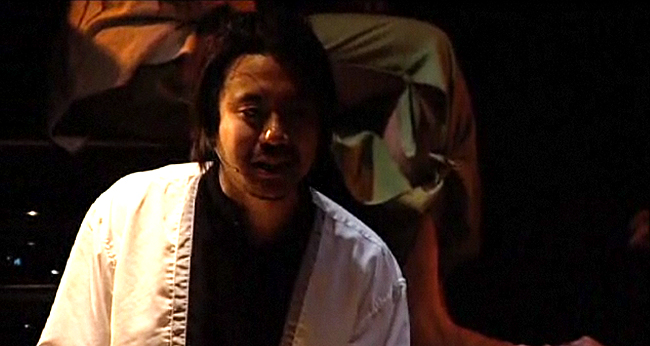 Created by the STUDIO’s past fellow Matthew Rosenblum, RedDust has several intersecting narratives threads – the primary narrative strands include a fairy tale story from the most famous of all Chinese novels, “The Story of the Stone” by Ts’ao Hsüeh-ch’in, a 1934 NBC Radio Interview with Gertrude Stein, Gertrude Stein spoken-word text performances, and the “real-life” “through-story” of the primary character drawn from the novel Chinese Letter by Svetislav Basara. Additional dream literature from Stein, Barthelme, and Lu Xun, as well as cameo appearances from several other well-known authors, round out this work’s libretto.

RedDust is focused through the perspective of the central character, a Chinese author, Shi-yin. Shi-yin is caught in a crisis of conscience and is unable to write. He had an affair with a young girl that ended in her suicide. He tries repeatedly to exorcise his feelings of guilt and confusion, and to rediscover his creative impulse, by writing the story of a stone that comes to life as a young boy. The boy-stone is taken on a journey of discovery by the Taoist Fairy of Disenchantment. The mysterious Fairy of Disenchantment resembles the American author Gertrude Stein. The boy is led by the Fairy through life-defining experiences, confronts the inaccessibility of the future, the gulf between words and meaning, and the illusion of love, learning a lesson of detachment that helps author Shi-yin confront his own demons and set pen to page once more. 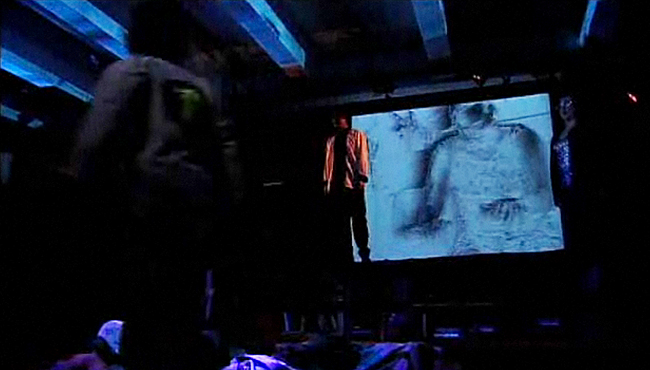