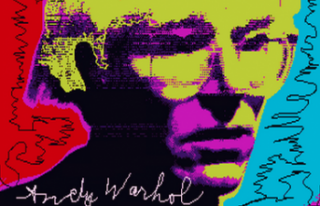 The Warhol Digital Recovery Project was a multi-institutional effort which discovered and recovered more than a dozen of Andy Warhol’s previously unknown Amiga experiments, which had been “trapped” on aging floppy disks from 1985. The project was a collaboration between New York based artist Cory Arcangel, members of the Carnegie Mellon University Computer Club, The Andy Warhol Museum, and the Carnegie Museum of Art, with support from the Frank-Ratchye STUDIO for Creative Inquiry.

The Invisible Photograph: Part 2 (Trapped) from Carnegie Museum of Art on Vimeo.

The impetus for the investigation came when Arcangel, a self-described “Warhol fanatic and lifelong computer nerd,” learned about Warhol’s Amiga experiments from the YouTube video of the 1985 Commodore Amiga product launch. Acting on a hunch, and with the support of Carnegie Museum of Art curator Tina Kukielski, Arcangel approached The Andy Warhol Museum in December 2011 regarding the possibility of restoring the Amiga hardware in the museum’s possession, and cataloging any files on its associated diskettes. In April 2012, the STUDIO connected Arcangel with the CMU Computer Club, a student organization that had gained renown for its expertise in “retrocomputing,” or the restoration of vintage computers. A grant from the Frank-Ratchye Fund for Art @ the Frontier provided the Computer Club with the necessary resources to perform their investigation. 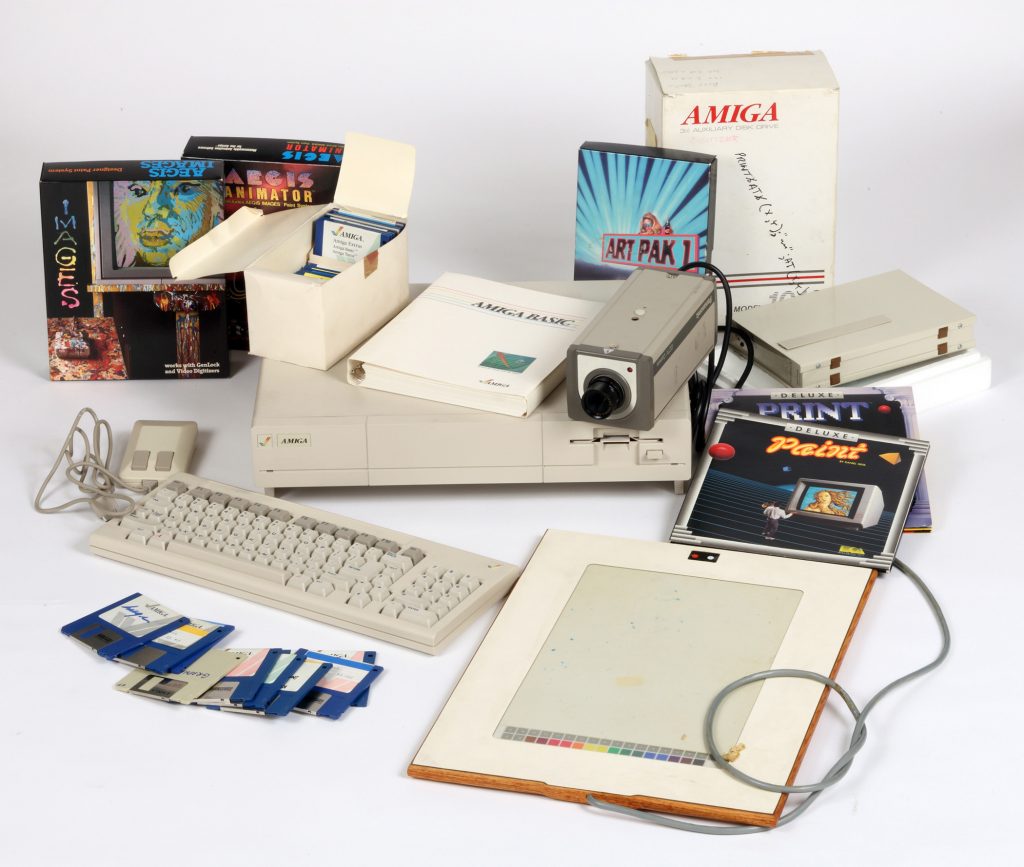 CMU Computer Club members determined that even reading the data from the diskettes entailed significant risk to the contents, and would require unusual tools and methodologies. It was not known in advance whether any of Warhol’s imagery existed on the floppy disks—nearly all of which were system and application diskettes onto which, the team later discovered, Warhol had saved his own data. Reviewing the disks’ directory listings, the team’s initial excitement on seeing promising filenames like “campbells.pic” and “marilyn1.pic” quickly turned to dismay, when it emerged that the files were stored in a completely unknown file format, unrecognized by any utility. Soon afterwards, however, the Club’s forensics experts had reverse-engineered the unfamiliar format, unveiling 28 never-before-seen digital images that were judged to be in Warhol’s style by the Andy Warhol Museum’s experts. At least eleven of these images featured Warhol’s signature.

The images depict some of Warhol’s best-known subjects—Campbell’s® soup cans, Botticelli’s Venus, and self-portraiture, for example—articulated through uniquely digital processes such as pattern flood fills, palletized color, and copy-paste collage.

Warhol’s Amiga experiments were the products of a commission by Commodore International to demonstrate the graphic arts capabilities of the Amiga 1000 personal computer. Created by Warhol on prototype Amiga hardware in his unmistakable visual style, the recovered images reveal an early exploration of the visual potential of software imaging tools, and show new ways in which the preeminent American artist of the 20th century was years ahead of his time.

A detailed report about the CMU Computer Club’s recovery work on the Warhol/Amiga image recovery project is linked here.