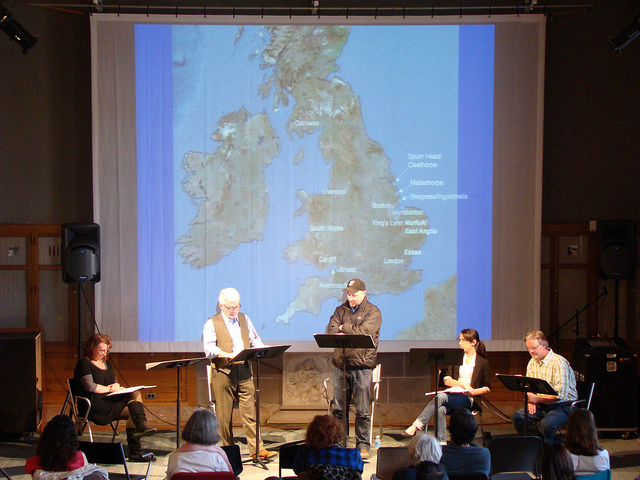 The Performance and Ecology project, directed by STUDIO fellows Wendy Arons and Theresa J. May, focuses on the power of performance and theater to raise awareness about ecological issues, stimulate activism, build coalitions, and generally move and inspire spectators to action. The work requires forging interdisciplinary connections between the fields of environmental science and studies and performance. Project activities include: panels and talks on the practice and history of environmental theatre; staged readings and performances of award winning plays from the Eco-drama festivals, as well as other works; development of courses on the history of environmental theater; and the publication of an edited collection of essays on performance and ecology.

Our relationship to the environment is an issue of urgent concern, and one that can and should be addressed by anyone engaged in critical and intellectual pursuits, including theatre artists and scholars. But despite the fact that ecological degradation will likely precipitate enormous social and political upheaval in the next century, and, with it, unpredictable and unimaginable effects on human communities and cultures—the kinds of concerns which have traditionally been prime subjects for the performing arts—theatre scholars and practitioners have been slow to engage environmental issues. 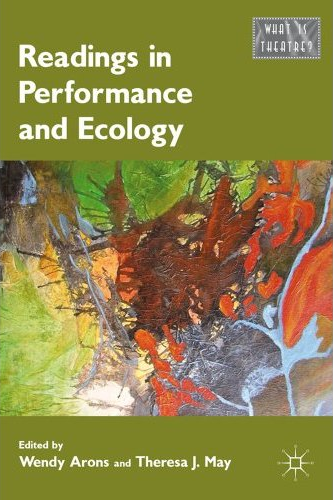 Edited by May and Arons, Readings in Performance and Ecology (2012), extends into print these researchers’ efforts to codify a significant and growing ecological sensibility in our collective professional imagination. It brings together essays from both scholars and practitioners that critically engage some of the key theoretical and practical concerns about how performance has or might function as part of the trans-valuation of values necessary to forestall ecological collapse.

Supported by the Center for the Arts in Society (CAS)