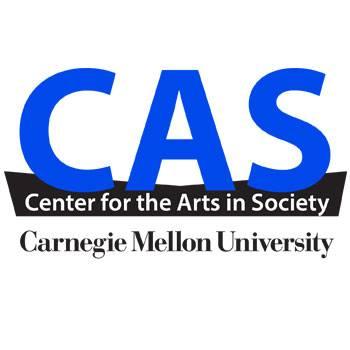 From 2000 through 2007 CAS supported annual postdoctoral and senior residential fellowships, provided a series of undergraduate courses, and established an undergraduate minor in Arts in Society. It sponsored several community programs, including Arts Greenhouse and Take Back the Hill, as well as a small grant program for artists and faculty. It hosted a series of events, including talks and panels, performances, and a conference on the topic of “Impermanence.” Center members and invitees to that conference collaborated in the production of book on that topic: (Im)permanence: Cultures in/out of Time(Pennsylvania State University Press, 2008).

In 2008 the focus and organization of CAS changed as it shifted away from supporting residential fellowships and toward supporting multi-year collaborative artistic and scholarly projects undertaken by Carnegie Mellon faculty members. This shift is facilitated under the rubric of three-year “Initiatives” on themes of interest to significant numbers of faculty from the College of Fine Arts and the College of Humanities and Social Sciences. Each Initiative is led by two co-organizers who, with the director, select three multi-year projects for support. A cross-college executive committee is also seated to advise the projects during the three-year initiative. Each Project has a leader or leaders, and involves different constituencies of people drawn from within and outside Carnegie Mellon University. The initiative organizers, executive committee members, and project leaders take an active role in supervising the projects, as well as other Center-sponsored talks, workshops, and public events relating to the topic of the Initiative. The named initiatives thus far have been: “Public Art” (2008-2011), “Media” (2011-14), “Performance” (2014 – 17), and Narrative (2017 -2020).

CAS seeks to actively participate in furthering the intellectual pursuits of the faculty in the humanities and the Arts by creating small focused events with visitors to campus. We have held workshops lead by most of the Center’s invited speakers. The workshops develop connections among faculty and with representatives of organizations in Pittsburgh through a planned series of discussions and debates framed by a subject and materials provided by the guest lecturer.

CAS has sponsored a wide range of talks, panels, events, exhibits and performances. Project directors have developed new undergraduate course offerings. These courses thematically relate to the subject of the project director’s investigation. CAS has also continued its support of the development of community programs with Lucky After Dark and continues to work with community partners.