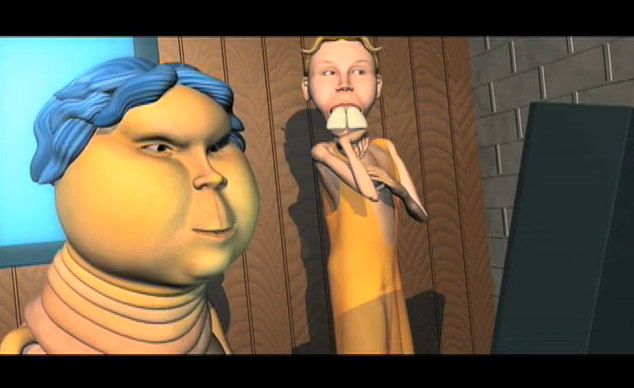 Directed by distinguished fellow, James Duesing, End of Code is constructed around the complicated lives of two groups of animal/human hybrid characters. Both groups are racing to try to get secret control of the city’s system of traffic lights. In order to hack into the system they must examine and decipher the social and behavioral codes of their culture. Embedded in the written computer code are their social codes of indirect flirtations, casual avoidances and not so passive aggressions. As both groups narrow in on the written code they infiltrate and spy on each other. During these covert activities the characters note and make comment on each other’s coded behavior. The animation concludes when both groups hack into the traffic control system at the same time only to cause all the lights in the city to flash a yellow caution signal, resulting in massive traffic jams and accidents.

End of Code was supported by the National Endowment for the Arts.