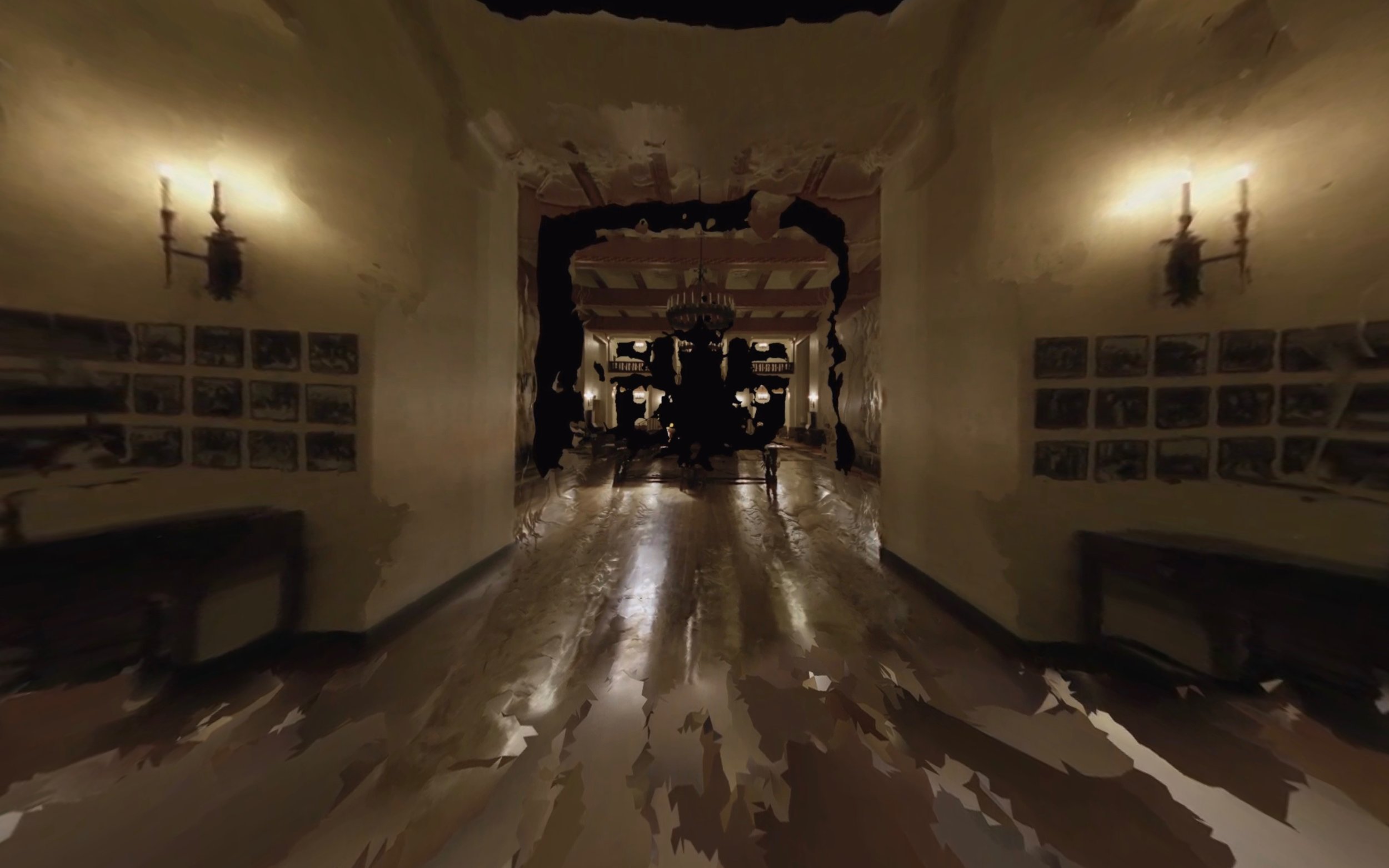 shining360 by Claire Hentschker :: Supported by FRFAF from STUDIO for Creative Inquiry on Vimeo.

shining360, by Claire Hentschker is a 30-minute audio-visual experiment for VR, derived from the physical space within Stanley Kubrick’s film, The Shining.

3D elements in the project were extracted and extruded from the original film stills using photogrammetry. The subsequent fragments were stitched together and can be viewed along the original camera path.

shining360 was supported by a grant from the Frank-Ratchye Fund for Art @ the Frontier (FRFAF)— an endowment founded to encourage the creation of innovative artworks by the faculty, students and staff of Carnegie Mellon University. With this fund, the STUDIO seeks to develop a cache of groundbreaking projects created at CMU — works that can be described as “thinking at the edges” of the intersection of disciplines.