The Sex and Gender in the Biotech Century project was a series of performances, publications and websites from the previous STUDIO Fellows Hyla Willis and Faith Wilding cyberfeminist art collective subRosa. This work addresses the need for non-specialists to know how sexuality, reproduction, body politics and medical treatments are being profoundly altered and affected by new bio and medical technologies, genetic engineering and research, and global cultural diffusion of these technologies. By researching the particular physical, economic, social, political, and emotional effects of these new technologies on different (groups of) women’s lives and bodies; and by disseminating this research through cross-disciplinary, entertaining, interactive and pedagogical workshops and performances, subRosa attempts to transmit critical information and education, as well as encouraging women to initiate and take full part in public forums and discussions about these vitally important contemporary issues. 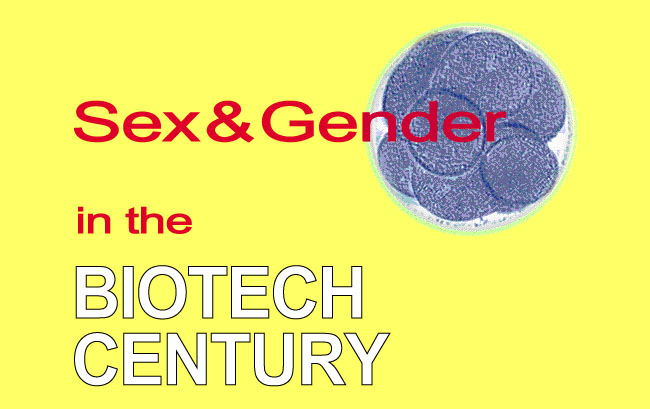 The overall purpose of this project was to produce tactical and pedagogical artworks which disseminate information and engage discourse about sex and gender issues. The works produced included a variety of formats of traditional media as well as video, performance hypertext, and electronic media as for example the Sex and Gender website. Part of Subrosa’s activities while at the STUDIO were the Sex & Gender in the Biotech Century website and the Biotech Sex and Gender Workbook. 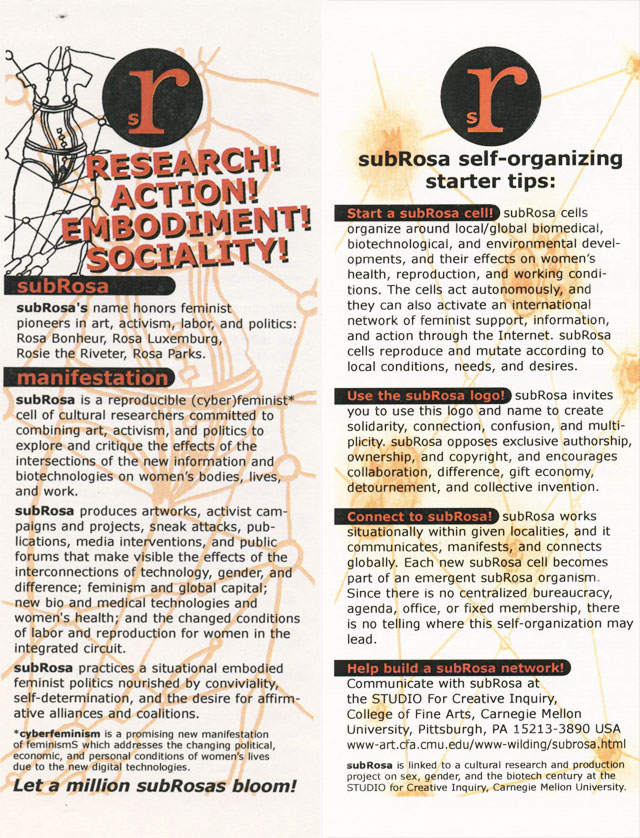 The content of The Biotech Sex and Gender Workbook included:
How to draw a vulva, 4 Ways of getting pregnant, IVF and drawing embryos, New Sex and Gender, The Human Genome, Applied Social Genetics/Eugenics, A Modest Proposal for the Biotech Century, and Mixer: select preferred traits. 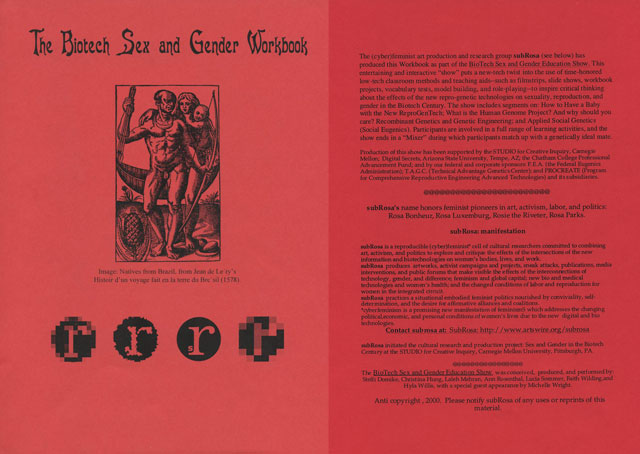