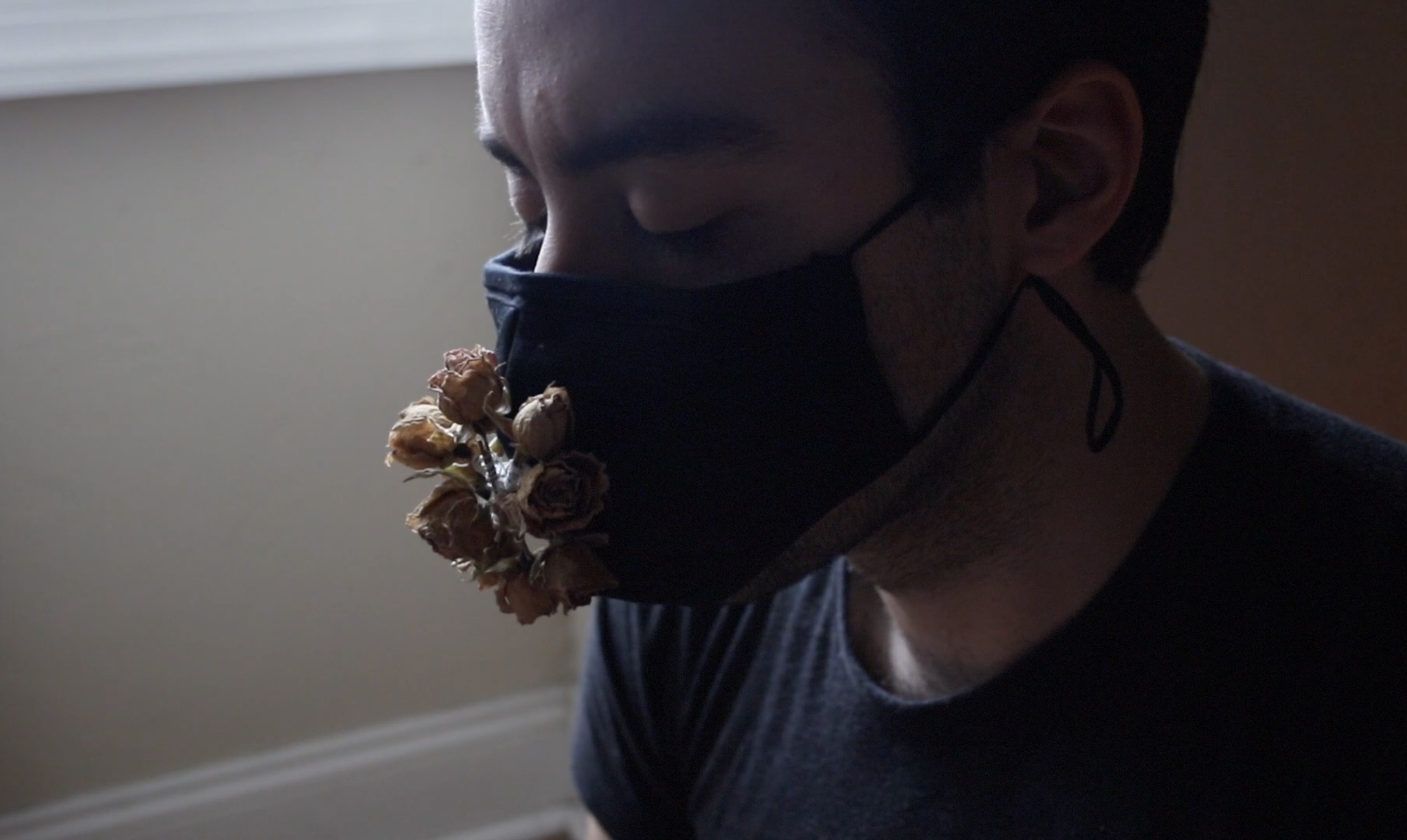 Environmental Interface for Interactive Sound by Dan Sakamoto :: Supported by FRFAF from STUDIO for Creative Inquiry on Vimeo.

Living Room was a participatory event developed by Dan Sakamoto, who writes:

“When formulating this participatory event, the concept was to create little creatures (wirelessly networked devices) that participants would interact with, aiming to stage the act of approaching and negotiating with an unfamiliar other that is stripped of the trappings of gender, racial, or species assumptions. This was a first iteration idea which would require constructing an entire fiction over top of what had begun as a theoretical set of interactions. The piece found its soul in the research of various practices: occult rituals, exercises from workshops led by performance group La Pocha Nostra, Annie Sprinkle and Elizabeth Stephens’ Ecosexuality movement, and Live Action Role Play, to name a few. The aim has turned to pulling out the elements of each that relate to my ideological aim (rehearsing an interaction with other beings in a context of heightened awareness and unfamiliar boundaries) and then synthesizing those elements into my own ritual/ceremony. This hybrid ritual approach will hopefully allow for a greater blurring of fact and fiction in the way participants experience and bring themselves into the piece.

From a system design perspective, not much has changed; still participants are wearing wirelessly networked devices which react to player actions and game events. By gamifying elements of rituals that come from niche or stigmatized fields, I’m hoping to open up their lessons to a new audience.

Recently, I constructed a large meditative space and held a workshop where participants moved from meditation and tarot to movement La Pocha Nostra exercises (e.g. exploring the space in darkness, creating sculpture’s with other participants’ bodies). Although I considered testing some of the sound­-generating wearables here, I opted in the moment to keep this first workshop tech­-free, as it seemed important to focus on gaining familiarity with hosting and leading the exercises in their original forms first. Separately though, I’ve been testing several techniques for allowing participants to uncover audio in interactive, tactile ways: a glove with embedded speaker, a mask with embedded speaker, objects that produce sound when a magnet is held near them or when they are touched. I created a short demo video of an ecosexually­-inspired audio interface idea: a pot of soil that containing an audio signal that can be uncovered through touch.

I’ll be working on testing more activities with willing test subjects and building a framing device around the ones that work best. One idea for the direction this could go is for the final event to take the form of a multipart seance, with players channeling the sounds of spirit characters in the space. I’m interested in testing a technology like iBeacons for the ability to track player locations throughout the space, allowing me to move beyond set pieces that must be touched to channel audio, towards audio that can be triggered based on movements and proximity.

Note: Name has been changed to “Living Room” from the working title “Cymothoa Exigua”. Naming it after a tongue-eating parasite was a humorous working title for an abstract exercise involving sound­-generating masks, but doesn’t really fit the mood of the current direction.”