EventScope was a 3D, Networked Robotic Learning Environment designed to allow students to virtually explore remote places like Mars and other planets from their computers. It used data from NASA exploration missions to involve students in the exploration of these locations, assuming the role of space scientist from their own classrooms. To do this, the project team, led by Peter Coppin, adapted NASA’s virtual world data sets to internet-friendly protocols so students could “virtually visit” the sites of real science missions through activities that explore each mission within an interdisciplinary curriculum designed to meet national education standards. An interactive, modularized curriculum was designed to let teachers adapt the EventScope learning tool to the realities of their individual classrooms. 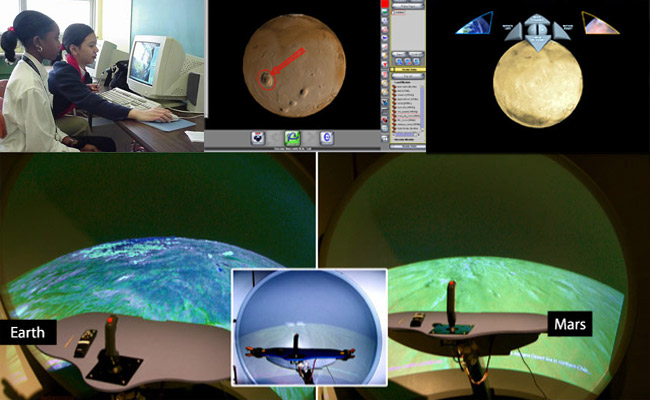 EventScope builds on Big Signal 2000, a web-based educational tool that gave students hands-on experience of the NASA/CMU Robotic Search for Antarctic Meteorites. In 1997 when the Nomad Rover became the first robot ever to discover a meteorite without human intervention, students at five Pennsylvania middle schools were right there with it. 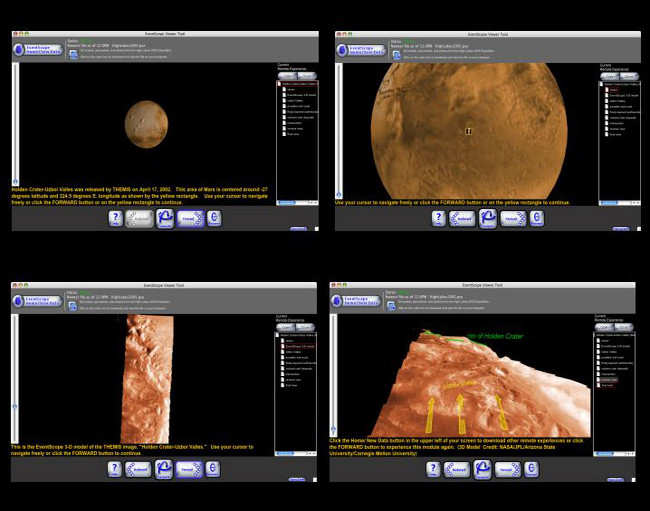