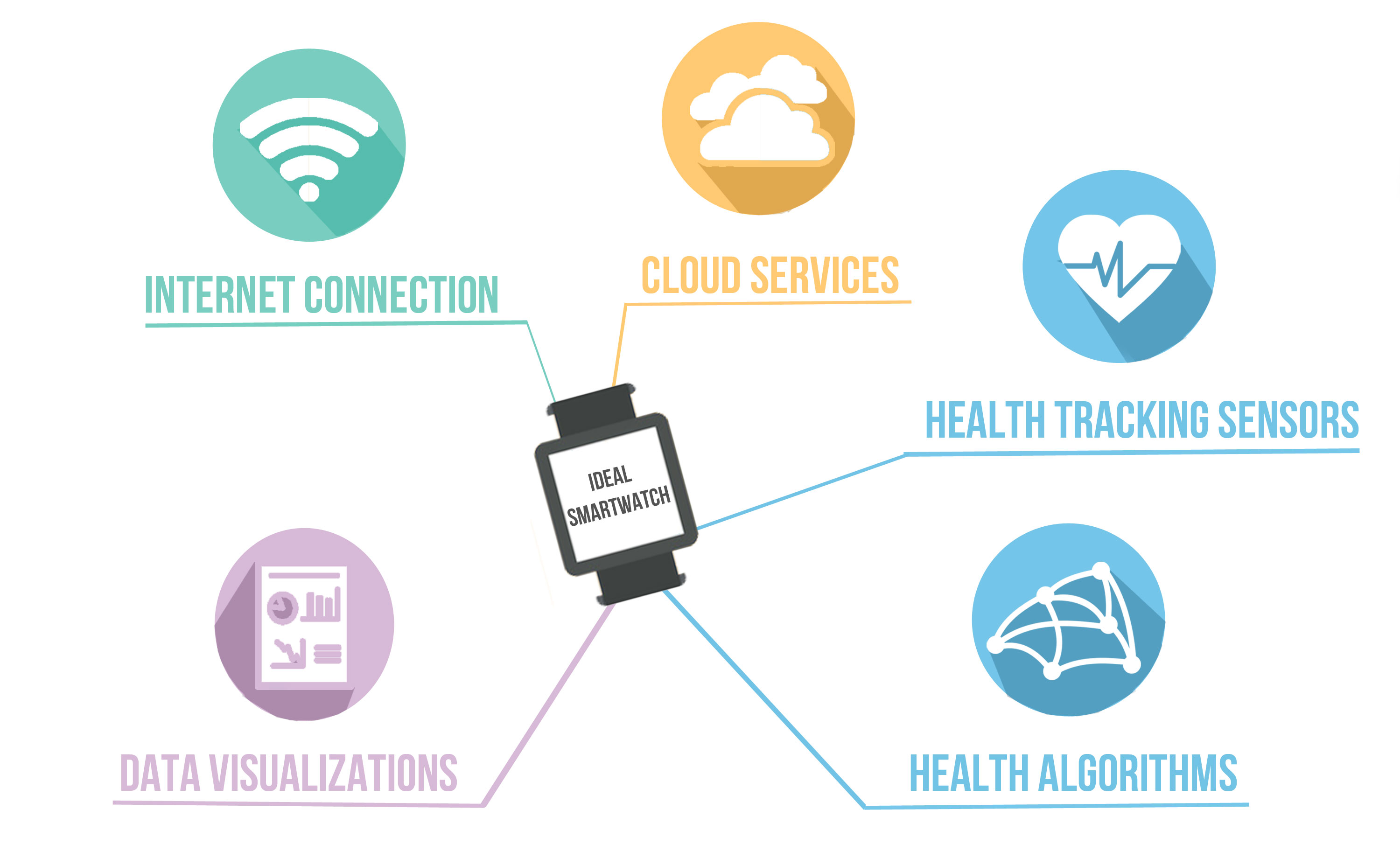 Graduate student Amy Friedman proposes a real-time feedback framework based on Competition, Cooperation and Personal Fitness. Competitive Togetherness is a Pebble Watch App that allows people to compete in teams and focus on healthy living through activity and sleep. Personal fitness data from Fitbit Bands is utilized and converted into points. This thesis was a design implementation to a futuristic smartwatch and what that might entail.

68% of US adults are considered overweight.

Wearable fitness technologies have been incorporated into many peoples everyday lives to track health data. Fitness systems have focused on single users or multiple users in competition with each other. Most fitness software have a detailed daily report of sleep and activity (some heart rate tracking has begun to be incorporated), but none have explored the gamification of team competition to encourage healthier living and extend user retention.

In this thesis project, a smartwatch app is created to gamify team fitness and social interactions that encourage maintenance of personal health goals. A Pebble watch is used as the main visualization and team interaction app and users health and fitness data are taken from Fitbit bands. There are three components to Competitive Togetherness focusing on gamification of team data and allowing for personal goals and fitness 1) Leadership Board to show team positions in competition, 2) Team Board displaying teammates daily accomplishments and 3) Personal Board visualizing users own data.

Based on the research conducted Amy Friedman determined the key features that would make up Competitive Togetherness.

Leaderboard to display the competition between the teams. Leaderboards have been utilized to motivate users to be more active through social influence of competition. Several designs were explored but the utilization of bars allowed for a quick visual comparison to understand difference rather than just showing numbers.

Team Board to allow for teammate comparison and cooperation. In several products listed above users have solely viewed others data to create competition in groups, but also foster collaboration through social comparison.

Teammate Card this page allows for players to gain an in-depth understanding of their teammates and scores. Players also have the ability to cheer or nudge their teammate to encourage their fitness.

Nudging/Cheering feature where users could Nudge or Cheer their teammate in order to motivate or praise their efforts. Users need a way to bond with their teammates to encourage achieving healthy behavior goals.Nudging is meant to indicate a positive inspiration for teammates to help improve their stats when they have lower scores. Cheering is meant to praise teammates for living healthy and to keep up their hard work. These features are meant to increase users involvement

Personal Board to focus on users own self data and improvements. The team components are additive features to motivate users more, but the main result is for each player to achieve personal goals daily.

The purpose of the study is to explore motivation of personal fitness in regards to team competition. This is an exploratory study prototyping a mobile interface, designed to motivate later research questions relating to importance of teams in regards to continued fitness achievement.  Friedman is seeking to understand effective methods to enhance users usage of fitness wearables through social internet community and competition. The design was prototyped through understanding the interactions between devices used, sketches and user flows.

This is a high level explanation of the system interactions. Competitive Togetherness consists of 3 interaction components: the Fitbit, the Pebble Watch and a smartphone. The Fitbit is used to collect user data, the Pebble Watch is used to visualize the personal fitness and team gamification data, and the mobile phone is used to connect the devices by Bluetooth to retrieve updates through the Fitbit App and Pebble App downloaded from the App Store.

The backend is programmed in Javascript integrated Node.js as a server, Fitbit Web API to authorize access to user sensor data, MongoLab to store the created collections of team and user information, and Pebble Storage to retain user information.

Overall participants felt positive about the application and felt it added to the current features existing in the market. Participants appreciated being apart of a team and felt that with some edits to the application details it would increase levels of motivation. The accessibility of data on the wrist was received positively as otherwise users would have to look at their phones for this information. Overall the Application rated a 6.375 out of 7 among participants for pleasant usage.

Competitive Togetherness was created with support from a microgrant from the Frank-Ratchye Fund for Art @ the Frontier (FRFAF) — an endowment founded to encourage the creation of innovative artworks by the faculty, students and staff of Carnegie Mellon University. With this fund, the STUDIO seeks to develop a cache of groundbreaking projects created at CMU — works that can be described as “thinking at the edges” of the intersection of disciplines.