The Community Forest Project is an inquiry into the role of woodlands as community and cultural assets, led by project directors Constance Merriman and Thomas Merriman. A Community Forest is any forest managed by a community or government for the benefit of society. They provide social, economic and environmental benefit to the community and contribute to the overall well being of the culture. Some historic models of managed Community Forests exist in England, Australia, and New Zealand. Also, various hunter gatherer cultures around the world continue to practice intensive stewardship of the forests they live in, and the health and vitality of these forests are central to the well being of these cultures. Most often, the degradation or loss of these forests leads to the disintegration of the culture they sustain. 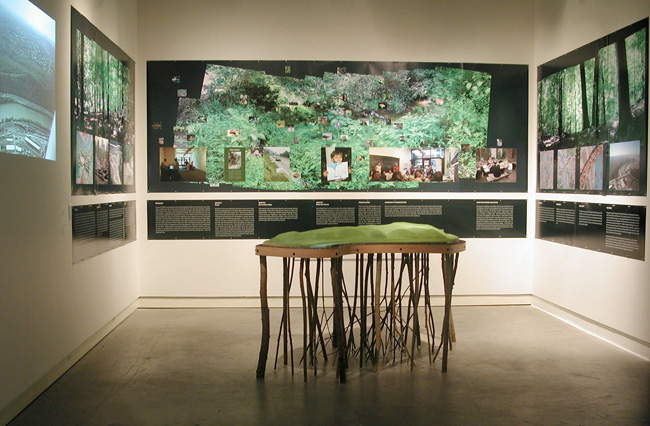 For more than 20 years Thomas Merriman has pursued an inquiry with his collaborator and partner, Constance Merriman, into the relationship between cultures and the natural environments they exist in, with focus on the effects on these cultures when their environments are damaged. In recent years this investigation has focused on the cultural and environmental impact of the loss of Appalachian forests caused by modern coal mining practices. The scale of mining activities in the last decade has increased to a level that makes this a global, rather than a regional concern. In the late 1990’s and early 2000 they conducted firsthand research in West Virginia communities focusing on the cultural and environmental consequences of Mountain Top Removal (MTR) coal mining practices. In 2004 Thomas and Constance Merriman were invited by STUDIO fellows Tim Collins and Reiko Goto to participate in the Monongahela Conference on Post Industrial Development, and the subsequent Groundworks exhibit. As part of the conference, they conducted a residency in the city of Homestead where we focused on Hays Woods, Pittsburgh’s largest undeveloped forest, which was threatened by proposed MTR mining and development. As fellows, we have argued for the preservation of Hays Woods, and have used it as a catalyst for a public dialogue on the role of urban greenspace and the value and benefits of community forests. In 2007 the Pennsylvania Department of Environmental Protection denied the developer’s permit application for mining Hays Woods. The developer challenged the denial in court, who ruled in favor of protecting the forest.

Community Forest Project was supported by the Sierra Club. 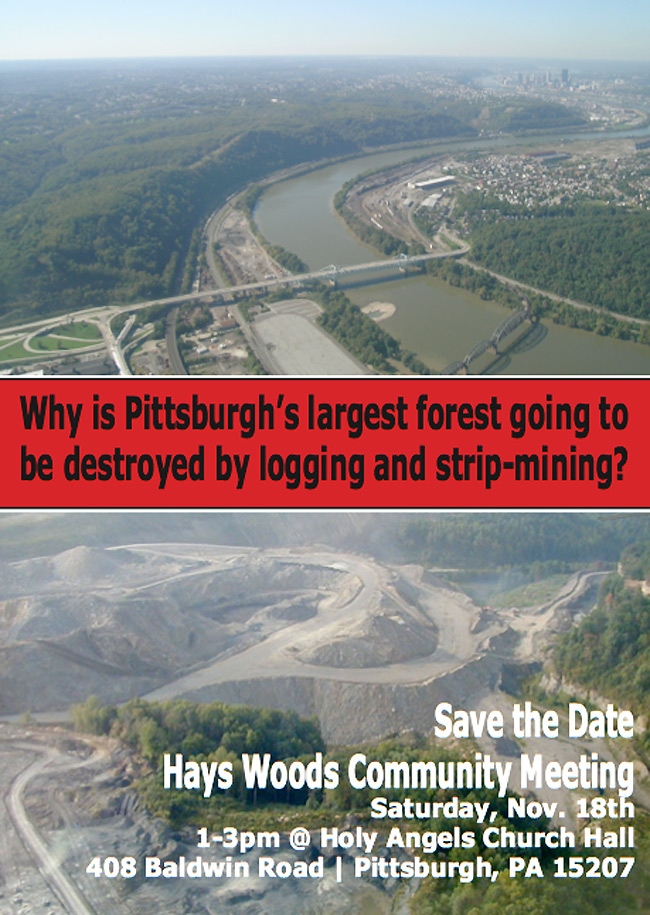