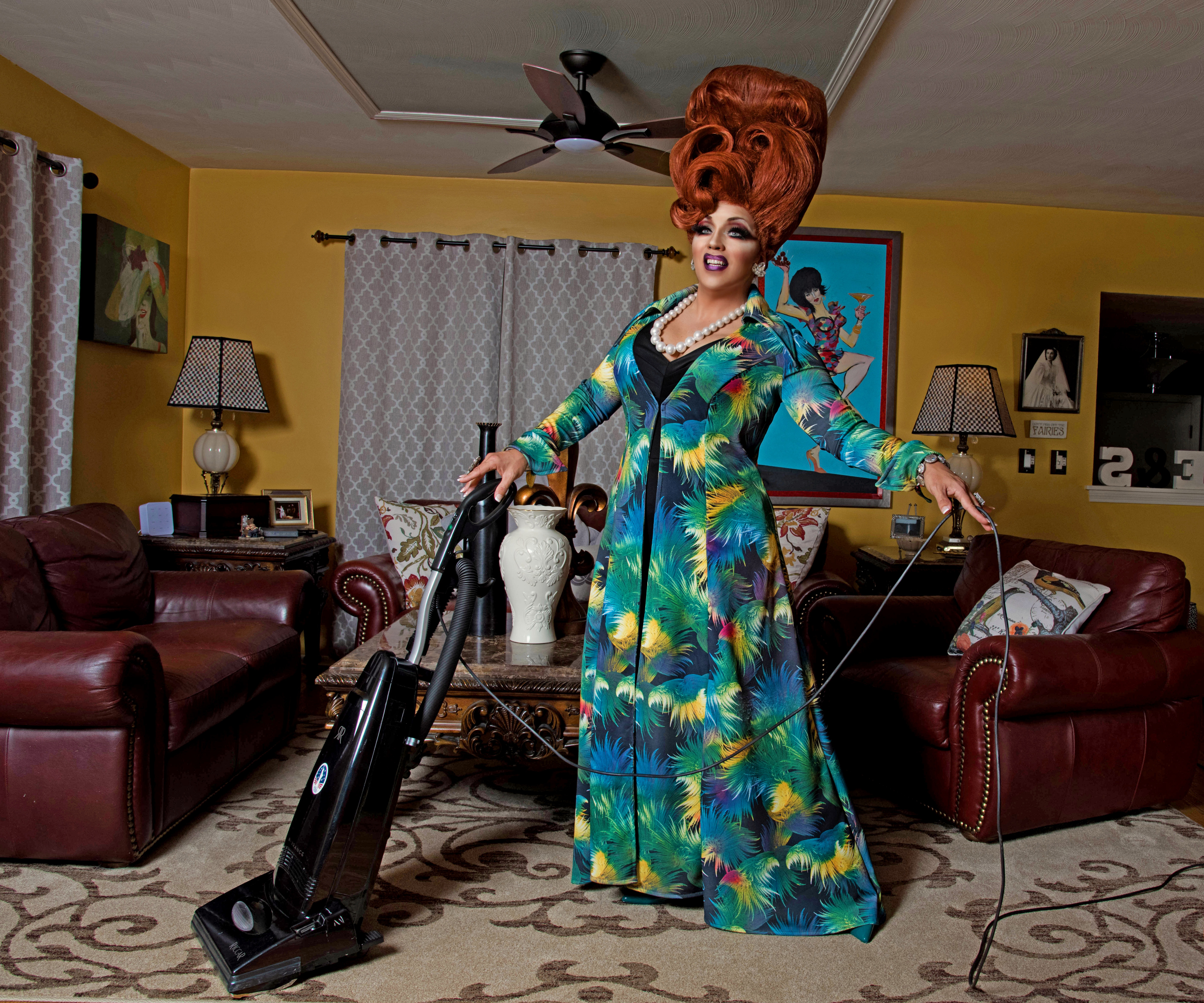 Mrs. Kasha Davis (@kashadavis) is the stage name of Edward Popil, an American drag performer, actor and television personality based in Rochester, New York. Mrs. Kasha Davis is known for competing on the seventh season of RuPaul’s Drag Race and can be seen in her touring one-woman-show There’s Always Time for a Cocktail. After appearing on the reality television show, MKD has toured internationally, released several musical singles and performs regularly in theaters, clubs and on television and in film. Mrs. Kasha Davis is a “lady,” an international celebrity housewife, and that maternal-like character that’s just a hoot and a holler at family functions. The drag performer grew up in Scranton, PA, graduated from Marywood University with a BA in Theatre, and was a principal dancer in the Ballet Theatre of Scranton.

The event will include a short lecture by drag performer Mr. Kasha Davis in dialogue with CMU School of Art Professor Angela Washko in conjunction with her project “Workhorse Queen.” The event will additionally feature an Ask-Me-Anything audience participatory conversation.

This lecture is made possible by the Sylvia and David Steiner Speaker Series and the Frank-Ratchye STUDIO for Creative Inquiry at Carnegie Mellon University.

TQ Live! presents a queer evening of dazzling performance, dance, poetry, comedy, resplendent fantasies, music, and more. This fifth annual performance series features artists and performers from the many LGBTQIA communities in the Pittsburgh region. This program is produced by Scott Andrew, Joseph Hall, and Suzie Silver.  This project is supported in part by the Carnegie Mellon University School of Art, the Center for the Arts in Society, and the STUDIO for Creative Inquiry’s Steiner lecture series.

Atom Atkinson is a poet living in Western NY, a doctoral student at University of Utah, the Director of Literary Arts at Chautauqua Institution, and 1/6 of the poetry collective Line Assembly. You can follow them on Twitter@AtomAtkinson.  Recent work can be found here: https://www.biglucks.com/journal/atom-atkinson

Mrs. Kasha Davis (MKD) is the alter ego of Ed Popil, Season 7 contestant on RuPaul’s Drag Race. A “lady”, an international celebrity housewife and that maternal like character that’s just a hoot and a hollar at all of our family functions.   MKD graduated from Marywood University with a BA in Theatre and was a principal dancer in the Ballet Theatre of Scranton. MKD grew up in Scranton PA in the 70s & 80s, tales of which can be heard in her one woman show “There’s Always Time for a Cocktail”.  Find more info here: http://kashadavis.com/Home.html

Vanessa German makes art that calls in to reckoning, the submerged narratives that bridge the intersections of intellectual, physical and spiritual space.  Her work considers the living ricochet of racism and its attendant traumas on the body, spirit, and earth in the simultaneity of time. She is a 2018 USA artists fellow, and winner of the 2017 American Academy of Arts and Letters Jacob Lawrence Prize.

Joseph Hall
Joseph Hall is a black, queer, transracial adoptee, podcast lover, creator, critic, and youngest of five. He is Deputy Director at BAAD! Bronx Academy of Arts and Dance as well as a producer, curator, and performer working in NYC and Pittsburgh. As a performer, Joseph has worked with choreographers Staycee Pearl, Maree ReMalia, Lida Winfield, and Jasmine Hearn, video artist Suzie Silver. IG: pizzatime_usa

Rickey Laurentiis
Lannan Fellow and Whiting Award winner, Rickey Laurentiis is the author of Boy with Thorn, winner of the Cave Canem Prize and the Levis Reading Prize, among other honors. He is currently the inaugural Fellow in Creative Writing at the Center for African American Poetry and Poetics, University of Pittsburgh.

Suzie Silver creates art that alludes to the capacity for desire to disrupt social boundaries and imagine new futures. Her well-known early videos, Freebird and A Spy are canonical works of queer video art.  Her videos have screened at over one hundred festivals on five continents. Her ongoing collaboration, “Fairy Fantastic!” a fairy and folk tale video series for gender non-conforming kids of all ages, has screened at festivals in Belarus, London, Portugal, Romania and Australia. www.suziesilver.com

theatriQ
theatriQ is an LGBTQA+ youth ensemble with Dreams of Hope, a arts organization supporting queer and trans young folks in the Pittsburgh region. The ensemble creates original work addressing LGBTQA+ themes including a full length play every year. The music group writes, composes, and performs music for all theatriQ productions. The group released their first album, Home, is 2016.  Find their music on iTunes, Spotify, and here: https://store.cdbaby.com/cd/dreamsofhope

Theodore Rexx
Baltimore-based DJ Theodore Rexx’s dynamic fusion of pop music with global and club beats frequently results in many unexpected twists and turns on the dance floor. As a multi-instrumentalist, he has also laid down the rhythm for numerous artists and bands, most notably as a percussionist with the Baltimore Ravens Marching Band.  Find more info here: http://theodorerexx.com/about-rexx/