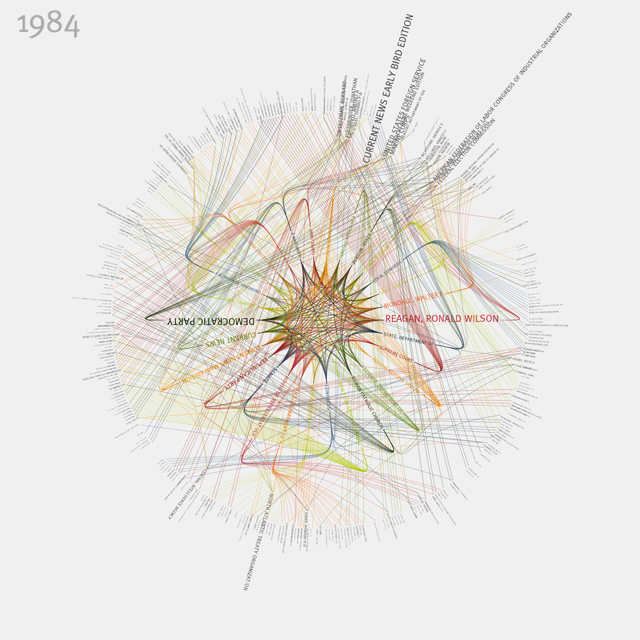 Jer Thorp is a computational designer, artist and educator concerned with the visualization of large data and the many-folded boundaries between science and art. A former geneticist, Thorp has visualized the UK’s National DNA Database, mined Twitter data to find people’s travel paths, visualized 10 million phone records, and mapped traffic in some of the world’s busiest sea ports. He is currently designer-in-residence at the New York Times, creating experiments in computational visual journalism in the Research & Development group.

Thorp’s award-winning software-based work has been exhibited in Europe, Asia, North America, South America, and Australia and all over the web. Jer is an instructor in Langara College’s Electronic Media Design Program, and a frequent guest lecturer at the University of British Columbia and Emily Carr University. He has produced work for clients including Honda, The Canadian Broadcasting Corporation, FOX, and the LA Kings, and is a contributing editor for Wired UK.

This event is co-sponsored by the CMU School of Art Lecture Series.