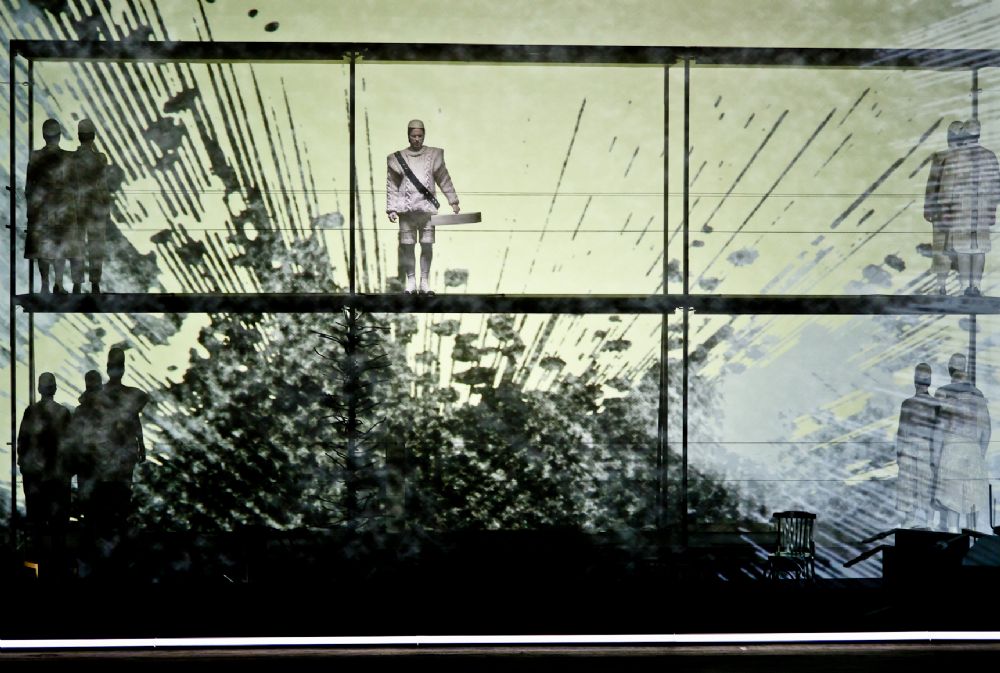 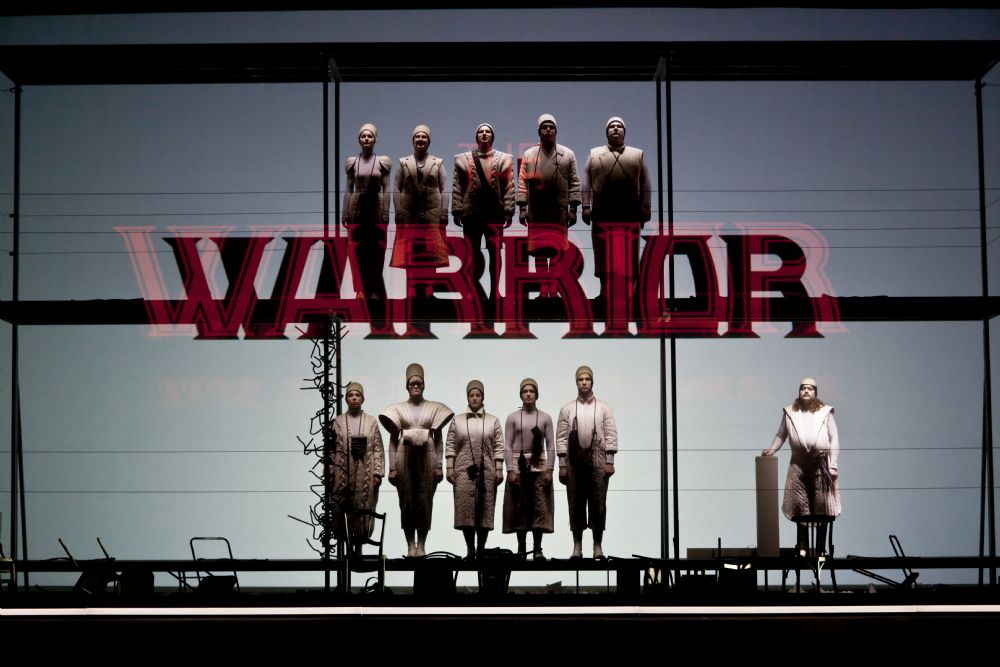 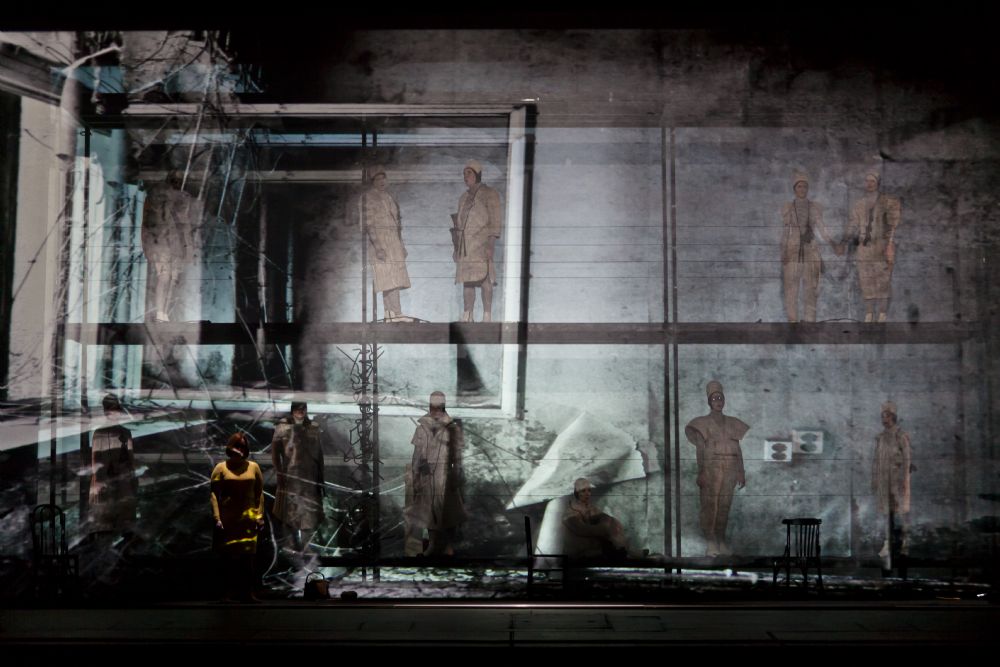 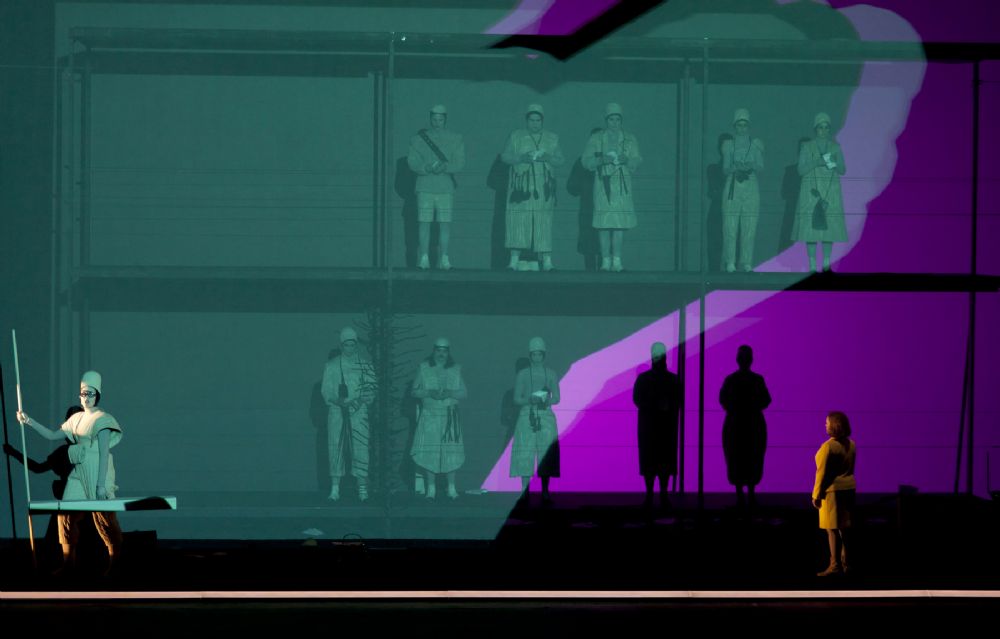 Join us Sunday, April 17 at 12PM (EST) for a Screening of Hotel Pro Forma’s “WAR SUM UP: Music, Manga, Machines,” followed by a Q&A with Hotel Pro Forma Founder, Kirsten Dehlholm, moderated by Ivan Talijancic (CMU-Drama Special Visiting Faculty in the John Wells Directing Fellowship). Please RSVP!“WAR SUM UP” tells a story of war through three main characters; the Soldier, the Warrior, and the Spy. Each story is intensified and enlarged when the voices of the Civilians are heard, as a large choir (Latvian Radio Choir). WAR SUM UP combines several musical expressions and styles. Newly composed classical music creates a spheric, electronic sound image. Original pop-music describes the three characters with a mix of chamber pop and electronica, entangling man and machine. The old world meets with the new when old texts unfold in the electronic universe to tell the never-ending story of war. Read more.

Kirsten Dehlholm (she/her) has worked with performance art since 1977. She is the founder of Hotel Pro Forma (1985-). Kirsten Dehlholm’s current work includes concept and direction for Hotel Pro Forma, as well as directing opera, theatre, and performance art internationally. Hotel Pro Forma is a production company of performances and exhibitions. Every production is a new experiment and contains a double staging: contents and space. The architecture and the traditions of the venue are part of the performance as a co-player. Perception, perspective and themes from the world today intertwine with each other in a conceptual, visual and musical work of art. Each production is the result of a close collaboration of professionals from many disciplines: the visual arts, architecture, music, film, literature, science, and digital media.The productions by Hotel Pro Forma are characterized by immense diversity, as the space, concept, collaborators, and performers change from one work to the next. Hotel Pro Forma has created performances for museums, public buildings as well as for theatres in Europe, Asia, Australia, Russia, Canada and USA. Kirsten Dehlholm and Hotel Pro Forma have received many prestigious awards from important Danish and European Arts Institutions. In 2015, she was awarded with the distinguished Artist Award for the Performing Arts (ISPA) as well as the Danish Honorary Reumert Award for her lifelong work.

His first independent feature film in-the-making, 416 MINUTES（416分) will had an avant-premiere screening at the Films Like No Other film festival on the island of Brač, Croatia in August 2021. He is currently developing his second screenplay for a science-fiction film titled ÌD.

He is currently developing a new immersive, site-specific performance, TRACES, based on the work of Sophie Calle, in collaboration with the playwright Rachel Jendrzejewski. 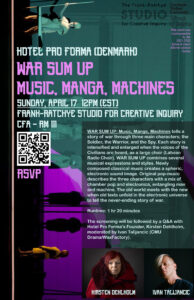 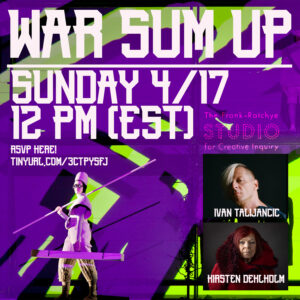