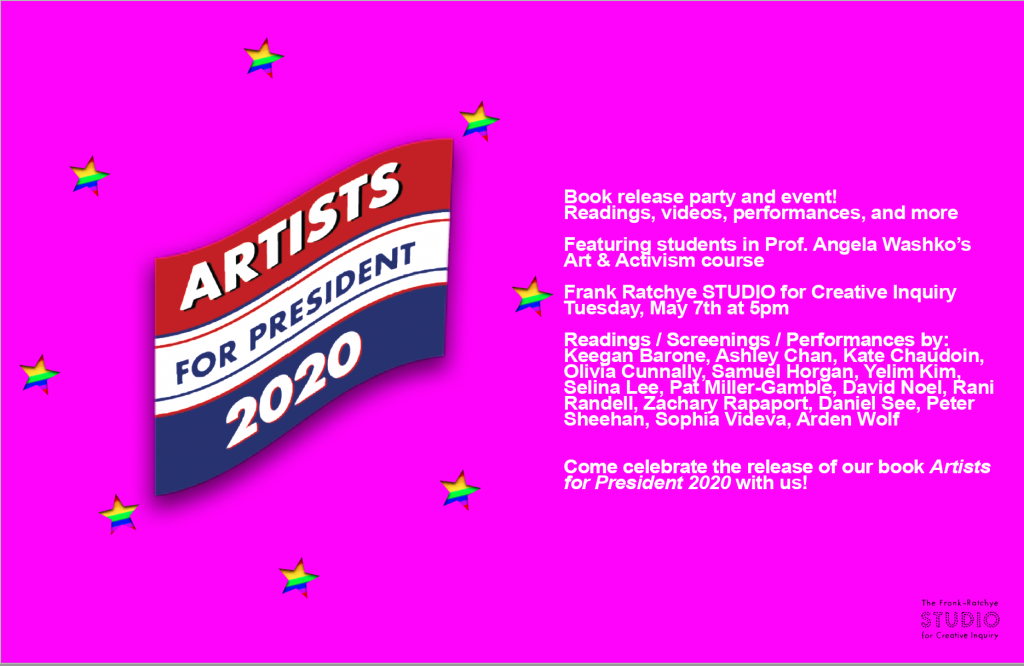 Throughout this semester, students in Art & Activism investigated the relationship between art and activism – creating a canon for artistic activism through topics including artists’ participation in broader social movements, direct action, institutional critique, political art in unusual contexts, everyday acts of dissent, collectives and intentional communities, and metrics for success across fields. We explored intersectional issues by focusing on artists, activists and collectives embedded in social movements focused on the liberation of oppressed groups, income inequality, housing justice, ecological justice, immigration, mass incarceration, labor exploitation, surveillance and more. Students in the course produced a body of written polemical texts responding to critical readings as well as zines, tactical performance schematics, calls to action against institutions in a variety of forms and more. Some of these projects are represented in their book Artists for President 2020, which will be released in conjunction with the event at the STUDIO for Creative Inquiry.

The event will feature readings/screenings/performances by: