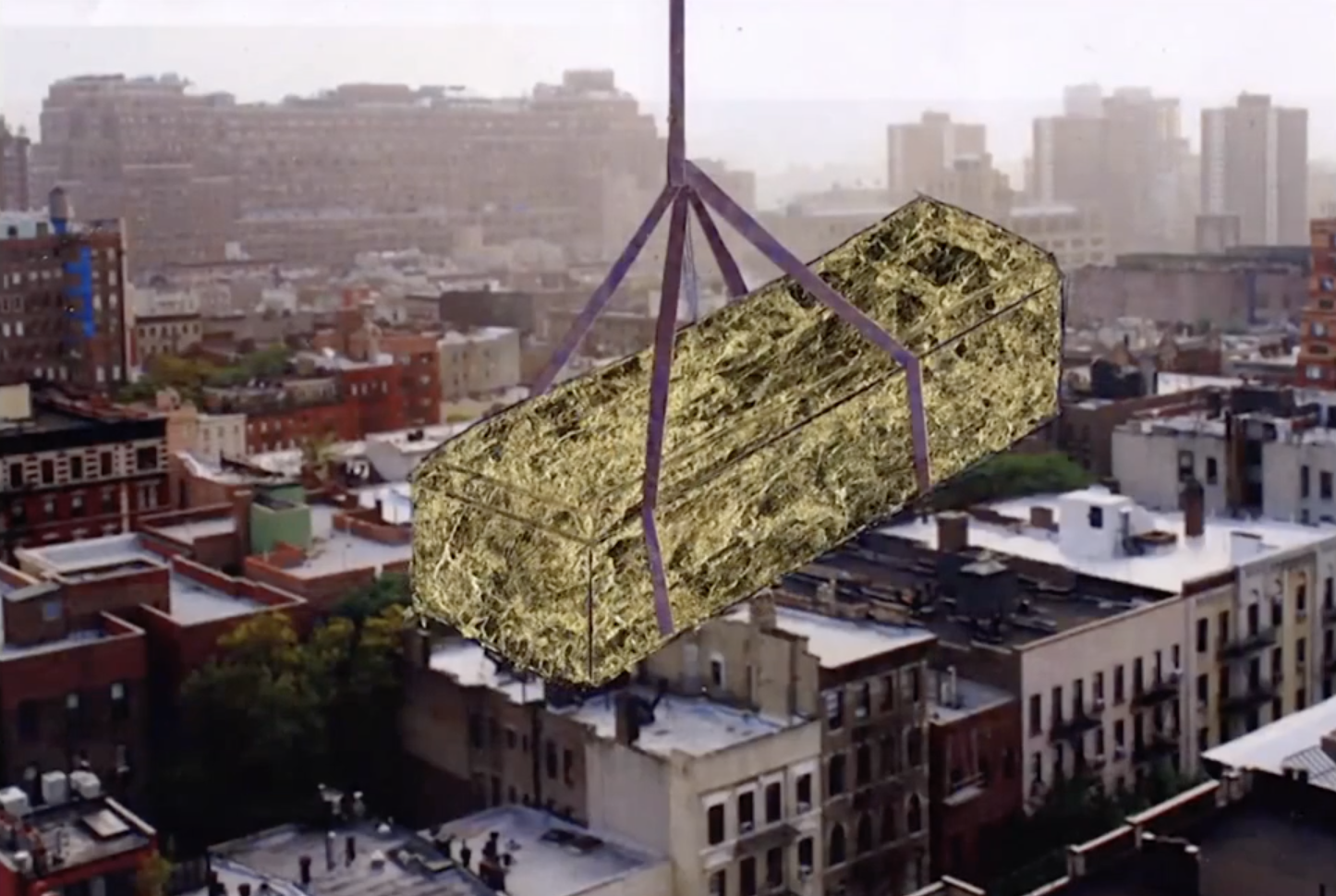 Between a Stone and a Shrine by Oreen Cohen :: Supported by FRFAF from STUDIO for Creative Inquiry on Vimeo.

Between a Stone and a Shrine, created by Oreen Cohen, is a cinematic experience featuring a gilded gold leaf casket airlifted over the city of Pittsburgh. In Braddock, PA, a group of people will be awaiting the casket’s arrival and lead it in a procession to a grave in an abandoned lot.

“My hope is that this gesture will resonate within the community to perpetuate positive action in Braddock’s revitalization efforts,” says the artist. “Symbolically, placing this gilded casket underground acts as a seed to re-generate growth in urban communities. Helicopters used in mercy flights, news casting, war and surveillance create a sense of urgency; within my video, I am using the tensions of a helicopter to communicate the necessity of solidarity within the community. The monumental gesture with a golden casket alludes to an alchemical idea that death is a transition and not a finality. The event and final video will function as a social allegory that extracts layers of symbolism and mythology to provide a narrative of hope, preservation and transformation for post-industrial neighborhoods.”

The goal of the project is to permeate the local history and mythology by translating social tensions into narratives. The stories told by the participants and witnesses will, if passed on, persist and become a myth that survives the event itself.

Between a Stone and a Shrine was supported by a grant from the Frank-Ratchye Fund for Art @ the Frontier (FRFAF)— an endowment founded to encourage the creation of innovative artworks by the faculty, students and staff of Carnegie Mellon University. With this fund, the STUDIO seeks to develop a cache of groundbreaking projects created at CMU — works that can be described as “thinking at the edges” of the intersection of disciplines.

Oreen Cohen is a graduate student in the School of Art at CMU.