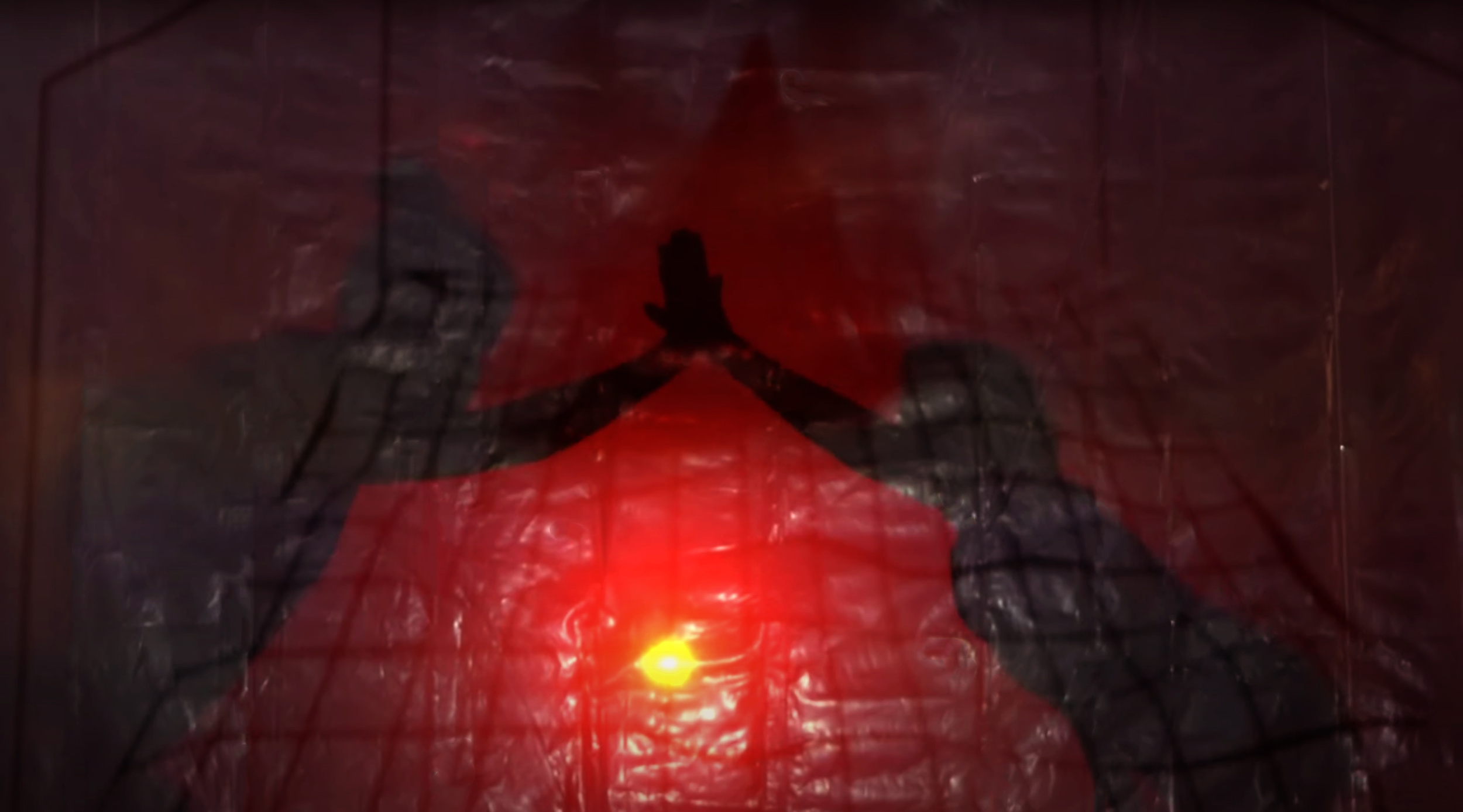 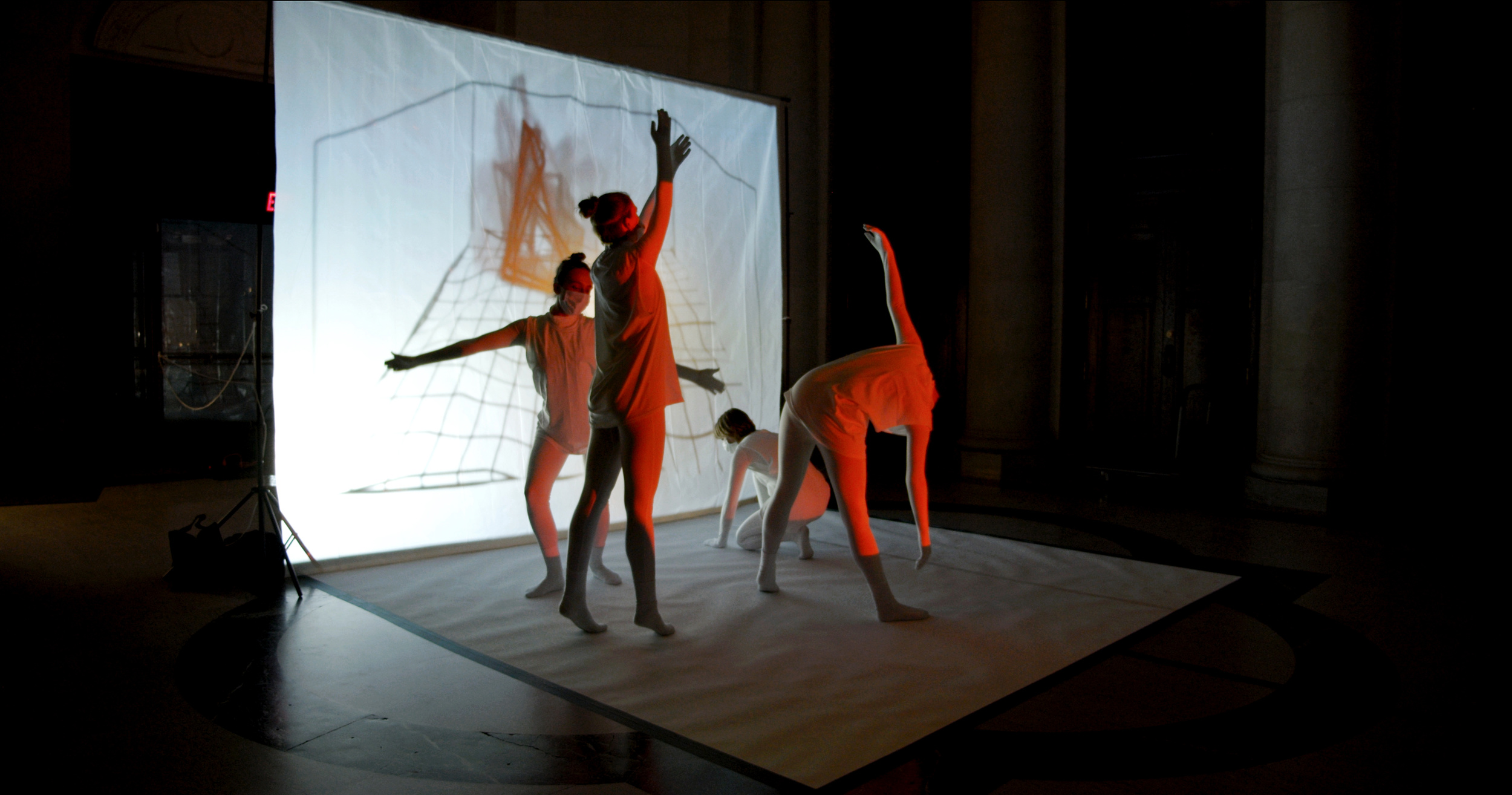 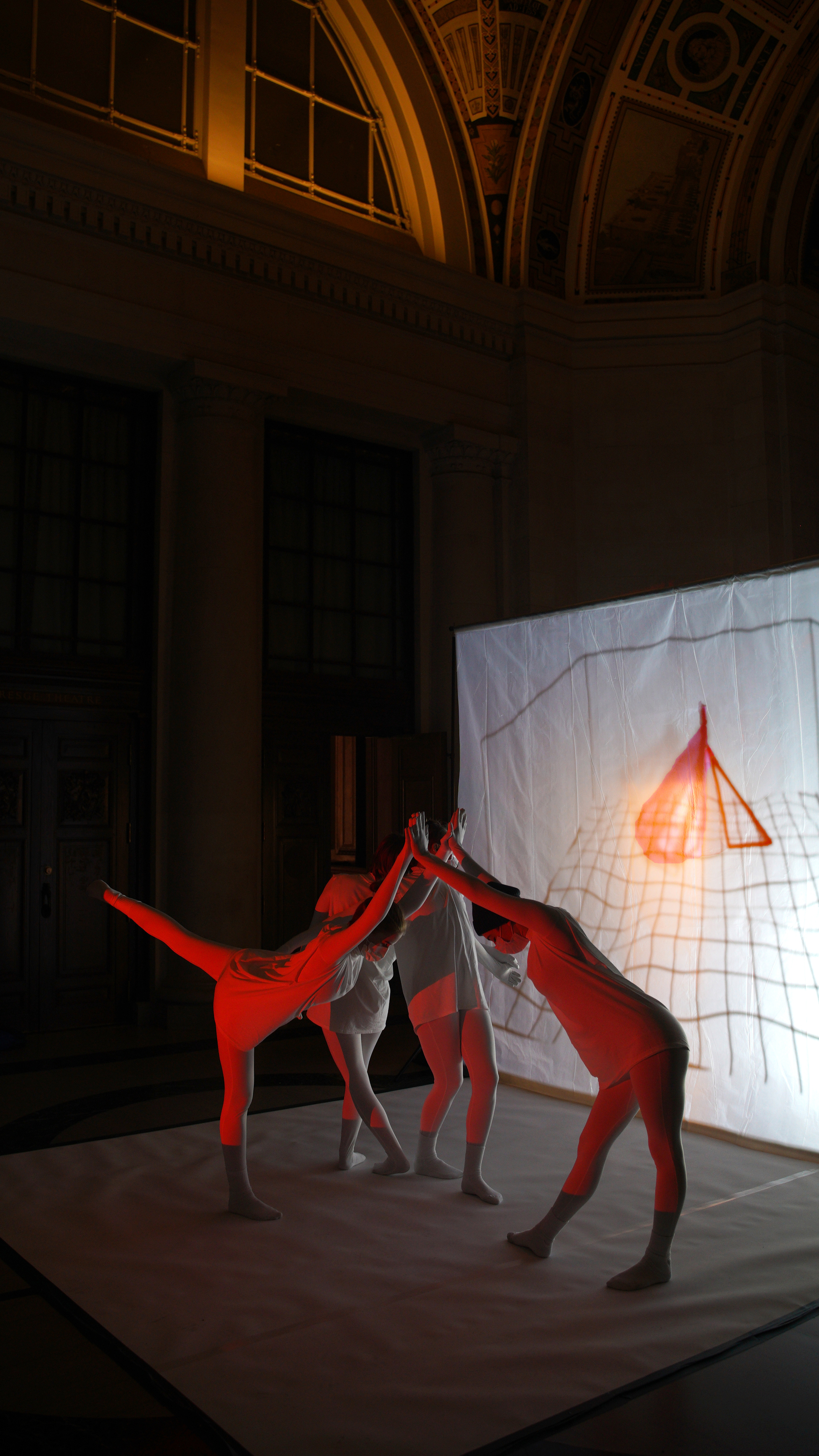 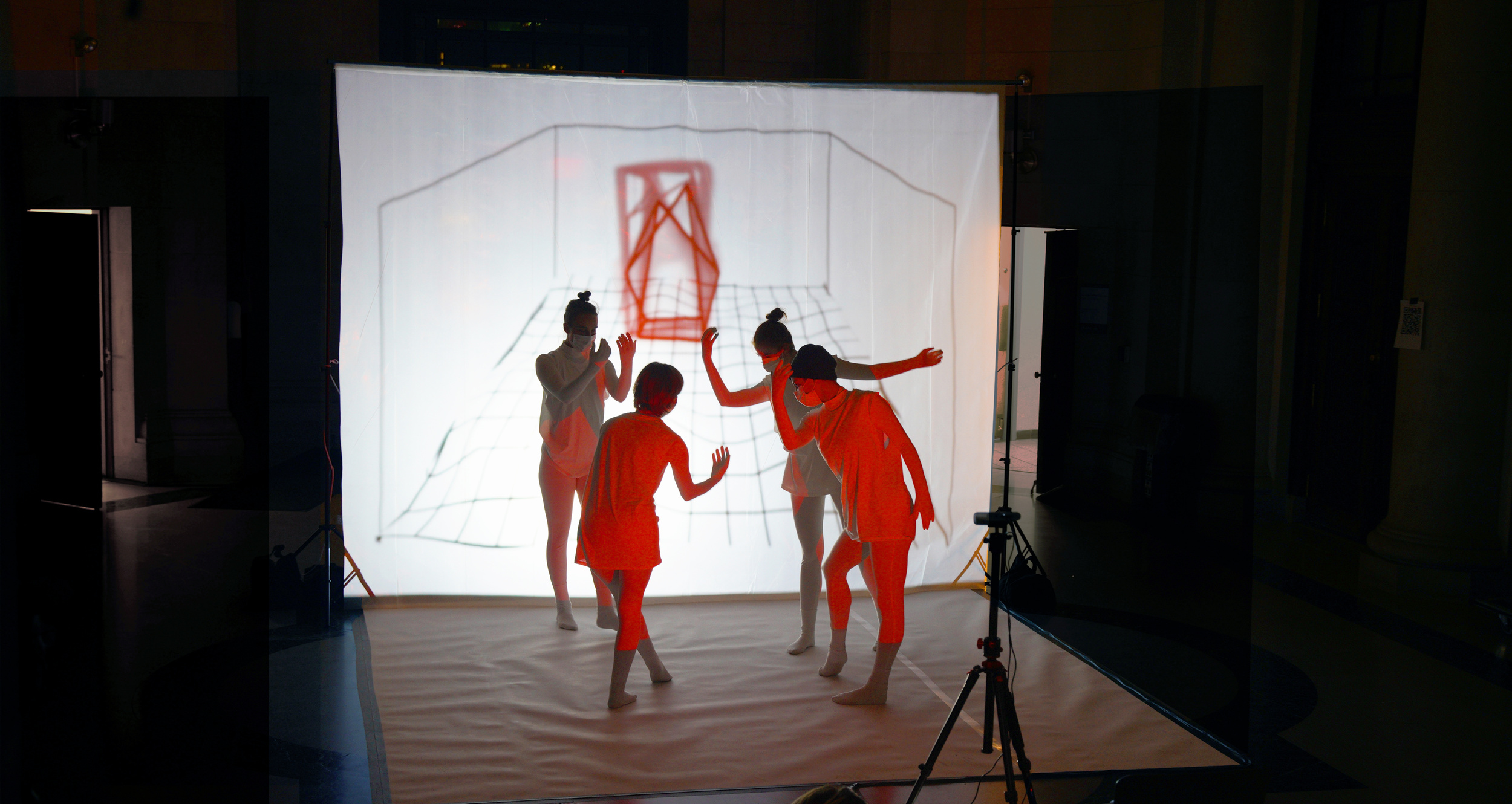 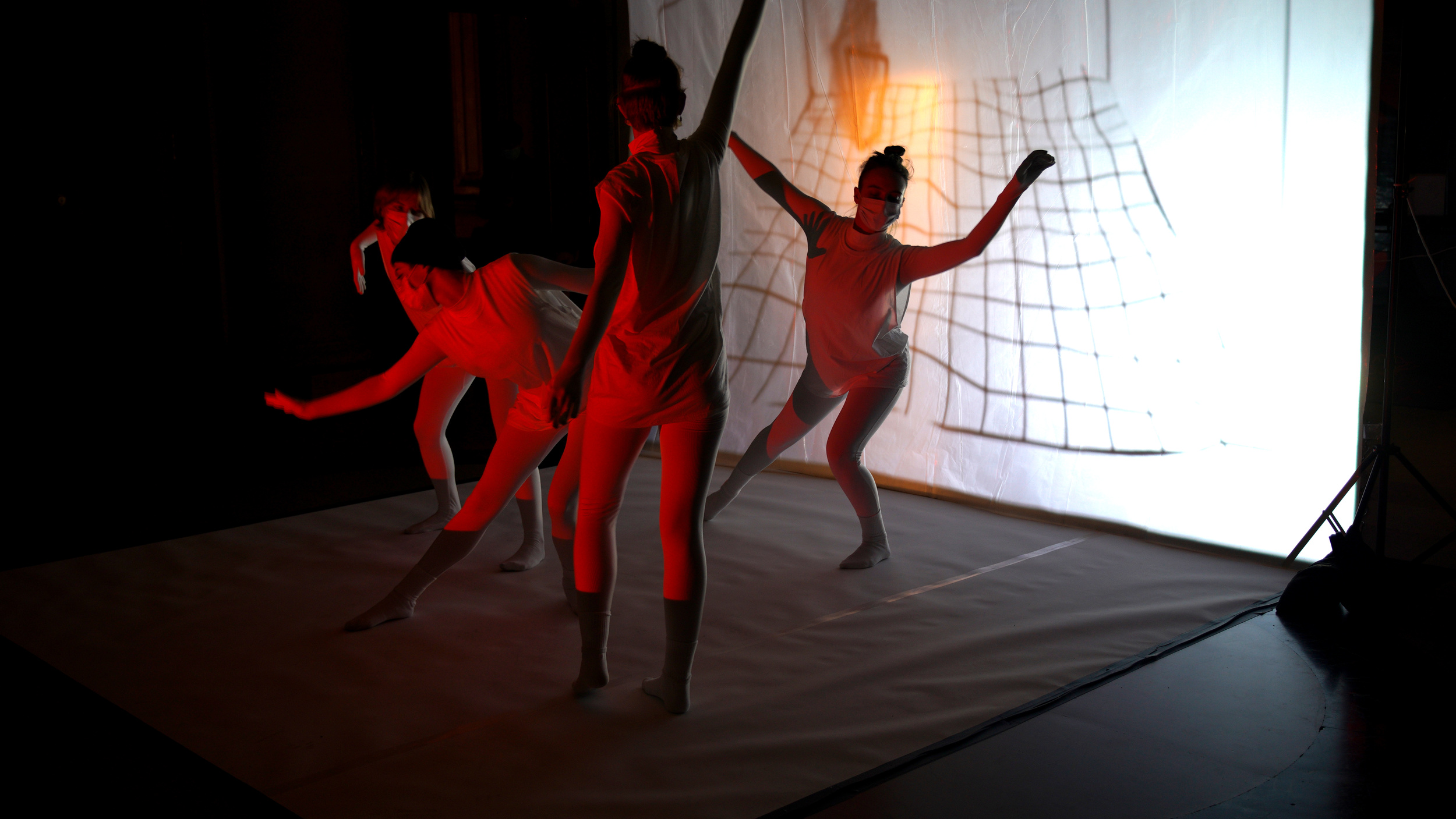 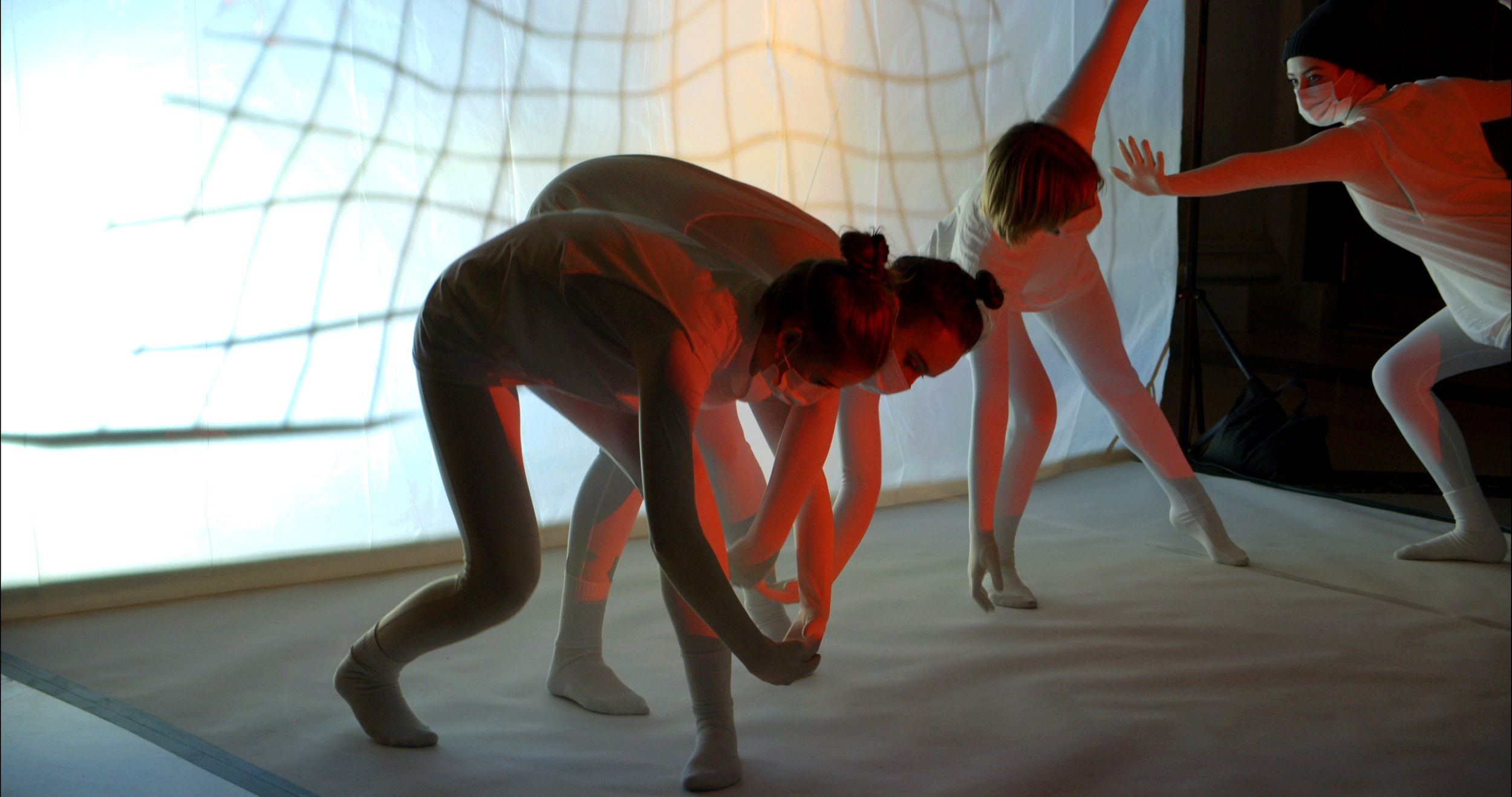 “You Held the Door, a Dodecahedron Formed” utilizes body tracking to translate the physical and emotional distance between users into infographic representations. The work co-opts the language of the Sociogram, an infographic used to to track the evolution of relationships within social groups. Red lines delineate the shifting spatial distance between bodies. An abstract soundscape is controlled live by the distance between bodies, the number of bodies detected, and their spatial positioning. The work ponders the representation of relationships while more importantly creating a space for relations to form. 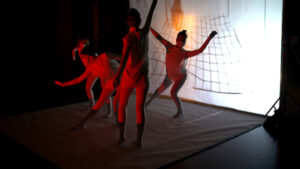 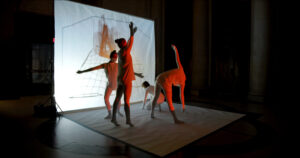 This work was shown at an Interactive Art and Experimental Sound exhibition. Movement artists activated the interactive media Installation for a 30 minute performance, at all other times the work was open for the public to interact with. This project was made possible by the Frank-Ratchye Fund for Art @ the Frontier microgrant #2022-026

Julianna Johnston is an interdisciplinary artist, originally from Baltimore, Maryland USA. She received a BFA from the Rhode Island School of Design in 2018.