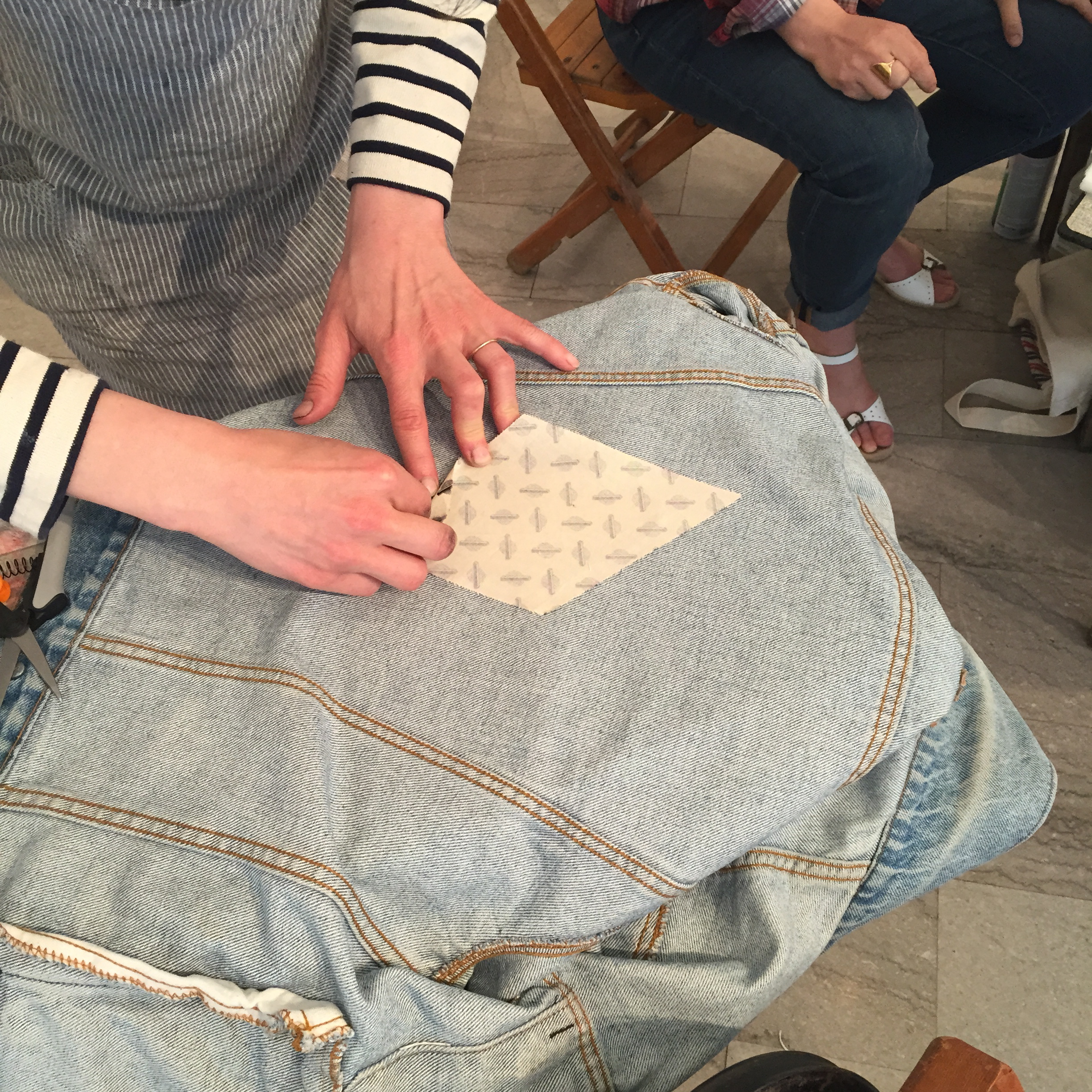 Two Itinerant Quilters by Lenka Clayton and Joanna Wright :: Supported by FRFAF from STUDIO for Creative Inquiry on Vimeo.

In Two Itinerant Quilters, Lenka Clayton and Joanna Wright cut diamond-shaped holes from visitors’ clothes and replace them with new fabric, creating both a standard quilt made from volunteered materials and a walking-around-quilt of people with matching patches in their shirts. Presented as part of a multi-day public event, the project is a combination of a multi-media documentary, live performance, participatory documentary-object and online digital archive.

Two Itinerant Quilters premiered at the 2015 Open Engagement conference, a participatory art festival in Pittsburgh, and will continue until the quilt is completed at a series of festivals, conferences, city squares and other public sites internationally. The project was created with support from a microgrant from the Frank-Ratchye Fund for Art @ the Frontier (FRFAF) — an endowment founded to encourage the creation of innovative artworks by the faculty, students and staff of Carnegie Mellon University. With this fund, the STUDIO seeks to develop a cache of groundbreaking projects created at CMU — works that can be described as “thinking at the edges” of the intersection of disciplines.

Lenka Clayton (an adjunct professor of Art at Carnegie Mellon University) and Joanna Wright are trained as both artists and as documentary storytellers. Like many contemporary artists, they travel from one conference to the next residency; working with and representing found stories, objects and experiences of each new place. Two Itinerant Quilters investigates the common ground between these two professions, and between the traditions of fine art and craft. Photos by Adam Milner.