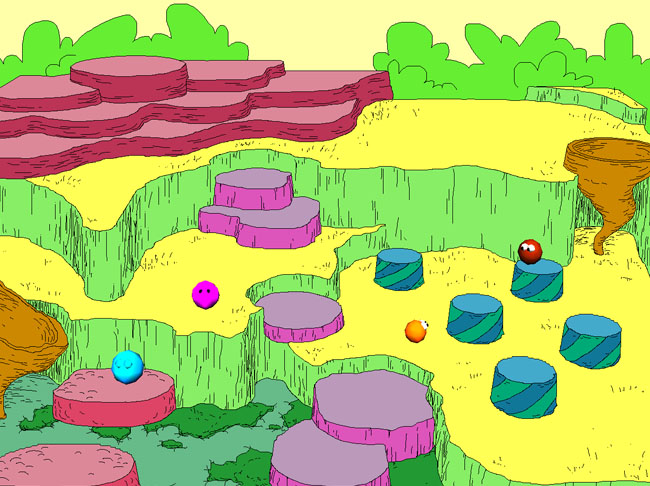 The Oz Project, directed by Joseph Bates, researched artificial intelligence and interactive art with the goal of providing a technology that can be used by artists and writers to build dramatic interactive worlds. The characters within these worlds, called “Woggles”, were controlled by a personality written in Tok, an architecture of mind that integrated reactivity, goal-directed behavior, and emotion. Of the four creatures in total, one was controlled by the user through a mouse. Goal succes, failure, prospective failure, and decisions that other Woggles made gave rise to happiness, sadness, fear, gratitude, and anger in varying degrees.

SFCI Archive:: The Oz Project: Woggles (1992) from STUDIO for Creative Inquiry on Vimeo.

The Woggles have been shown at the AI Based Arts Exhibition at the 1992 conference of the American Association of Artificial Intelligence, SIGGRAPH 1993, and Ars Electronica 1993.