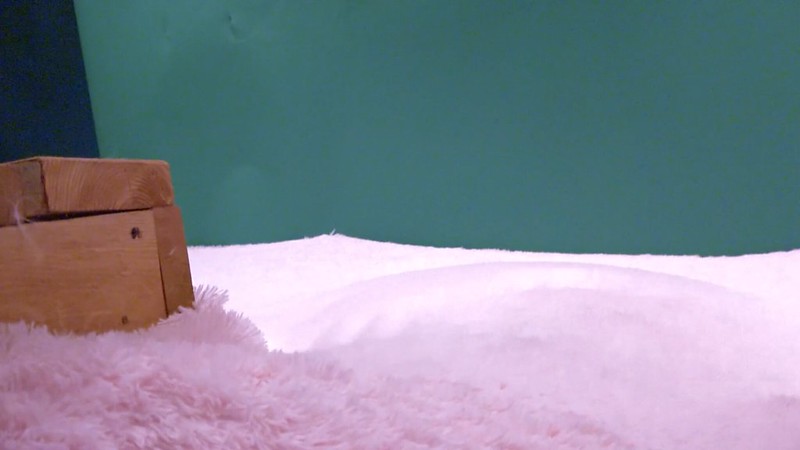 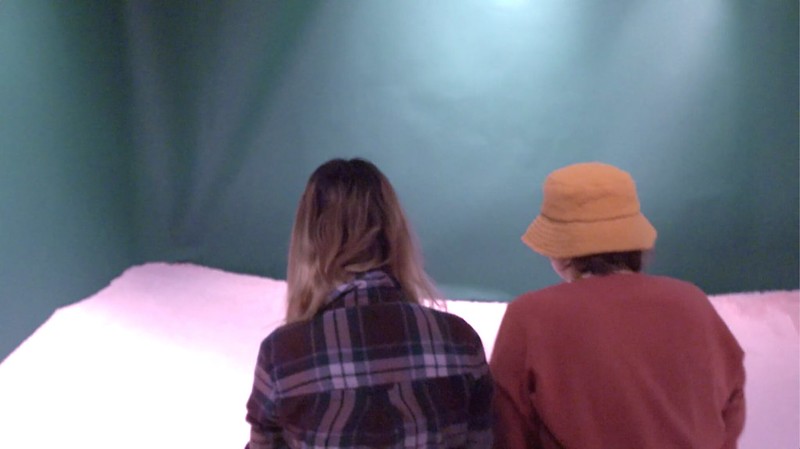 School of Art undergraduate Rebecca Polanzke’s Synthetic Summer installation is an anthropocene oasis that questions how natural elements will be recreated once nature becomes obsolete — a response to human-made bodies of water, artificial snow, and greenhouses. Installed in the CFA Ellis Gallery in January 2000, Synthetic Summer was supported in part by Microgrant #2020-023 from the Frank-Ratchye Fund for Art @ the Frontier.

Polanzke writes: “The project illustrates the aesthetics of staged nature and reflects on humans’ desire to make natural elements convenient. As much as there is an appreciation for human modifications in nature, there is also a discomfort when specific interior or exterior elements cross into a space where they do not belong. Installed during the winter month of January, the space is transformed to mimic a shoreside dock looking out over a body of water. However, the only “natural” element is the use of fans to recreate realistic wave motion. Pink shag fabric—that invites the viewer to touch— covers the floor and moves via the fans positioned underneath it. The installation’s materials and colors follow the rules of complementary colors and accessible materials—such as the dock and soft fabric—rather than natural phenomena. There is also no natural light in the room, and the noise of the fans turning off and on will enhance the amount of effort necessary to recreate a natural phenomenon.”

Viewers enter Synthetic Summer by ascending the ramp of a dock that leads from the gallery’s door to the center of the room. The dock, which is raised 60cm from the true floor, also serves to cover the wiring and Arduino that controls the fans. When entering the Ellis Gallery, the purpose of the dock is to also allow viewers to sit on the edge of the dock to let their feet touch the moving fabric. The shag texture, commonly used when making stuffed animals, contributes to the artificial comfort of the installation. However, the audience is not able to walk on the fabric—alluding to the fact that the power of humans to manipulate nature will always come with inconveniences.

The project focuses on perfecting the pattern of the fans, to make the fabric movement as organic as possible while also achieving a polished product that parallels how a perfect result operates against the natural order.” 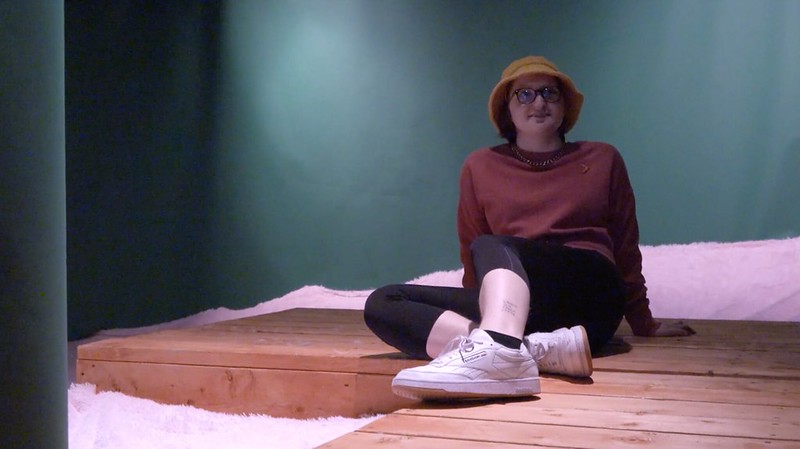