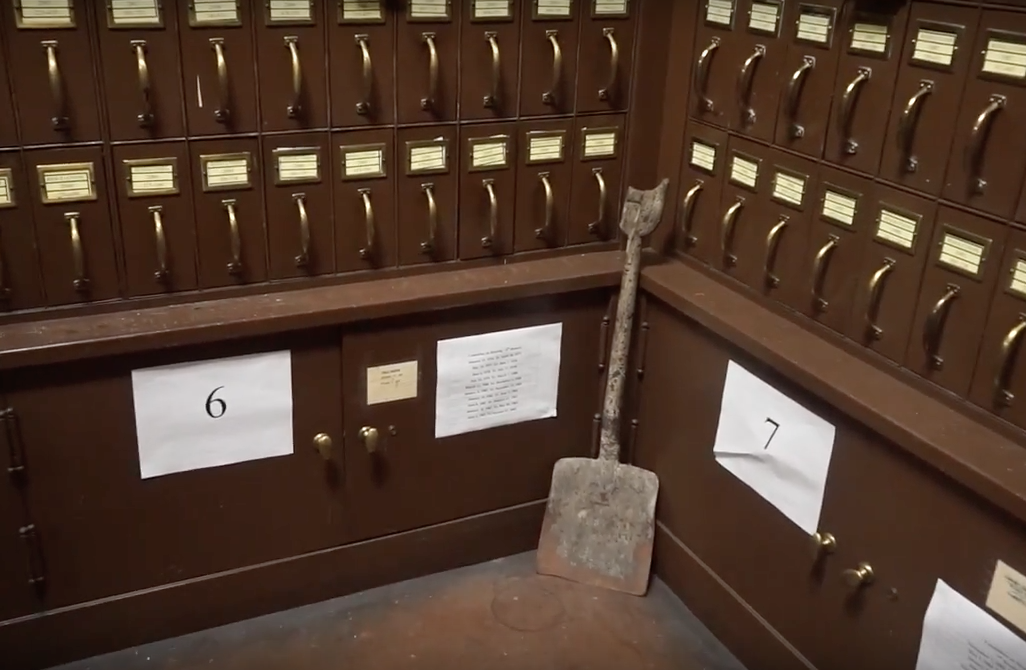 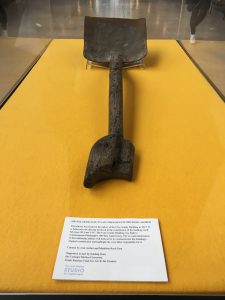 This shovel was found in the rafters of the City-County Building in 2015. It is believed to be directly involved in the construction of the building itself between 1915 and 1917. The City-County Building was built to commemorate Pittsburgh’s 100 Year Anniversary. The re-contextualization of this utilitarian artifact will both serve to commemorate the building’s original construction and highlight the very labor responsible for it. 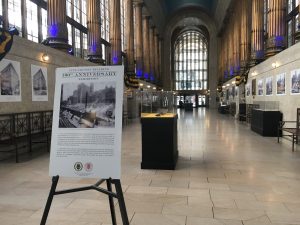 Supported in part by funding from the Carnegie Mellon University Frank-Ratchye Fund for Art @ the Frontier.