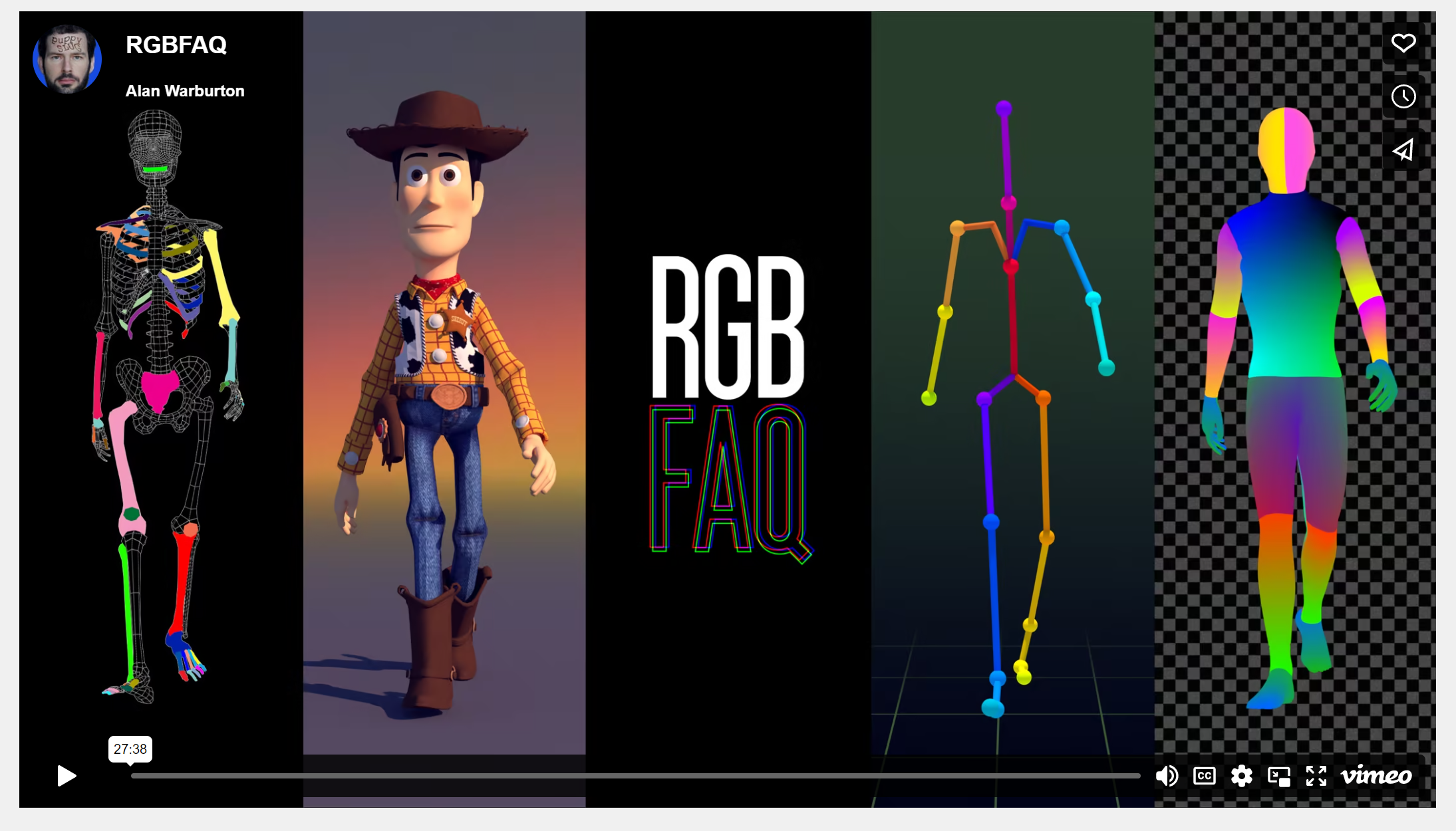 Alan Warburton is a British artist and theorist whose compelling work focuses on Computer-generated Imagery (CGI). He is an artist, animator, author, speaker and video essayist working with CGI, VR, AR, installation and sculpture. Over the last decade he’s had over a million views of his animated films and received critical acclaim for his critical video essays about computer graphics and art history. He is currently researching CGI for a PhD at Birkbeck’s Vasari Institute in London.

The STUDIO invited British artist, Alan Warburton, for a 2019 residency. Joined with support from the CMU community, the STUDIO provided resources for Warburton to conduct interviews with experts in machine learning on campus and in Pittsburgh. During his time in the STUDIO, he developed preliminary research for his critical video essay “RGBFAQ” with production support in machine-learning powered animated graphics from CMU BCSA student, Nikolas Diamant.

RGBFAQ from Alan Warburton on Vimeo.

The RGBFAQ project discussed the digital aesthetics of generating images and tracing the computer graphics trajectory.

As a multidisciplinary artist, Alan continues to explore contemporary software usage and investigates the integration of mainstream media production and experimental and artistic practices. Follow more of his video projects, including Goodbye Uncanny Valley and Spectacle, Speculation, and Spam.