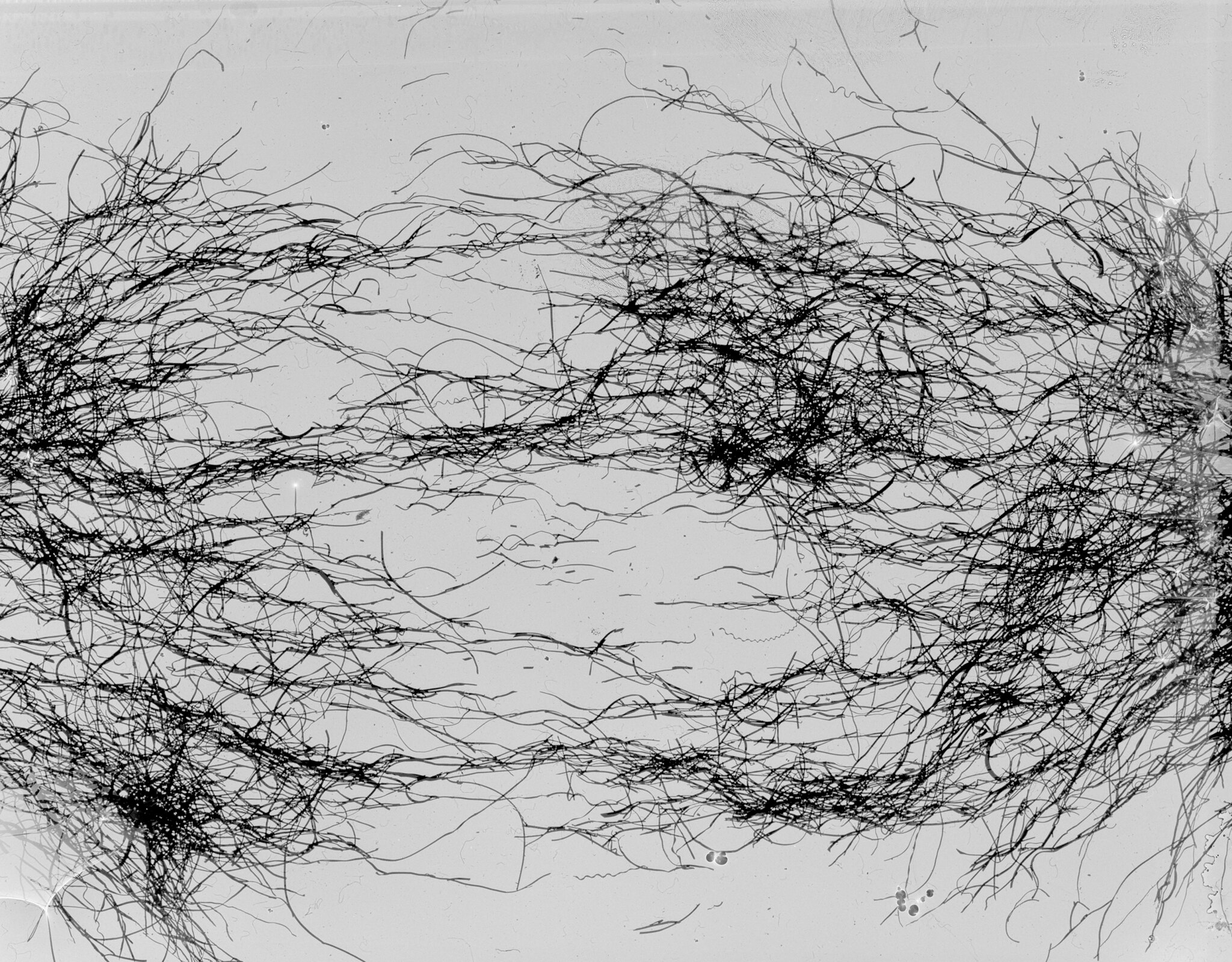 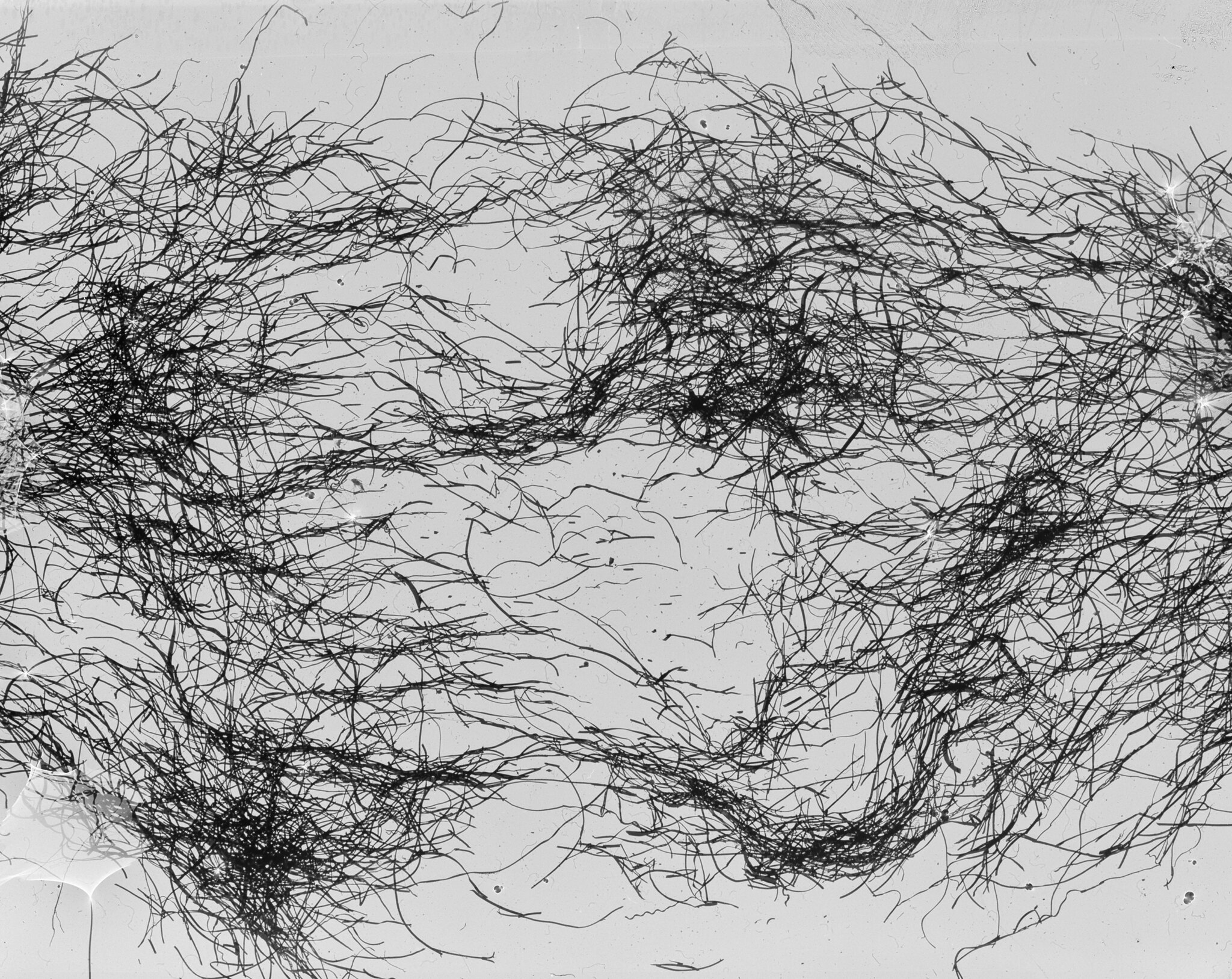 Professor Katherine Hubbard of the CMU School of Art is interested in the notion of evidence and understanding as it relates to visual culture. She uses the language of evidentiary imagery to speak to larger metaphorical space of magnetism as a form of attraction, desire and a field of energy that doesn’t lend itself to being photographed. 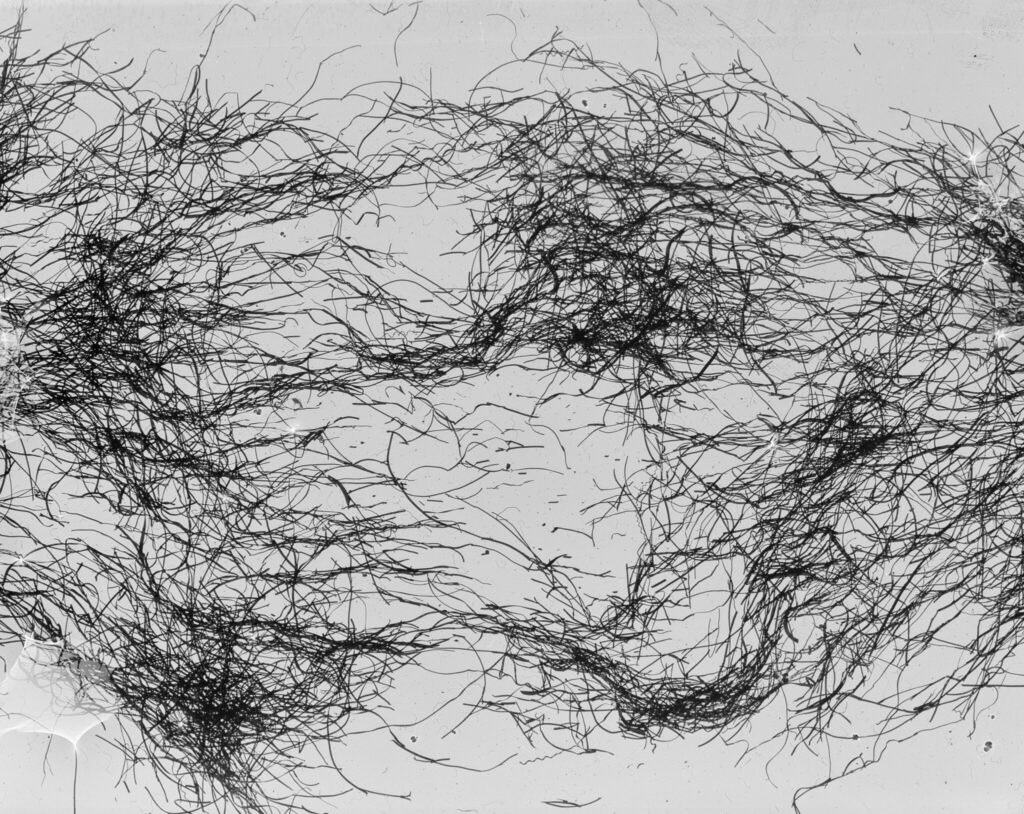 In her recent Pull the Nickel works, Hubbard has focused on imaging magnetism and constructing camera-less photographs that show an active magnetic field. She has built her own plexiglass tanks to hold magnetically susceptible materials, such as fragments of steel wool, suspended within mineral oil.

Hubbard’s tanks are made just bigger than a 4”x5” piece of large format film so that the edges of the tank are not visible within the photograph. The black-and-white film is placed beneath the tank during the exposure, which is done in the darkroom under a film enlarger. This process allows Hubbard to have precise control over the exposure time using the enlarger in the place of a camera. These images are examples of some of the first darkroom tests, and demonstrate experiments with exposure time and focus capacity of the steel wool. 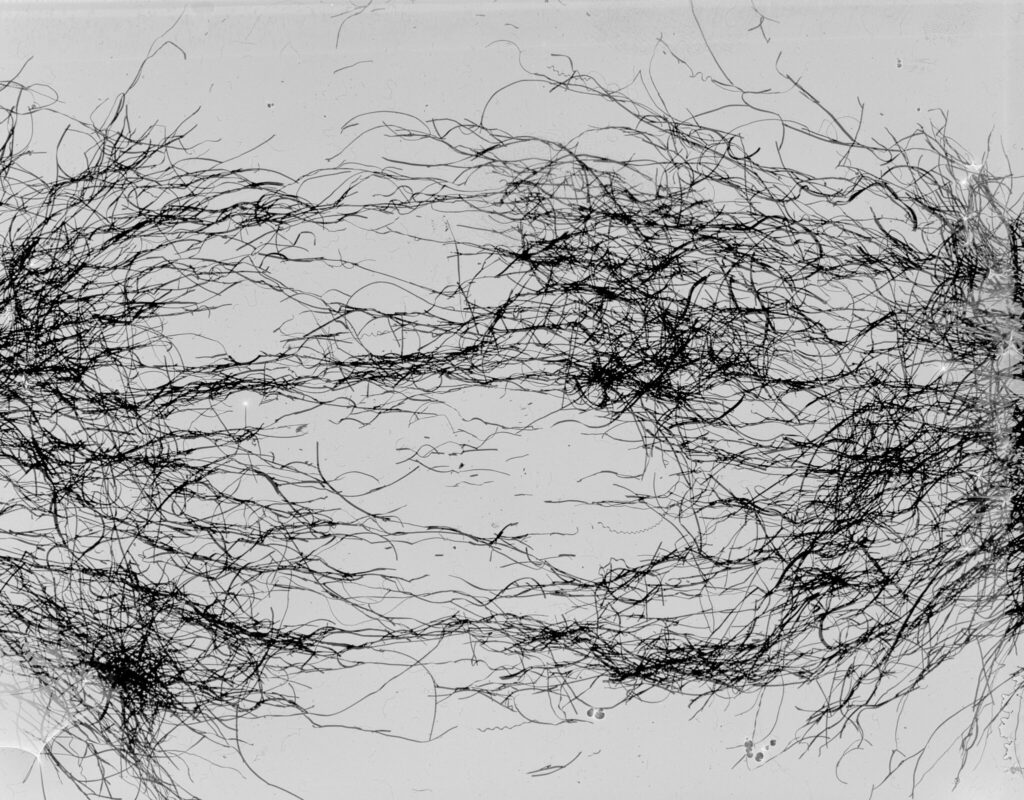 Pull the Nickel was supported in part by the Frank-Ratchye Fund for Art @ the Frontier, Grant #2020-19.