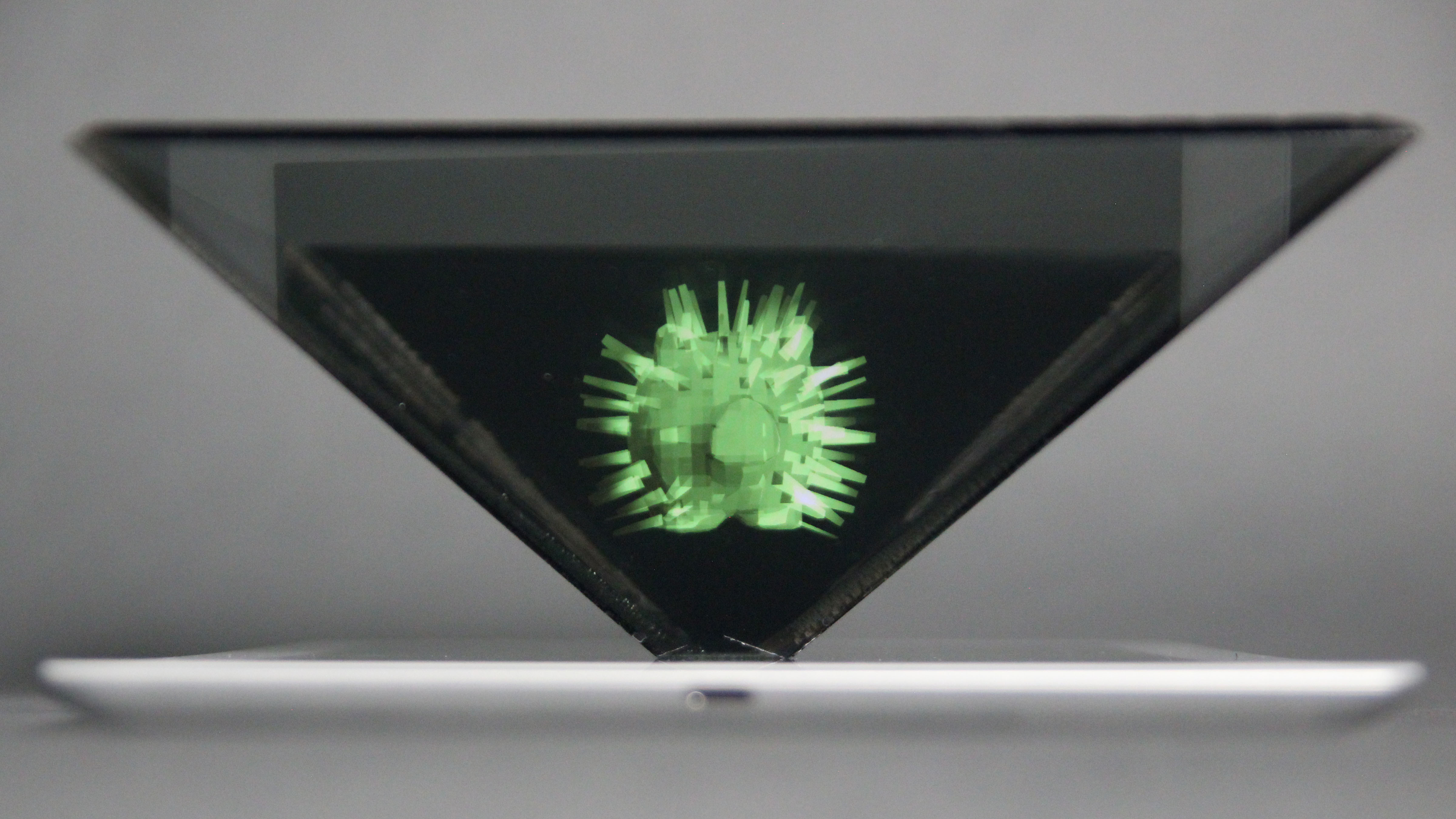 Michelle Ma and Vidya Vinnakota‘s inspiration for this project came from the Pepper’s Ghost illusion that you can easily create with any LCD screen and clear plastic.

They write: “We were especially influenced by this video on How to Turn Your iPhone into a 3D Hologram. Of course, it’s not an actual hologram, but it projects the iPad screen perpendicular to the viewer’s line of vision to create an amazing suspended effect. There are a number of companies who have tried to capitalize on this concept such as Youlalight, however we wanted to take advantage of the affordable nature of its implementation, and also enrich the experience by adding the interactivity of an iPad.

So we decided to give my Piggy Bank a new life using this illusion. The Piggy Bank was the perfect choice because it was a childhood object, it involves a unique interaction, and it has personality. And since we wanted to give it a new life, we decided to play with its 3D mesh and give it new forms.

In conclusion, our project was pretty fun to implement despite the hiccups that come with using so many different platforms and software. If we were to revisit the project in the future, we would focus more on harnessing the interactions with animation controllers and generating the forms directly in Unity. We would also scan a variety of other objects to experiment with different mesh forms.”