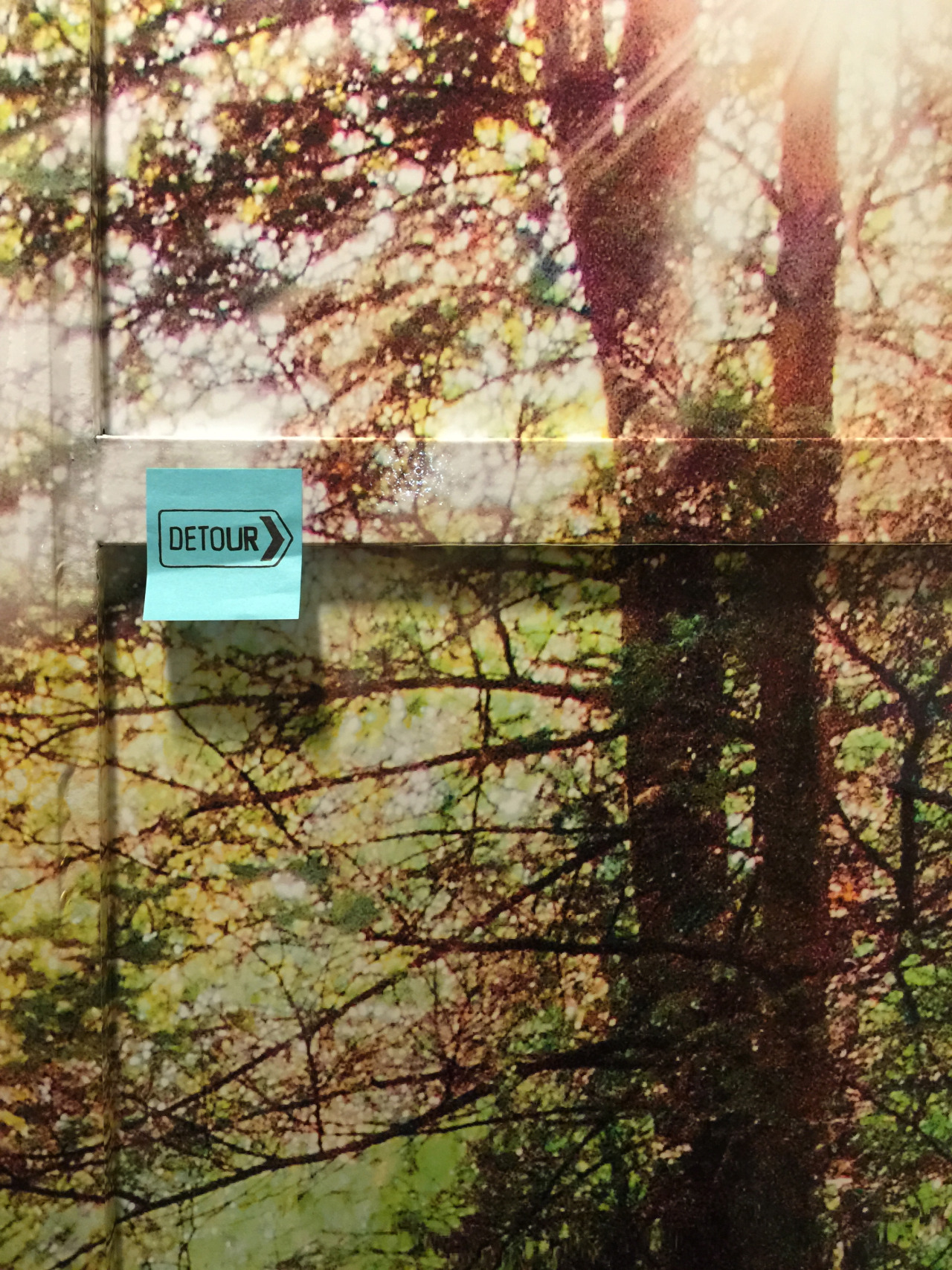 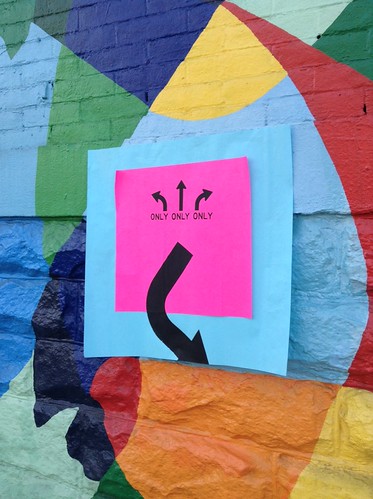 In spring of 2014, Kim Beck‘s class “Mutable Landscapes,” silkscreened and posted hundreds of self-adhesive Post-it notes ranging in size from 3×3 inches to 3×3 feet around campus and the city of Pittsburgh during the Open Engagement conference. These printed notes used images of directional messages and images developed in the class. Beck and the students worked together to photograph and source images to be printed, screen-printed them together, then posted them around Pittsburgh. Examples of the notes included phrases like KEEP MOVING, LOOK, EXIT and road sign symbols like those for U-turns, intersections and arrows.

Taken from signs that usually tell drivers where to go, what to avoid, these are messages meant to prevent people from getting lost. But as Rebecca Solnit describes in “A Field Guide to Getting Lost” (Penguin, 2005), “In Benjamin’s terms, to be lost is to be fully present, and to be fully present is to be capable of being in uncertainty and mystery. And one does not get lost but loses oneself, with the implication that it is a conscious choice, a chosen surrender, a psychic state achievable through geography.” The momentary encounter with the posters had the possibility of transporting the viewer out of their habitual path into a more present connection with their environment.

After the project, the class met to discuss the outcome. The students said that it was successful in bringing them into the city to post and document the work. It also provoked conversations with strangers while they were posting the notes and gave them an opportunity to talk about signs and visual language outside of the classroom, they thought that since the signs were scattered throughout the city they might have seemed sparse, and therefore random and arbitrary.