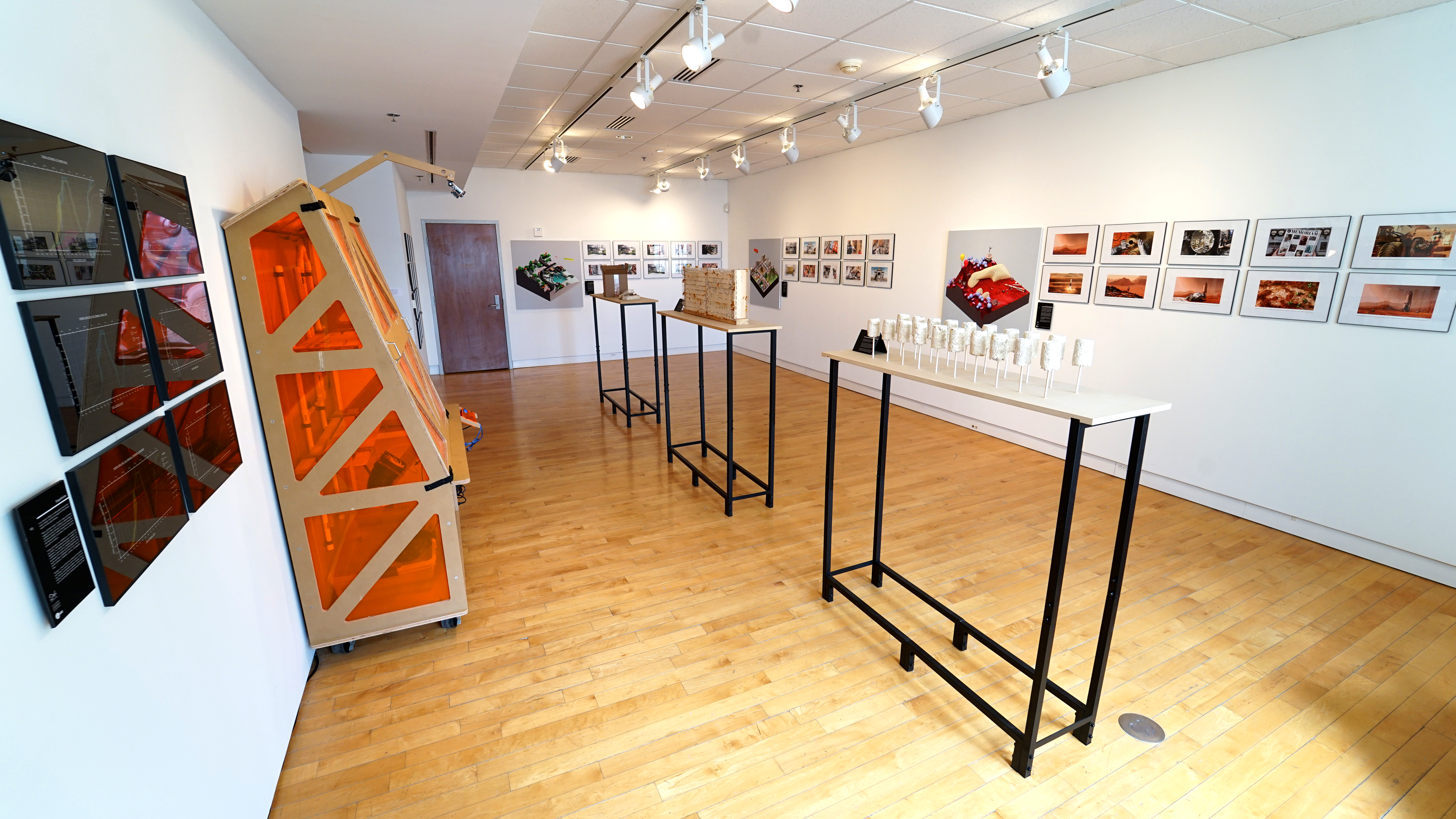 Sinan Goral writes about his project, Mycelium as a Remediator of the Anthropocentric Condition: Rethinking the Brute Force Implications of Progressive-Assembly with Organic Self-Assembly:

“Since the dawn of the Holocene, the human enterprise has relied on complexity as a metric to gauge advancement. Thousands of years of evolutionary development in physiology, agricultural technology, settlement structures, and critical thought are attributed to our fascination with complexity. But with the progressive assembly model of the Industrial Revolution, the human enterprise limited its breadth of complexity to mechanized intervention. By the Great Acceleration of the 1950s, the environmental ramifications of mechanization and its reliance on resource extraction, manipulation, and distribution inevitably categorized a new and self-inflicted geologic age – the Anthropocene.

Though humanity befittingly champions complexity as a staple of the human enterprise, our anthropogenic context necessitates a thoughtful reconsideration of future advancements. Rather than heightening the complexities of mechanized assemblies, robotic systems and their computer-aided precision, future architects should channel emerging technologies into organic materials which build themselves through local interaction. Mycelium directly acknowledges this new direction that architects must consider. In light of the self-assembling thread-like roots and filaments of fungi, we might be able to replace our hyper-mechanized assembly lines with silently growing and unimaginably complex organisms. And yet, despite the promising ability of mycelium to enter a dormant phase after assembly, only then to be reawakened through the reintroduction of moisture, the integration of mycelium into architecture and manufacturing is still rather embryonic. In response, this thesis investigates mycelial self-assembly and its empirical implications for a soft, computable, and adaptable architecture.

Co-sponsorship of the thesis by the FRFAF and the AIAS has enabled the research to propose mycelium as an anti-anthropogenic material to replace petrochemical dependency, and to suggest organic self-assembly as a method superior to mechanized progressive-assembly. By oscillating between empirical, anthropological, and narrative based modes of inquiry, the thesis makes every attempt at exposing the awesome merits of mycelium.”