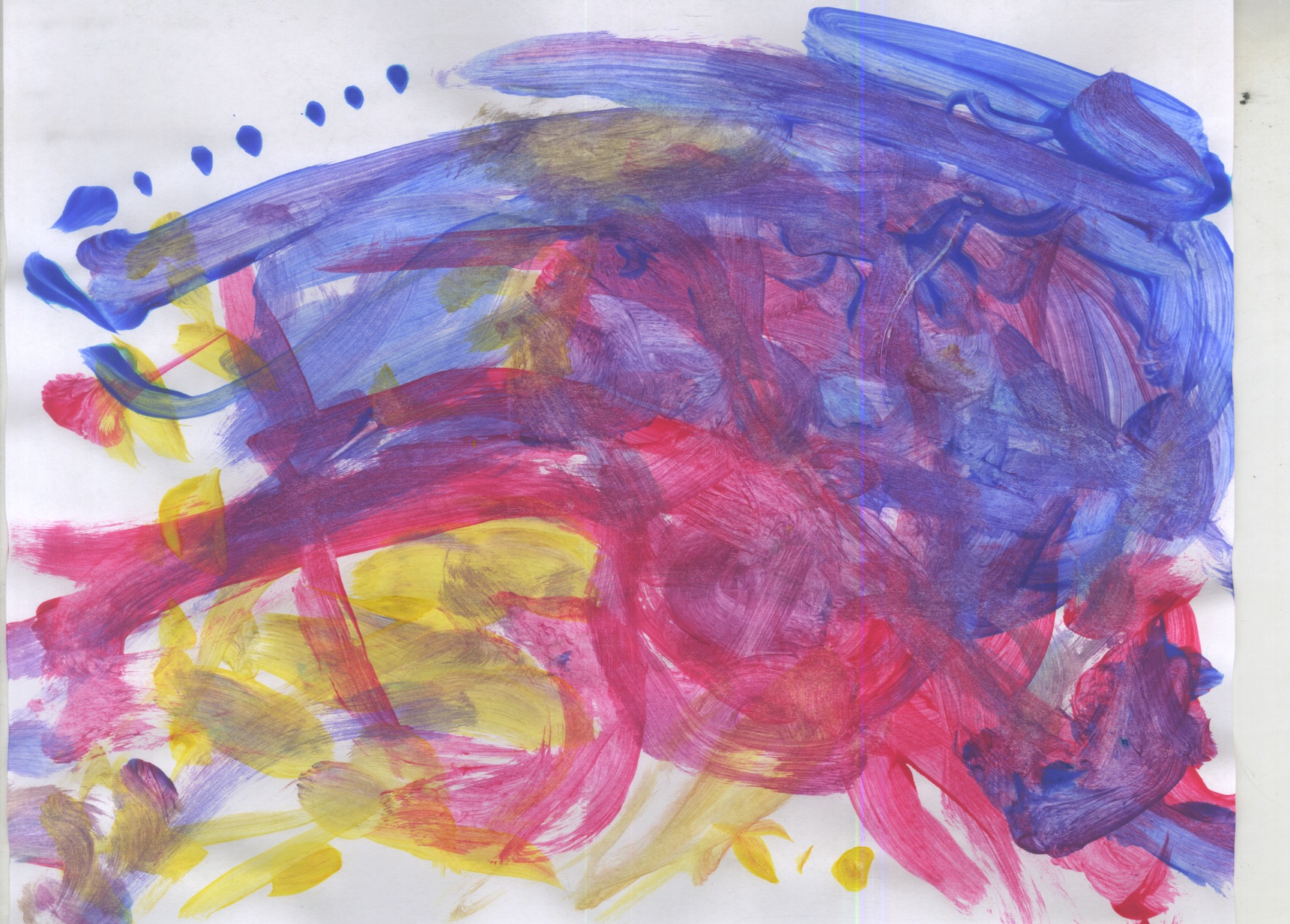 “Our group aimed to explore new possibilities for creative cooperation between a human and a robot in making a painting together. We used a GeoMagic Touch high-precision haptic feedback robot furnished by the STUDIO for Creative Inquiry, outfitted with a custom paintbrush end effector. Our study question was: How does making art in collaboration with a robot affect self-perceptions of creativity? In order to investigate this, we asked study subjects to make acrylic paintings, holding a paintbrush that was also being lightly manipulated by the haptic robot—in this sense the subject and the robot were quite literally collaborating on the painting and sharing the brush.

The robot pushed the brush to follow a certain series of curving paths in all trials, but we deceived half of the subjects and told them they had a remote human collaborator, working on the painting with them through the robot. We found that subjects had weakly different attitudes towards their collaborator when they thought that collaborator was a remote-operator human being, versus an algorithm; for one, subjects considered a “human” collaborator to be more creative than a “robot” collaborator, even though they were actually moving the brush in the same way.

We found that subjects felt their creative efforts were impeded by the robot; they also often wanted their “human collaborator” to be less controlling. So while a remote human was overly “controlling,” a robot would simply considered to be in the way. Finally, we found that people thought of a remote human as more “creative” than an algorithm, though they behaved identically. Perhaps we are not yet ready to give credit for creativity to a nonhuman mind.”