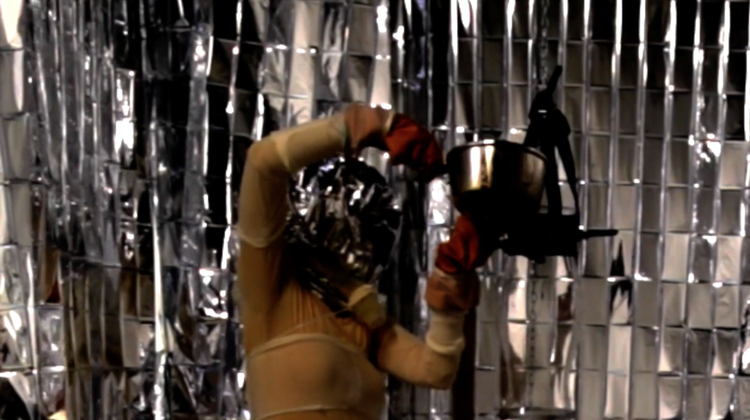 Gluttonous by Ava Kling :: Supported by FRFAF from STUDIO for Creative Inquiry on Vimeo.

Gluttonous by Ava Kling began as a study in excess through forced consumption of sugar. It was intended that the installation would serve as a cage for Glut, the individual proposed for her own demise. But as the project developed it became clear that this would unnecessarily oversexualize Glut. By transforming the melted sugar from walls of confinement to a bodily liquid, the viewer can watch as she performs the proposed task of separating herself from the excess by transporting the molten sugar between several vessels. Exhaustion ensues, as her bleached polyester skin rots away, and the caramel cannot be organized. Her actions mimic the frenzied lust of rabbits mating to showcase the senseless of her greed. Once her task is completed to the best of her ability, she is destined to repeat the process due to her methodic addiction to the excess and her devotion to gluttony. Glut lives on in denial, and in an eternity of cleaning up her own mess.