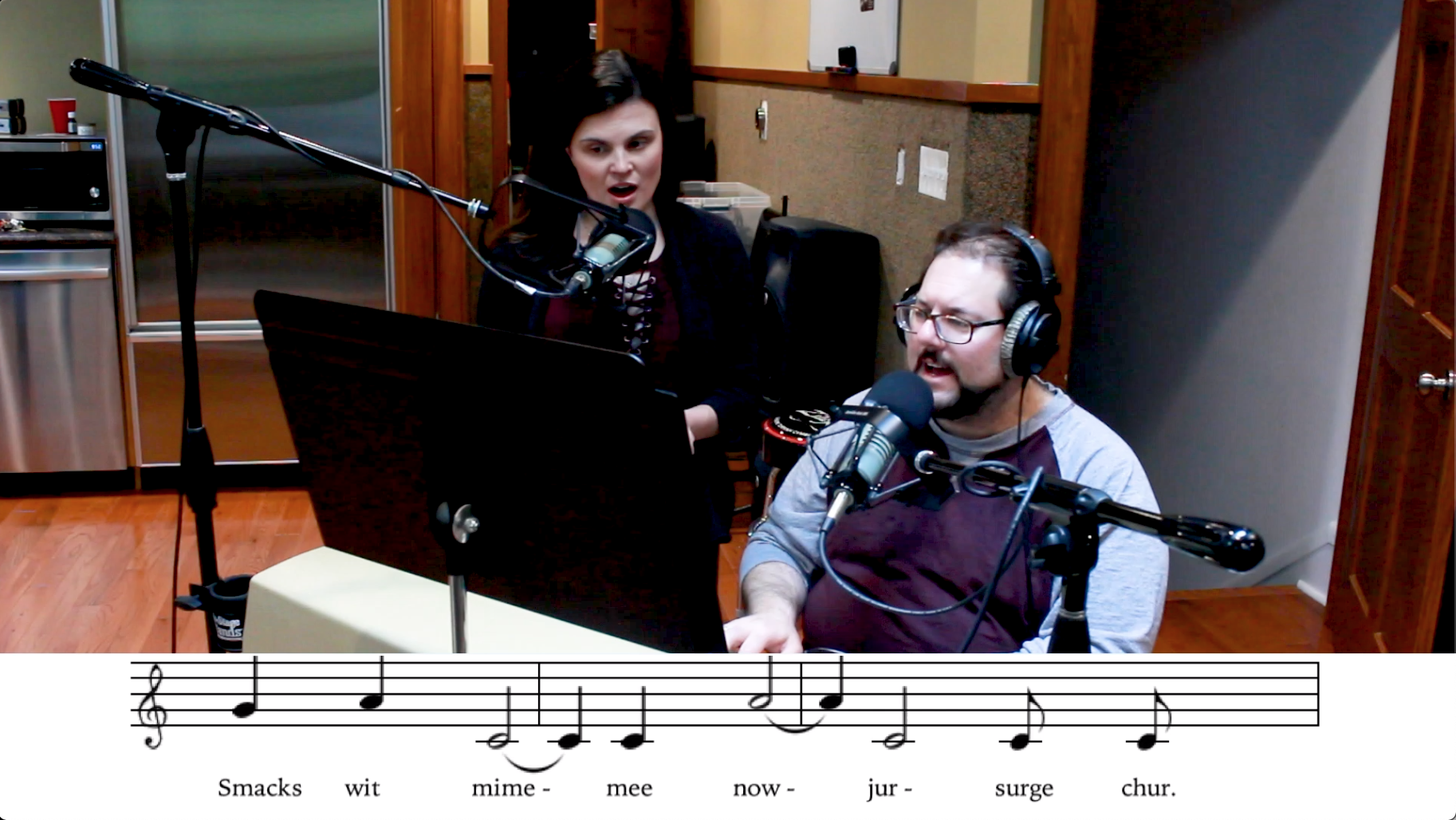 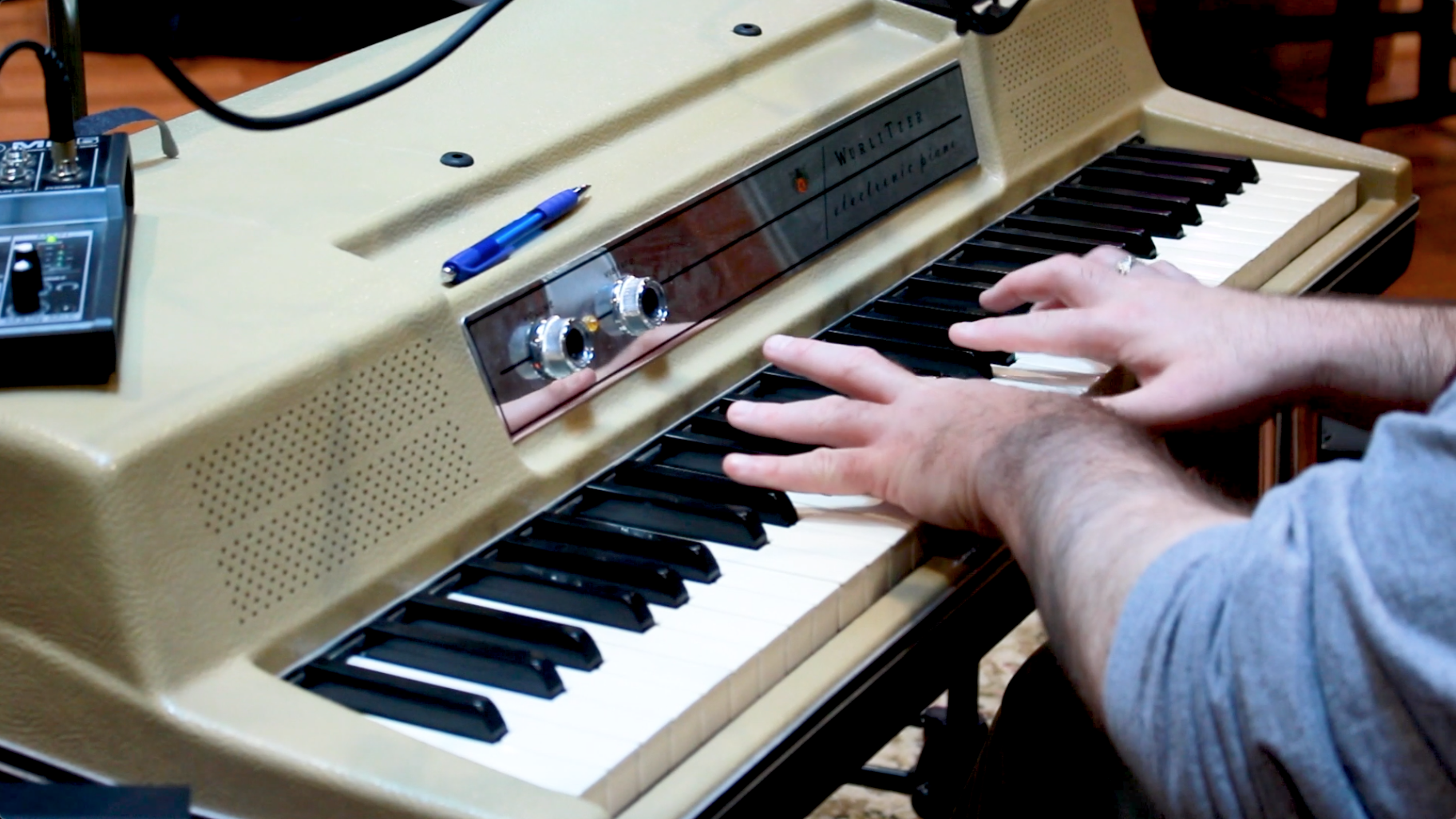 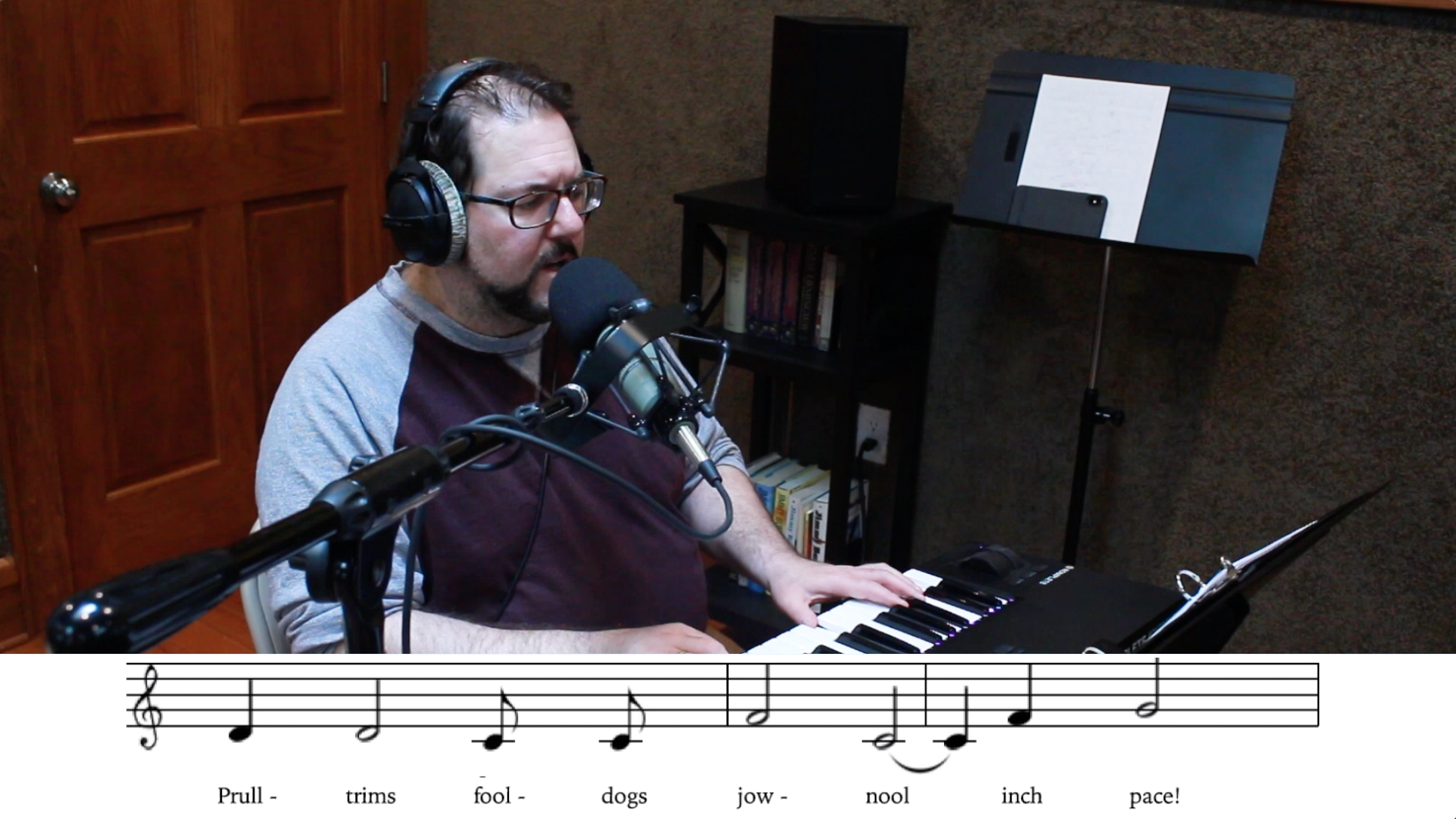 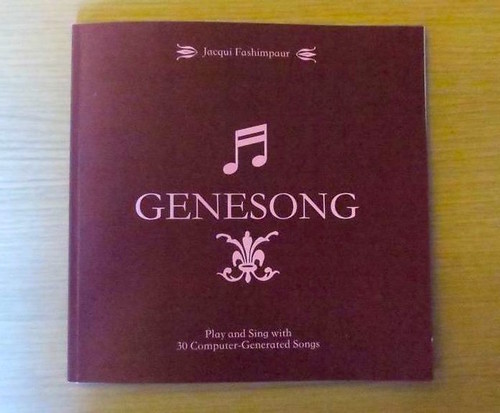 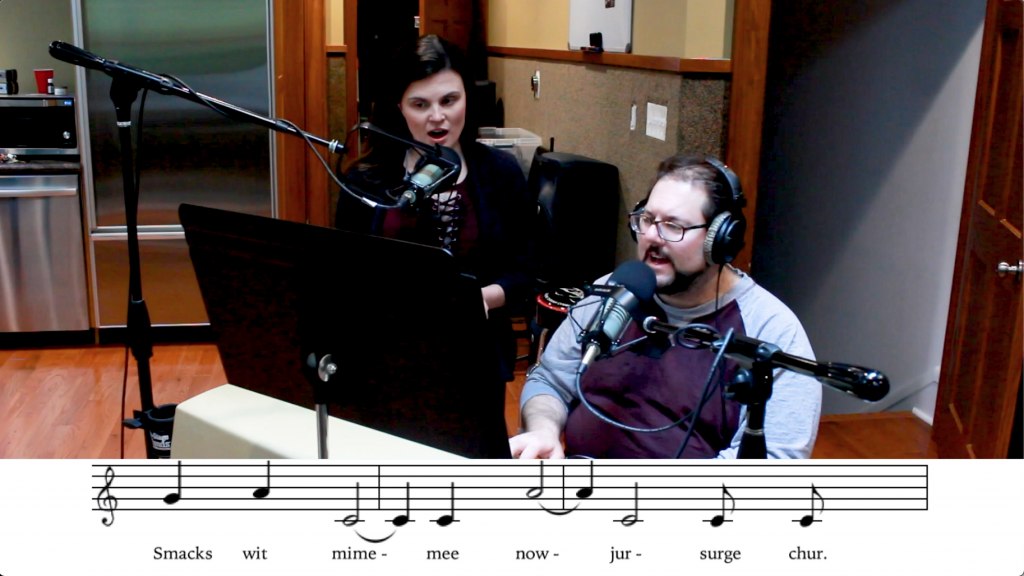 Genesong (a portmanteau of “Genesis” and “Song”) is a computationally-generated songbook, performed by real musicians.

Genesong was my submission for a 2016 NaNoGenMo generative book assignment in the course Interactivity and Computation, taught by Professor Golan Levin. It uses RiTa for rhyme generation. More details about the song generation process can be found in this blog post about the project.

In 2019, I worked with musical director Cameron Sullenberger (arrangement, accompaniment, vocals), Stephanie Goff (vocals), and Joe Coffey (sound engineering) to record three songs from the Genesong songbook: Trace Rent Tells, Scot Bleach Mom, and Shat Mide. The resulting tracks may sound normal or even beautiful if one doesn’t listen closely, a testament to people’s ability to find order in chaos.

The Genesong performances and recording were supported in part by Microgrant #2019-040 from the Frank-Ratchye Fund For Art @ the Frontier. Additional images are available here. 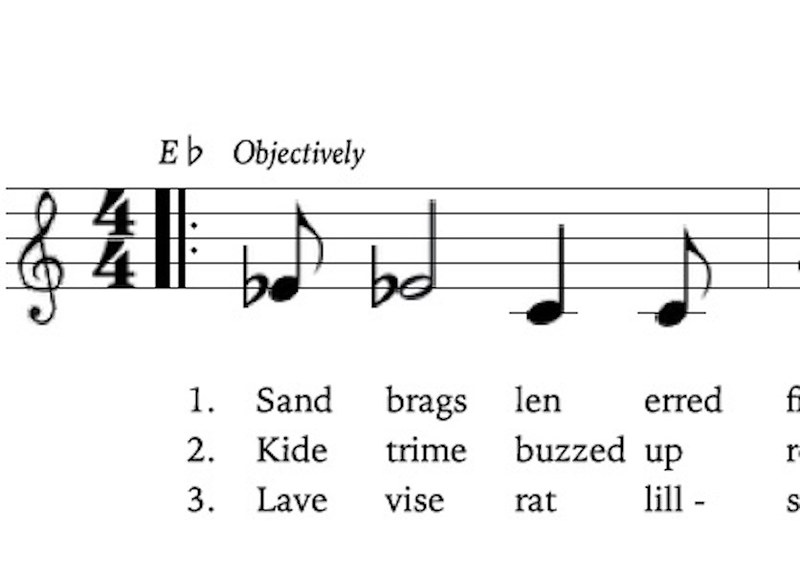 A close up of the first line of a song in Genesong. This song is in E-flat, and specifies that it should be played ‘objectively’ (a randomly-generated adverb).

An example of a song that was generated by Genesong. The first page contains the three verses, and the second page contains the chorus. In addition to notes, guitar chords are displayed above the staff. The lyrics, while rhyming, are complete gibberish. 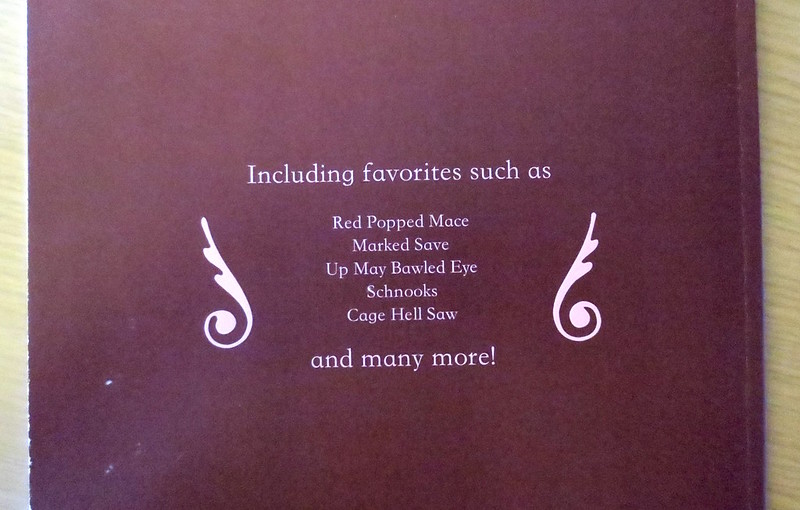 The back cover of a printed copy of Genesong, and the only thing I manually edit for each copy. Rather than choose five random song titles from the book to go on the back, I pick my five favorites to represent the book. 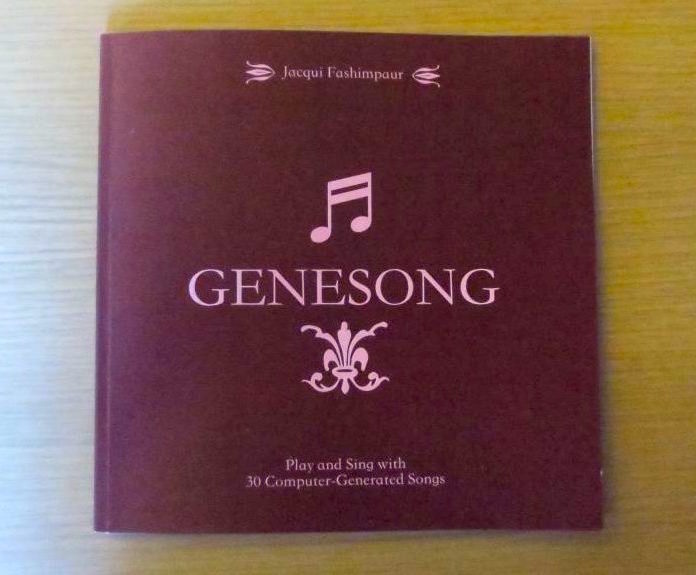 The cover of a printed copy of Genesong. Though the pages are different every time, this cover is always the same.