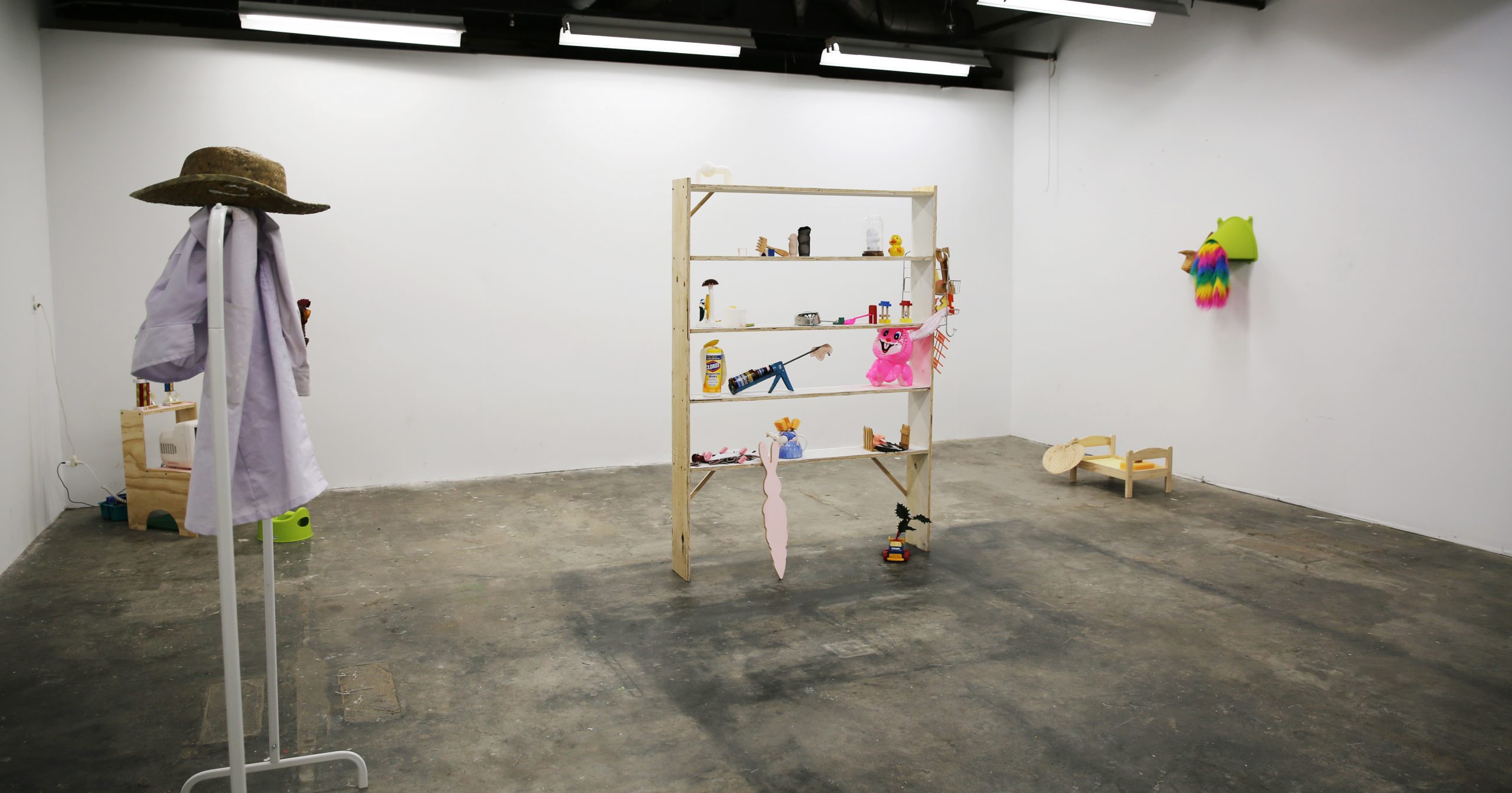 What is a garden? The “Garden 10032018” installation, by School of Art MFA student Huidi Xiang, investigates how such an urban typology acts as the metaphor for knowledge digestion, formation, and production, as well as how such an architectural gesture is used as a mediation for constant decontextualization, transformation, and cultivation. 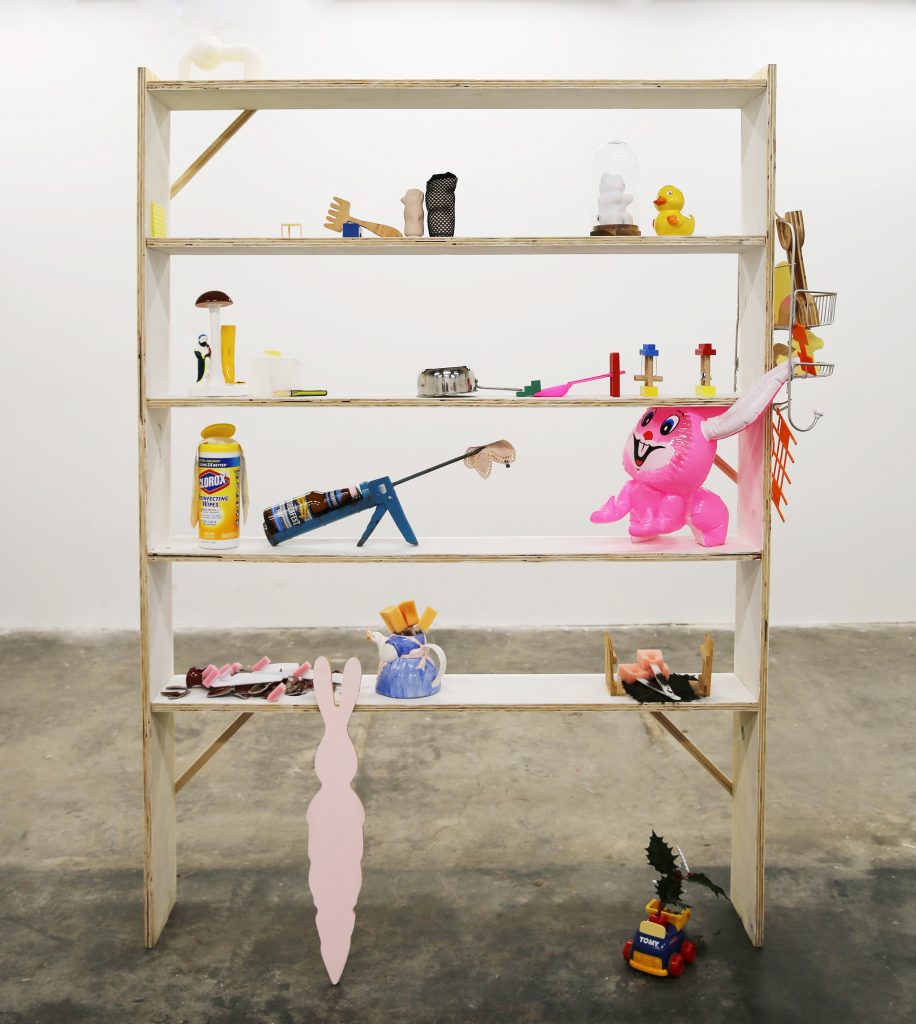 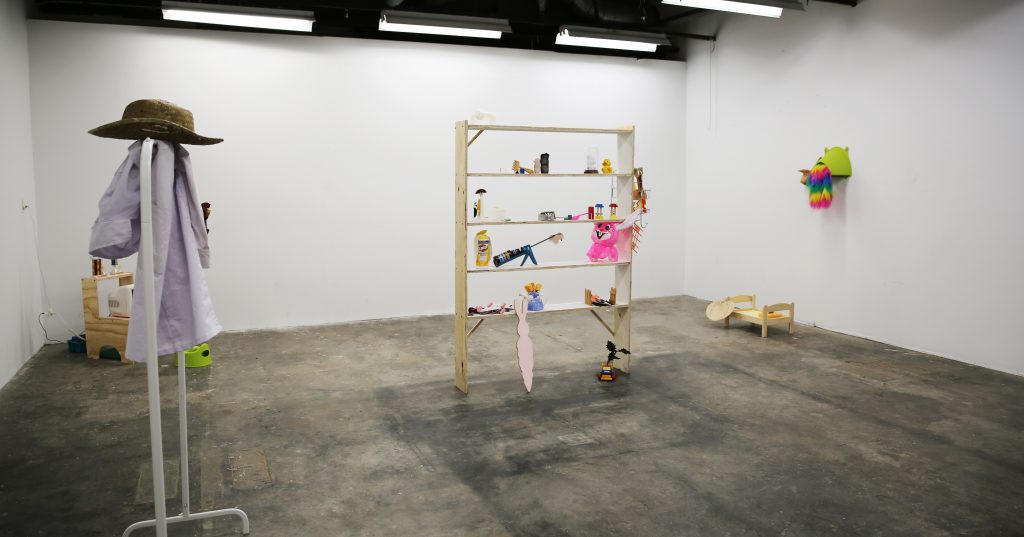 Garden 10032018 takes the form of a bookshelf displaying objects, conceptualizing the notion of the garden as a system of knowledge circulation, production, and consumption.

The shelf represents gardening as a process of collection, archiving, and organizing. Objects on the shelf are mainly divided into two categories, representing the duality of a garden as an urban typology as well as a domesticity component. The first group includes objects found in gardens in Pittsburgh, such as plants or artificial objects on sites used for gardening. These objects were documented through photography, and then recreated through re-3d modeling using Rhino based on the imagery documentation, and 3d printed. This process reflects how we borrow the elements from the outside world but copy them with highly individualized perspectives. The second group includes objects collected from me, local thrift stores, online, or friends. These objects are domestic objects that are formally or functionally related to the garden. 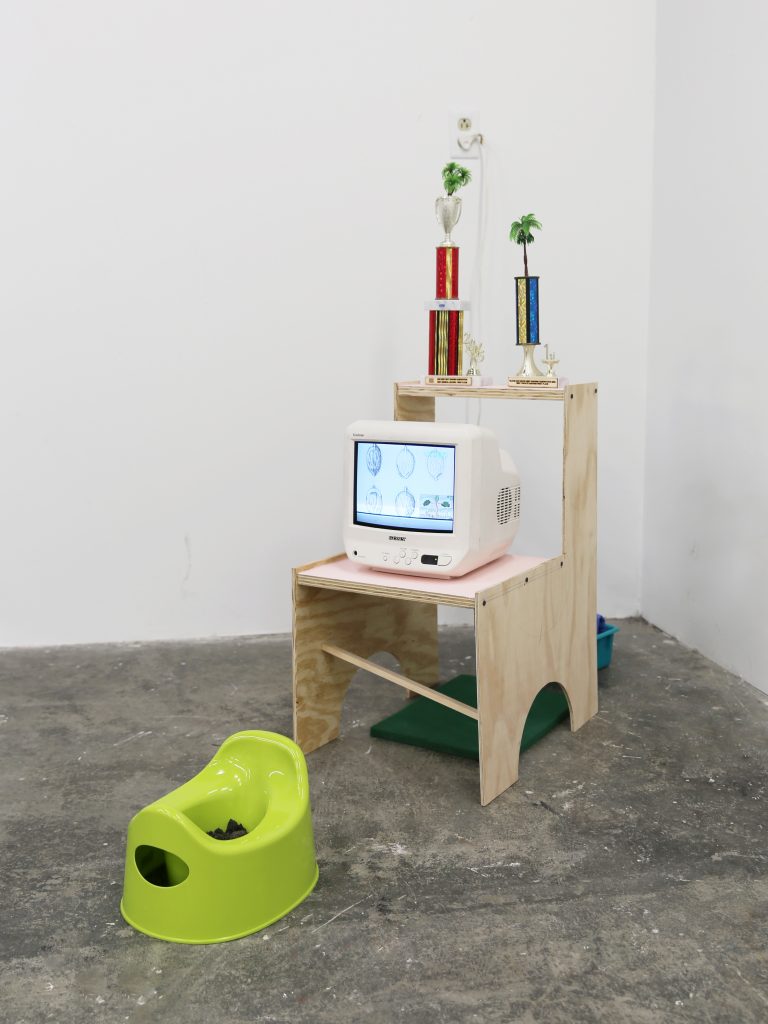 Objects from both groups are arranged alternately on the shelf. The order is based on a poem inspired by the script of The Pink Panther Show Pink Panther: Pink Posies, which is about the endless wrestling between two characters on who should dominate the garden. Besides the shelf and the objects, there is a little TV showing the video footage of the garden I collected.