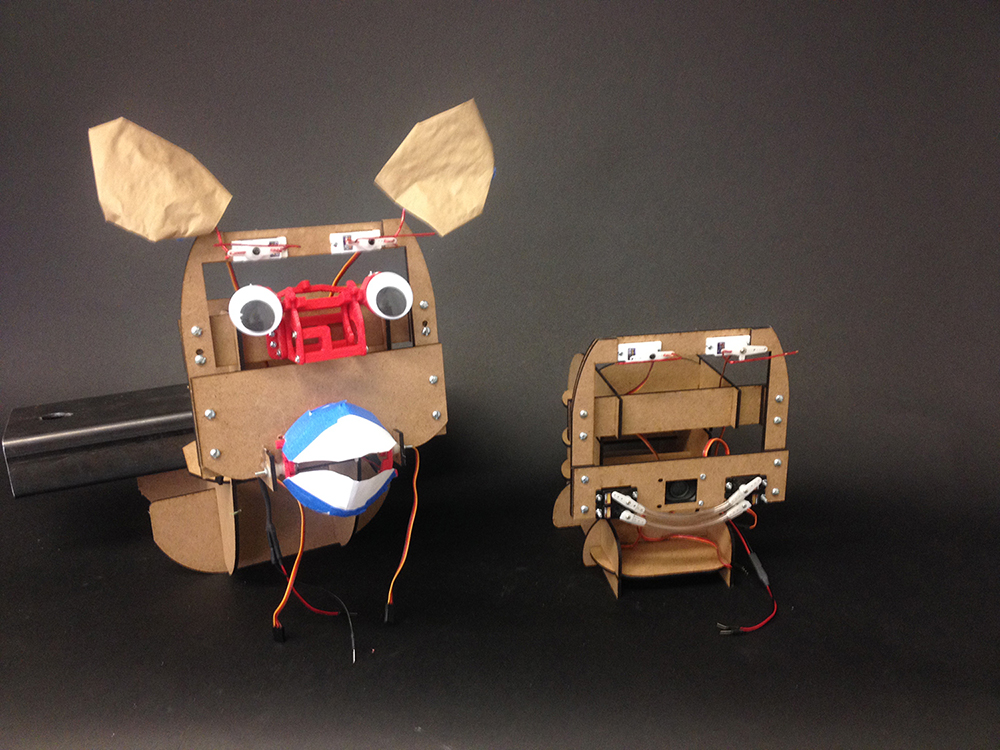 chatbots created by Rachel Ciavarella, is a two-way robotic communication controlled with facetracking via Skype video feed and animatronic heads.

chatbots work by “gluing” together several applications. Video feed from a Skype conversation is grabbed by a third party pixel-grabbing software and sent to the openFrameworks facetracker application. Facetracker processes the video feed for facial features and sends this data as OSC to a second openFrameworks application, OSCUINO, which converts OSC data to serial data. This converted data is sent over the USB (serial port) to an Arduino Uno where it is translated to animatronic servo motion.

Developing the hardware and software required a lot of prototyping. Both robots went through several iterations before reaching their final forms. Rachel began prototyping the software by building two debugging OF applications. One that simulated the animatronic face and another for the value output from FaceOSC.

Chatbots by Rachel Ciavarella :: Supported by FRFAF from STUDIO for Creative Inquiry on Vimeo.

This project was supported by a microgrant from the Frank-Ratchye Fund for Art @ the Frontier (FRFAF) — an endowment founded to encourage the creation of innovative artworks by the faculty, students and staff of Carnegie Mellon University. With this fund, the STUDIO seeks to develop a cache of groundbreaking projects created at CMU — works that can be described as “thinking at the edges” of the intersection of disciplines.