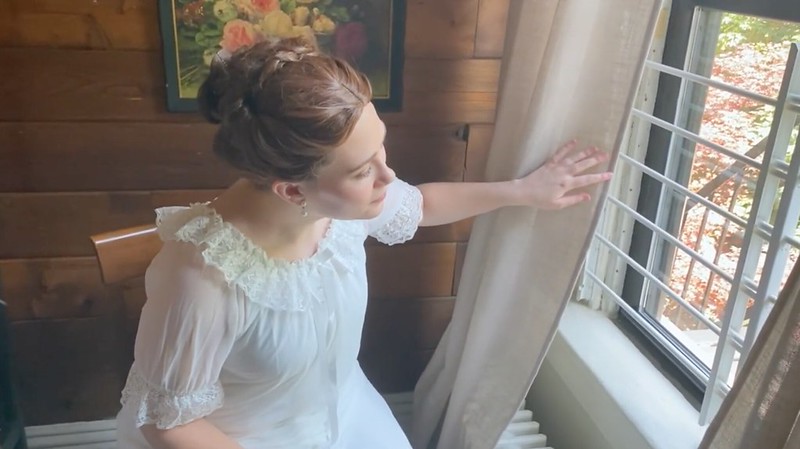 Angels of the House is a new multimedia opera, set in 19th-Century London, that explores themes of women’s rights, reproductive rights, and domestic trauma. Conceived, written, scored and co-directed by CFA undergraduates Shambhavi Mishra and Sophie Carpenter during the COVID pandemic year, Angels of the House was supported in part by Grant #2021-036 from the Frank-Ratchye Fund for Art @ the Frontier. (Below: 90-second trailer; 105-minute full production.)

Angels of the House by Shambhavi Mishra & Sophie Carpenter :: Supported by FRFAF (#2021-036) from STUDIO for Creative Inquiry on Vimeo.

Set in London, England in the 1800s, Angels of the House is a two-hour opera that follows the fictional friendship between two real-life women: Caroline Norton, an acclaimed women’s rights activist, and Arabella Decker, a working-class, soon-to-be mother. Each day, the women’s place in society is defined by the patriarchy, as when Norton’s proposed “Custody of Infants Act”, brought for consideration to the House of Lords in 1839, is rejected solely because she is a woman.

Angels of the House presents complex social issues and feminist histories through the lens of 21st century creative media, exploring the mores and policies of the past while connecting their effects to the present day. The opera explores challenging themes including mental and physical abuse, women’s rights, reproductive rights, and miscarriage. Behind the scenes, the opera’s female-centric cast and diverse crew breaks barriers as well, showcasing talent in a field where this is still quite rare.

Angels of the House was conceived prior to the COVID pandemic, and then developed against the backdrop of lockdown. Many unforeseen changes and constraints compelled Carpenter and Mishra to extensively reimagine its production, eventually shift gears to a fully online presentation. Ultimately, the project’s technological elements intertwine with the music composition, set design, and other audiovisual elements to represent persistently problematic social issues with a modern point of view. In this way, Angels of the House bridges history, law, culture, art, and technology in a media format that young and old viewers can relate to and learn from. 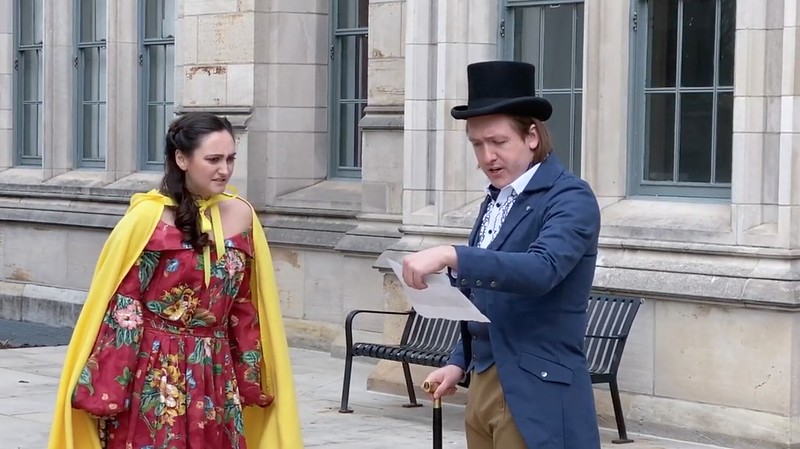 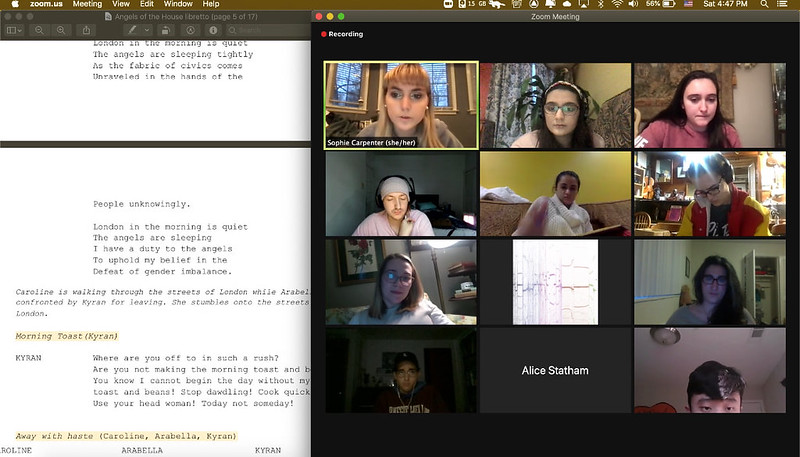 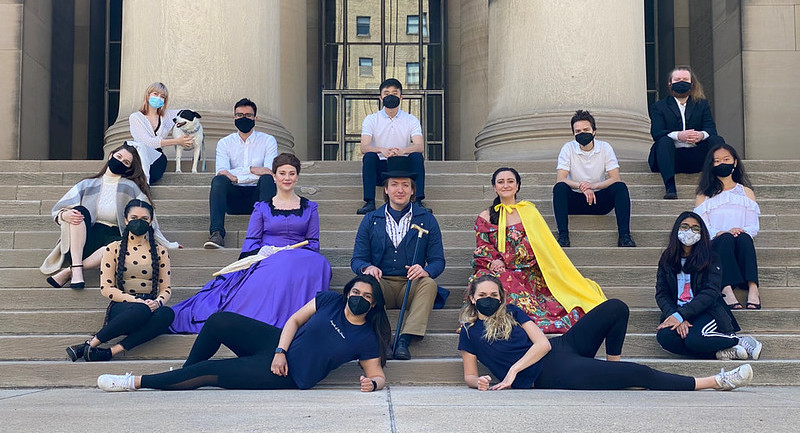