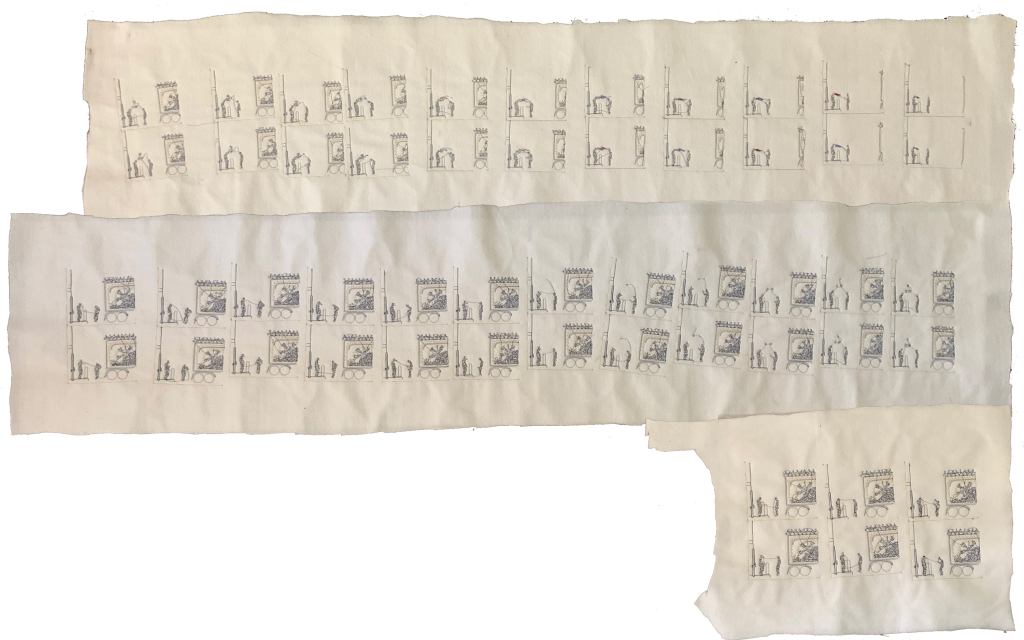 Algorithmic Embroidery Exploration by Huw Messie :: Supported by FRFAF (#2021-025) from STUDIO for Creative Inquiry on Vimeo.

A common goal in Messie’s exploratory process is to develop techniques which appropriate and challenge conventional forms of visual expression – and in doing so,  use material and technical constraints to inform the self-referential logic of the concept driving each piece. This project overall is a bizarre factory, machine system to illustrate a contained world in which there is a direct connection and equivalence between the material representing the people and characters, and the machines and spaces where the characters live. The thread being stitched doesn’t just take a representational approach in looking like some predefined animation, but actually uses things like the topology of thread, and the flatness of material as laws guiding the practical use of space of design of mechanisms.

While most film and animation presents the viewer with a projected image of some 3D space, there are examples in visual arts and even literature of 2D universes which incorporate their own logic of how materials and creatures exist and behave in the 2D plane, for example the book Flatland by Edwin Abbott Abbott. Abbot’s work marks a fundamental shift in thinking about the universal form of space, and how different dimensionalities of space facilitate different mechanical processes. Because these frames created in this research are so intrinsically flat and the thread composing all bodies and objects is woven into the material (always incorporated but always definably separate), there is a much more directly informed perception of the space (presented as purely 2D logic space) rather than having the frames be merely illustrative. 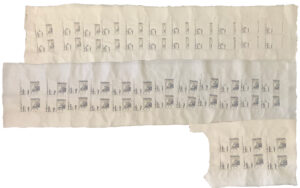 Messie has developed several more technical digitizing tools in Processing for making specific effects in the piece, as well as a program for compiling individual frames into a sheet of frames arranged in a way that can be ran efficiently on my machine. This frame arranger (called “FrameRanger” by Messie) elegantly arranges files saved across multiple individually animated component, and also adds a registration frame. This research was supported with Microgrant #2021-025 from the Frank-Ratchye Fund for Art @ the Frontier.