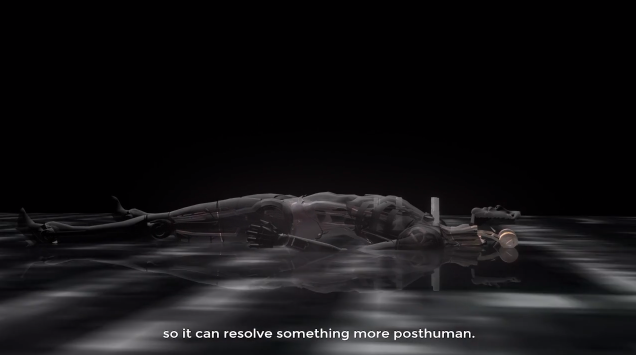 WHAT IS #ADDITIVISM? Critical Perspectives on 3D Printing :: Morehshin Allahyari & Daniel Rourke :: 2015 VIA Festival from STUDIO for Creative Inquiry on Vimeo.

The 3D Additivist Manifesto, organized by VIA Festival Co-Director Lauren Goshinski, calls creators and thinkers to action around a technology filled with hope and promise: the 3D printer. By considering this technology as a potential force for good, bad, and otherwise, visiting artists Morehshin Allahyari and Daniel Rourke aim to disrupt binary thinking entirely, drawing together makers and thinkers invested in the idea of real, radical, change.

In March 2015 Allahyari and Rourke invited submissions to an open-source ‘Cookbook’ of radical ideas that cut across the arts, engineering, and sciences. Inspired, in part, by William Powell’s The Anarchist Cookbook (1969), The 3D Additivist Cookbook will contain speculative texts, templates, recipes and (im)practical designs for living in this most contradictory of times.

About the VIA Festival

VIA is a Pittsburgh-based platform dedicated to presenting emerging musicians and visual artists working across digital media. Each year the VIA Festival offers a thoughtfully curated series of events ranging from music showcases and a/v shows to exhibitions, film screenings, lectures, and workshops showcasing artists from home and around the world. Founded in 2010 by Co-Directors Lauren Goshinski and Quinn Leonowicz, VIA is a member of International Cities of Advanced Sound (ICAS), a global consortium of festivals and organizations supporting the creation and presentation of adventurous music and digital art. The ICAS family includes MUTEK, Unsound, Decibel, CTM Berlin, New Forms Society, Future Everything, The Bunker and many more.

Additivism Residency: Critical Approaches to 3D Printing was supported by a full grant from the Frank-Ratchye Fund for Art @ the Frontier (FRFAF) — an endowment founded to encourage the creation of innovative artworks by the faculty, students and staff of Carnegie Mellon University. With this fund, the STUDIO seeks to develop a cache of groundbreaking projects created at CMU — works that can be described as “thinking at the edges” of the intersection of disciplines.