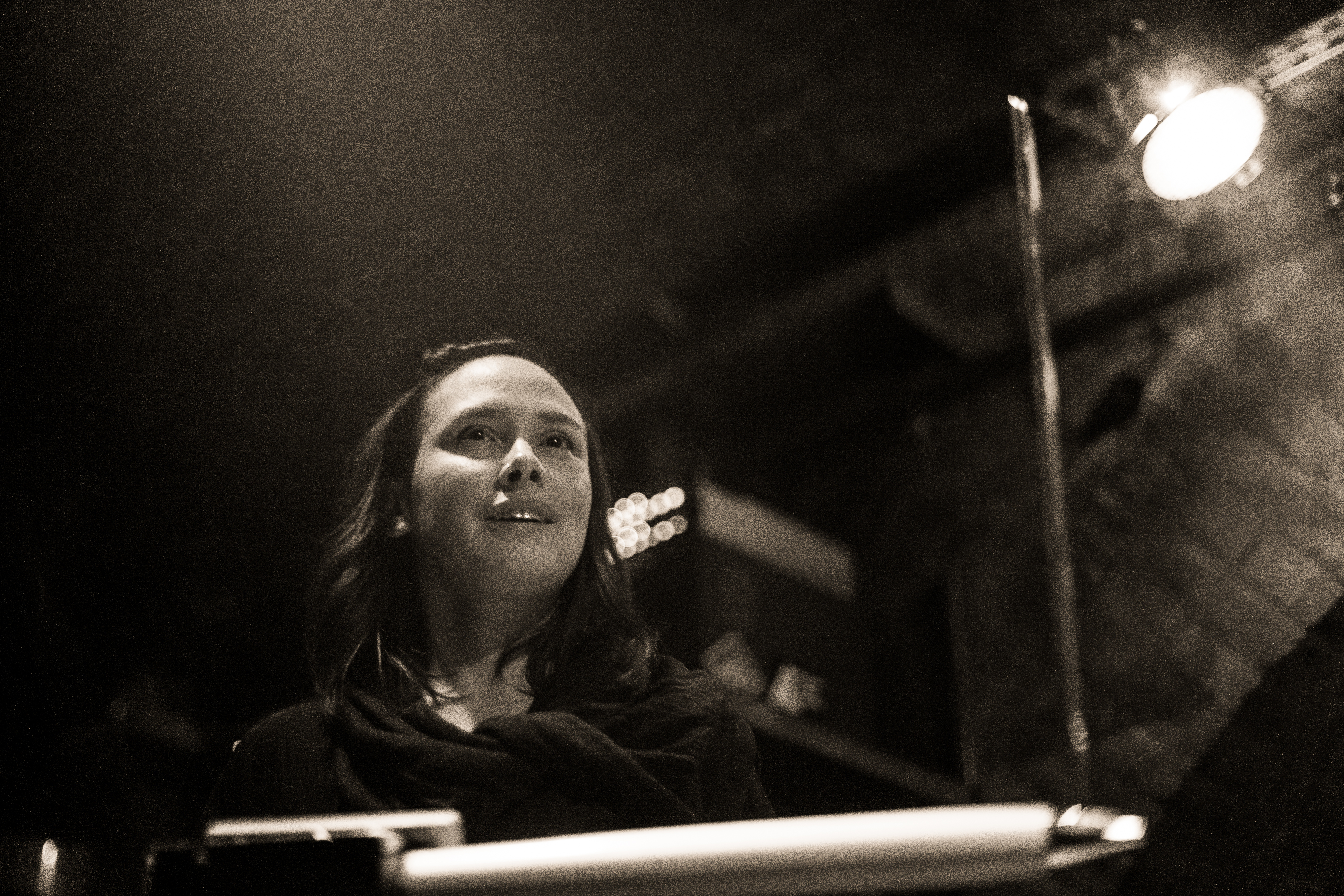 Virtuosic thereminist Pamelia Stickney (formerly Kurstin) was born in Los Angeles, California in 1976. Playing piano from the age of two, at age 12, she was introduced to the violin, viola, and cello. Eventually she grew just tall enough to play contrabass and began her professional career as a jazz/rock musician at 18. While recording with the band Geggy Tah (Luaka Bop) in 1997, her bandmates showed her the film “Theremin: An Electronic Odyssey” by Steven Martin – which inspired her to learn this unusual and uniquely challenging electronic instrument. Pamelia’s background with string instruments and as a jazz bass player influenced her signature playing techniques, expanding the expressive possibilities of the instrument as presented in her 2002 TED talk. In 2003 she began to perform her solo “theremin orchestral” works, in which she improvises using looping pedals. This led to her debut solo album, “Thinking Out Loud” released on John Zorn’s Tzadik label in 2007.

Pamelia has become one of the world’s most sought-after thereminists. She performs, collaborates and records with a wide variety of artists and ensembles, including Seb Rochford, actress Anne Bennent, Simone Dinnerstein, Kontrapunkt Ensemble of the Vienna Musikverein, Grace Jones, Arthur Blythe, Gerry Gibbs, Sebastien Tellier, Bela Fleck & the Flecktones, the Cape Symphony Orchestra, and more.

In 2005 she moved to Vienna from New York. Following her Tzadik album was a collaboration with Seb Rochford, “Ouch Evil Slow Hop” (slowfoot records, 2011 UK). In Vienna she founded the oddmeter fusion-rock-spazzjazz band Blueblut, and a jazzical trio Scrambolage (with Melissa Coleman, cellist, Monika Lang, piano). In 2017 Stickney produced the free album ‘Transcendental Dissonance’ , which led to the birth of the New York based quartet of the same name which will be performing throughout New York State later this fall.