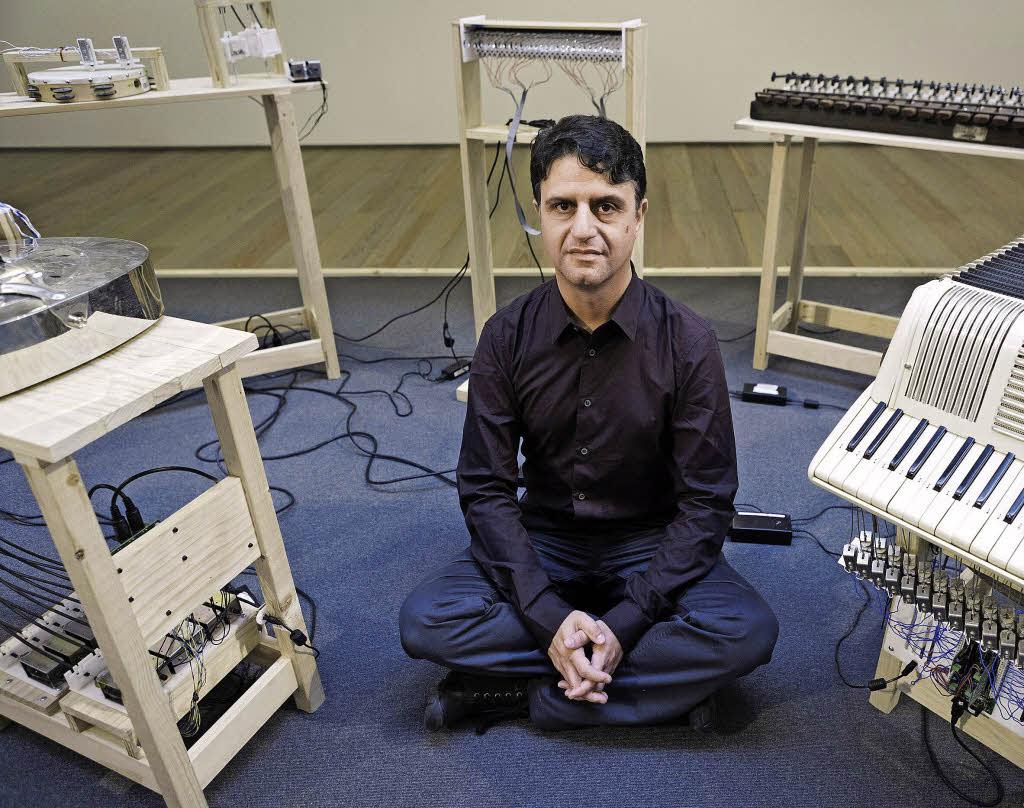 Ranjit Bhatnagar discovered sound art around age 14, listening to weird late night programs on KPFA. He now works with interactive and sound installations, with scanner photography, and with internet-based collaborative art. For the past decade, Ranjit has made a new musical instrument every day in February. In this and other long-term projects he uses rules, ritual, and repetition to try to structure the creative process – except when he does the opposite.

Recent works have been exhibited at the Lawrence Hall of Science in Berkeley, the Parc d’aventures scientifiques in Belgium, Flux Factory in Queens, in the Artbots series at Eyebeam Atelier and the Pratt Institute in New York, and the Mermaid Show at the Williamsburg Art and Historical Center in Brooklyn. He recently taught “Mister Resistor” at Parsons School of Design, a studio course and rock band with homemade instruments. Originally from the San Francisco Bay Area, Ranjit received a BA from U.C. Berkeley and an MS from the University of Pennsylvania, and was certified carnie trash by the Coney Island Sideshow School in 2002. He lives in Brooklyn next to a nice big park.

This event is free and open to the public. Light refreshments will be served.