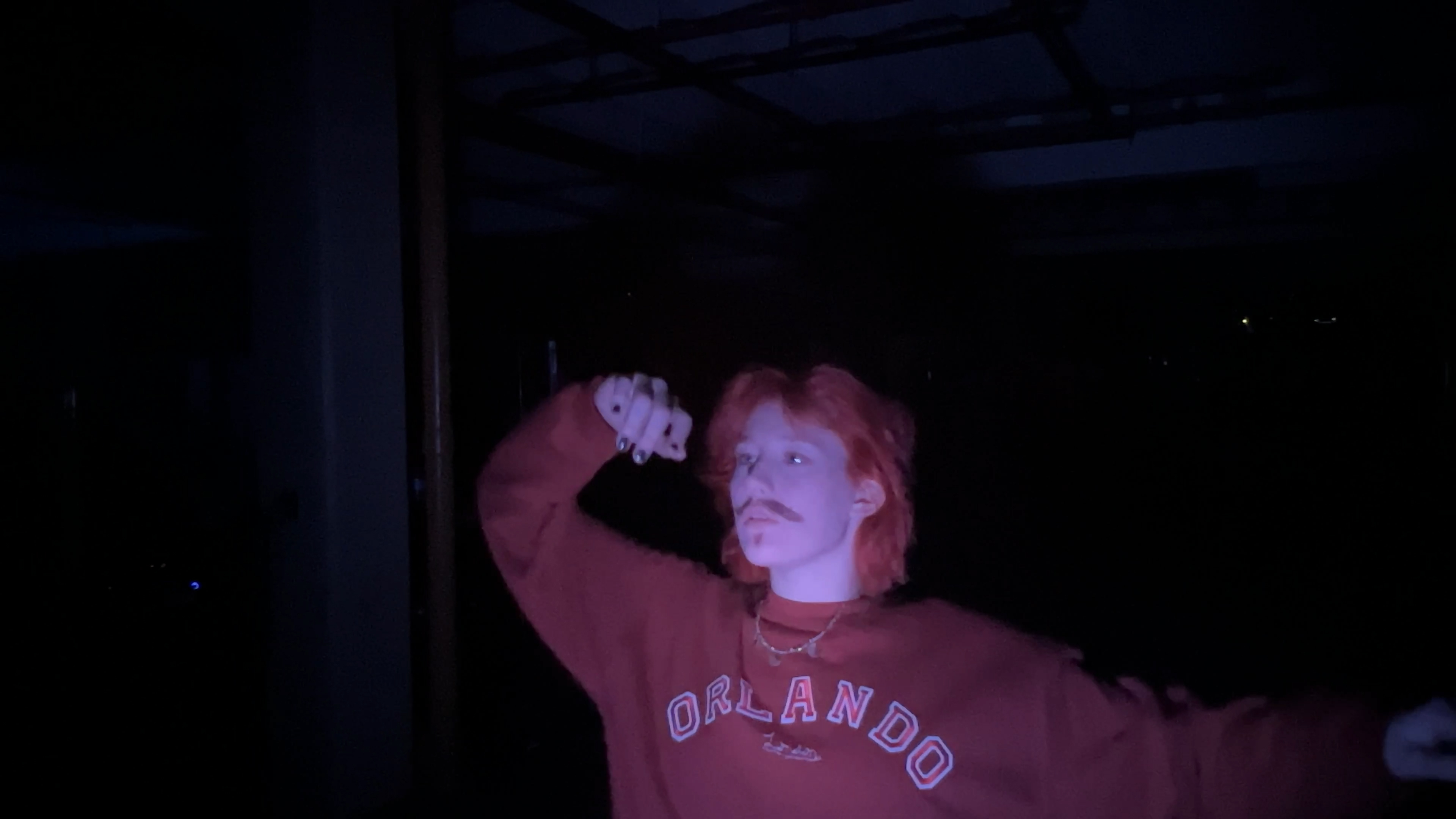 “ORLANDO is a modern homage to Virginia Woolf’s iconic novel. It was written in two days and was meant to be a first draft, but somehow Ivan convinced me to let him direct it as is. I channeled Frozen and “let it go.” It follows the narrative structure of the novel and many of the original characters are included, but other than that it is a product of my imagination. The themes of gender identity, pronouns, the relativity of time, and the relationship between people with power and people with none seem quite relevant today. Remember, her novel was published right between the two World Wars. However, and this might be enlightening, I do indeed have a Colombian red-tailed Boa named Orlando. As it says in the text, one cannot tell the gender of most snakes until they are about eighteen months without having bloodwork done. So, in searching for a name I thought of Orlando because I always loved the story and wasn’t sure of the snake’s gender. Much like in the novel, the snake I thought was male turned out to be female. That inspired me to read Orlando again, and, in turn, write an adaptation which included a boa constrictor.”

Space is limited, RSVP for the event.

Damen Scranton (he/him) is an actor, teacher, director, and playwright who lives in Pasadena, CA. He received his undergraduate and graduate degrees in Acting from the University of California at San Diego, which is where he met Ivan Talijancic (who was his very first director and almost single-handedly turned him toward acting and theatre as a profession.) He has performed in eight countries, had plays produced in four, and taught theatre in seven. Probably his favorite theatre experience was performing the role of Creon in Antigone (along with Ivan in the role of Tiresias!) as directed by Athol Fugard at the Granary Theatre in Cork, Ireland. He also, indeed, taught acting, Shakespeare, and the Greeks at Carnegie Mellon University for eight weeks in 2009-10 while Professor Barbara Makenzie-Wood was on the audition tour. Damen is happy that he has found his way back to CMU as a playwright from a distance. Space is relative also.

Ivan Talijancic (he/him) is a time-based artist and cultural producer, working at the intersection of theater, dance, film, installation art, new media, journalism, curatorial work and education in New York and around the globe. Ivan completed his undergraduate studies in theater at the University of California, San Diego, and earned his Master of Fine Arts degree at Columbia University in New York City under the mentorship of Anne Bogart and Robert Woodruff. Along with Erika Latta, he is the co-founder of WaxFactory, a New York-based international multidisciplinary art group. He has created over 20 works to date, presented at many preeminent venues on four continents over the past two decades. Ivan’s creative output spans a diverse range of art projects ranging from intimate chamber cross-media works at established venues (blind.ness at Performance Space 122 in 2008 & COIL 2010 Festival), site-specific works at unconventional sites (QUARTET v2.0 at the former cannon factory in Long Island City in 2002), large-scale immersive productions taking up an entire city block (LADYFROMTHESEA at the Old American Can Factory in Brooklyn in 2001 and 2003), and feature film (416 MINUTES, shot on location around New York City, and currently in post-production). His works have twice been featured in annual Worldwide Critics Surveys published by Ballet-Tanz International magazine (Berlin, Germany) — LADYFROMTHESEA as the “most innovative production of the year” in 2000, and X – A VIDEO OPERA in 2007 as the “most innovative collaboration” with composer Katharina Rosenberger. His works have been shown at numerous venues throughout the New York City (Lincoln Center, PS122, Abrons Art Center, 3LD Art+Techology Center, Japan Society, Dixon Place, HERE, Soho Rep, The Invisible Dog) and at numerous international venues and festivals including the ICA/Institute for Contemporary Art (London, UK,) Sónar (Barcelona, Spain,) Centre Pompidou (Paris, France,) Gulbenkian Museum (Lisbon, Portugal,) Zürcher Theaterspektakel (Zurich, Switzerland,) Cankarjev Dom (Ljubljana, Slovenia,) FIT/International Theater Festival (Caracas, Venezuela,) Centro Julio Le Parc (Mendoza, Argentina,) Adelaide Festival (Adelaide, Australia) and many others.