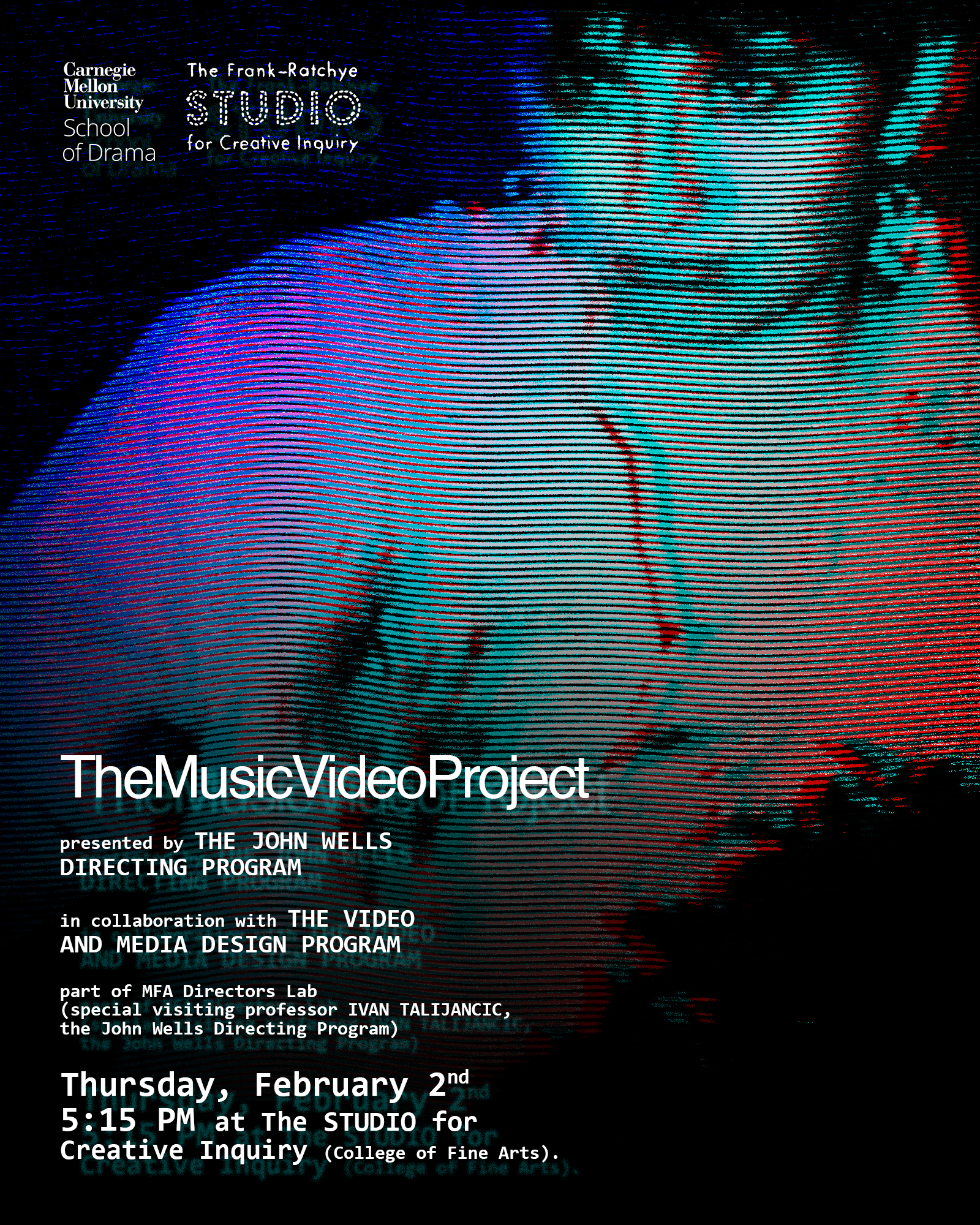 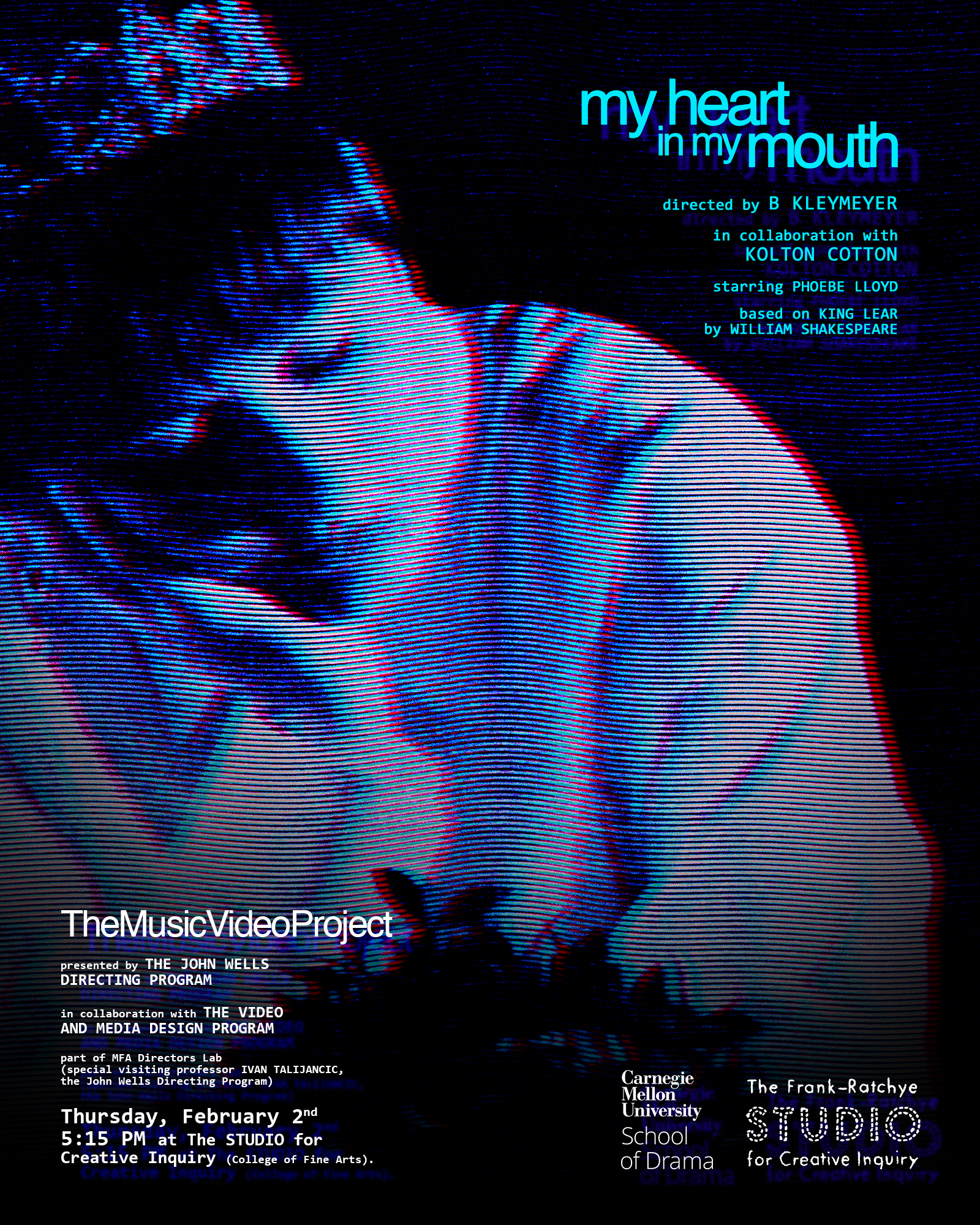 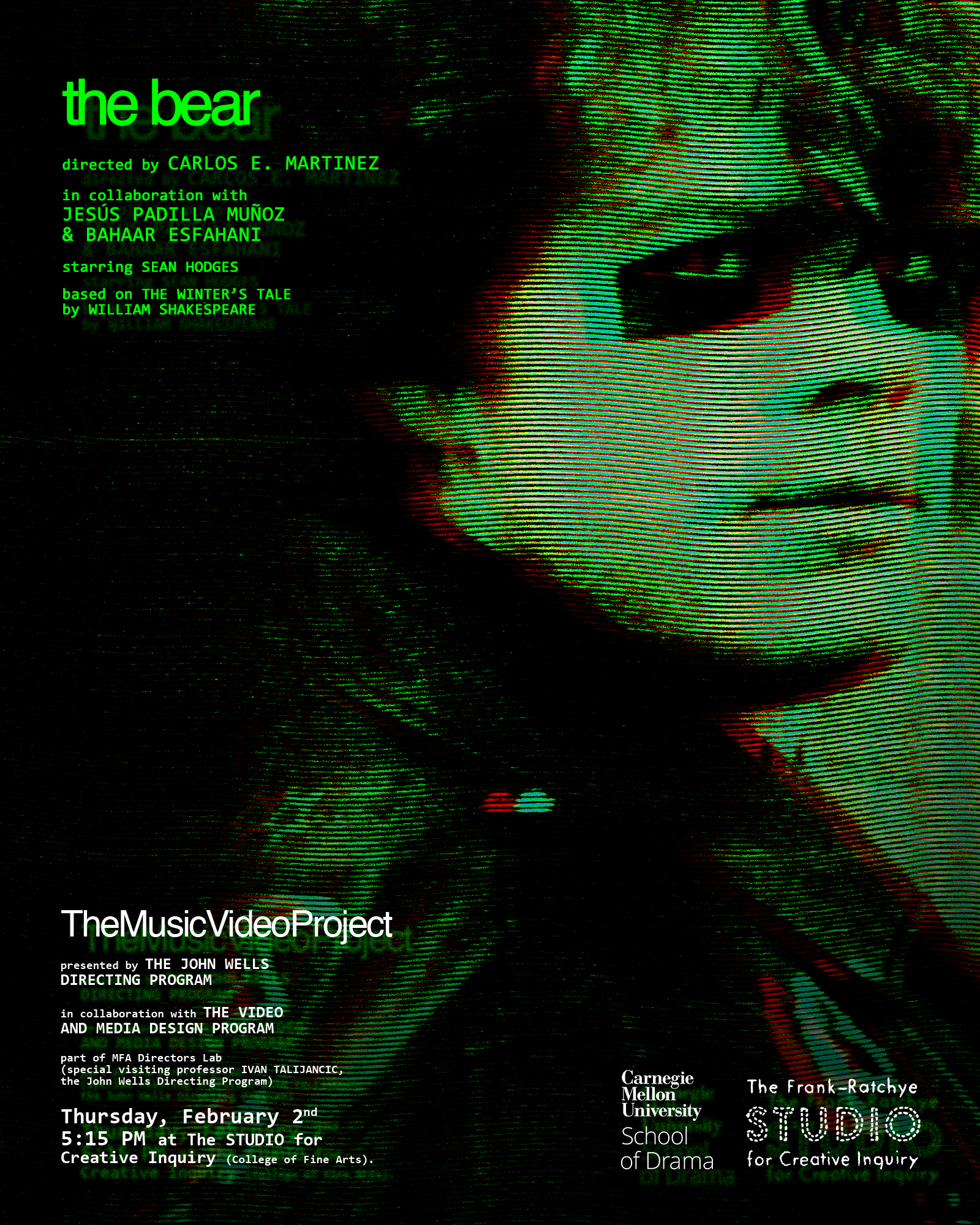 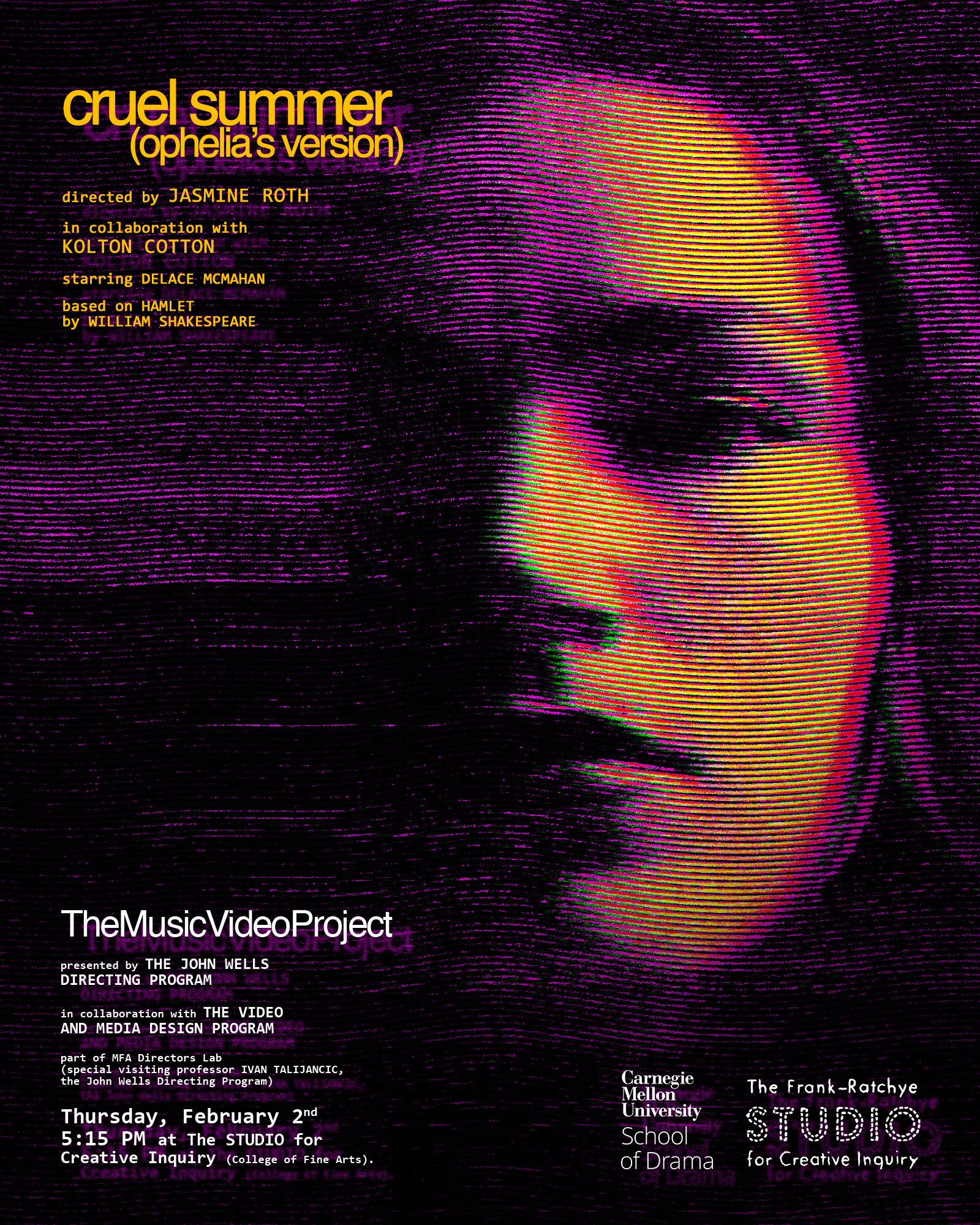 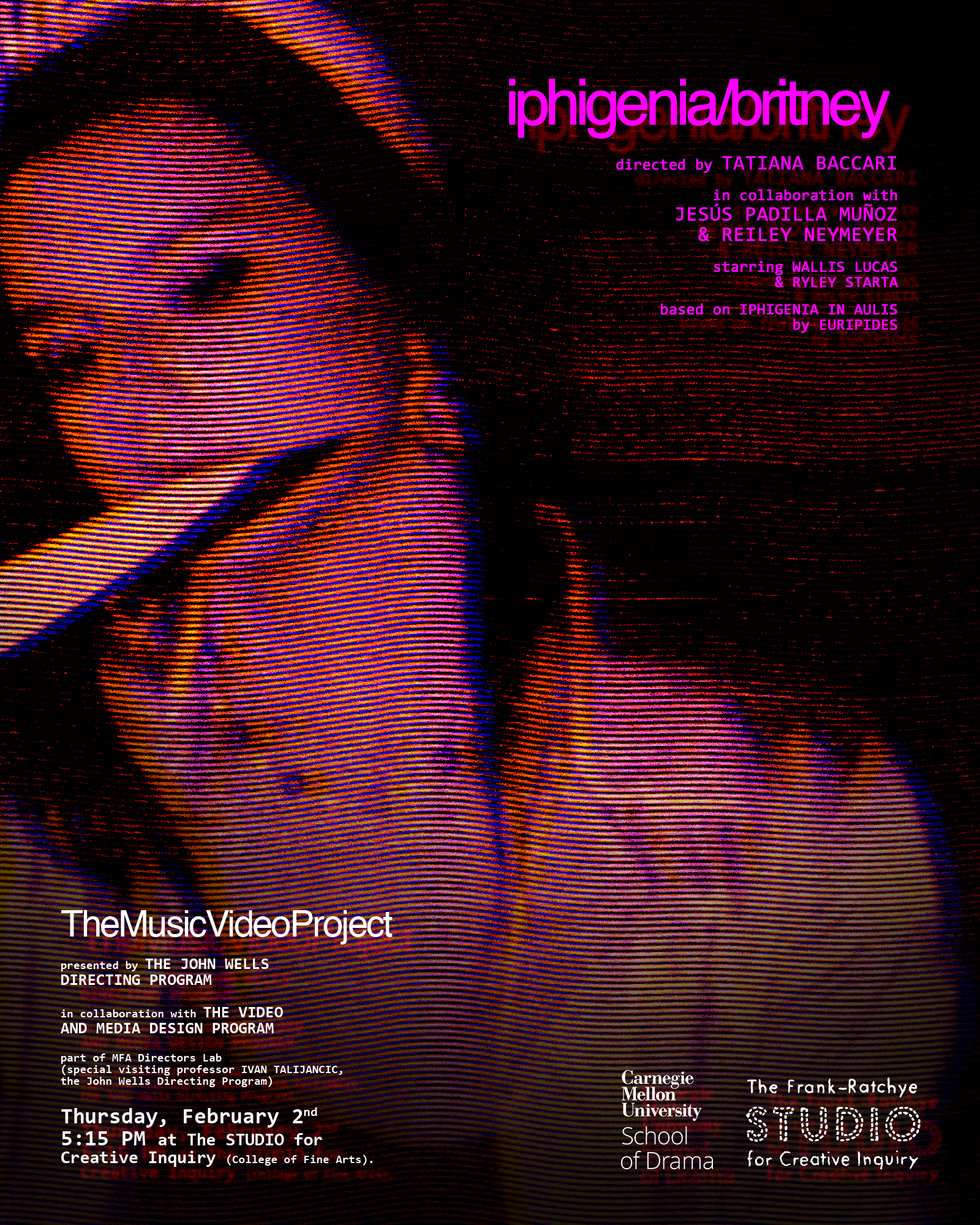 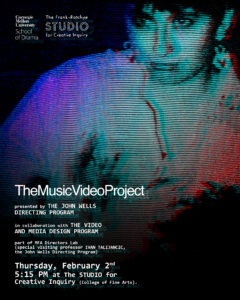 Four directing Fellows were prompted to choose a character from a classical play, then select a song from the popular domain and direct a music video that amalgamates the two tracks in unexpected ways. Eschewing the conventional, realistic narrative so often used in this form, the directors favored an impressionistic / abstract form of expression. The resulting videos are enigmatic, open-ended works that elicit the viewer’s imagination without hammering in finite interpretations, but rather posing thought-provoking questions.

These first iterations of the Music Video Projects will be publicly screened at the Frank-Ratchye STUDIO for Creative Inquiry on Thursday, February 2 at 5.15pm.

Join us in watching the four videos, followed by a Q&A with the directors, and to learn about future iterations of this project! 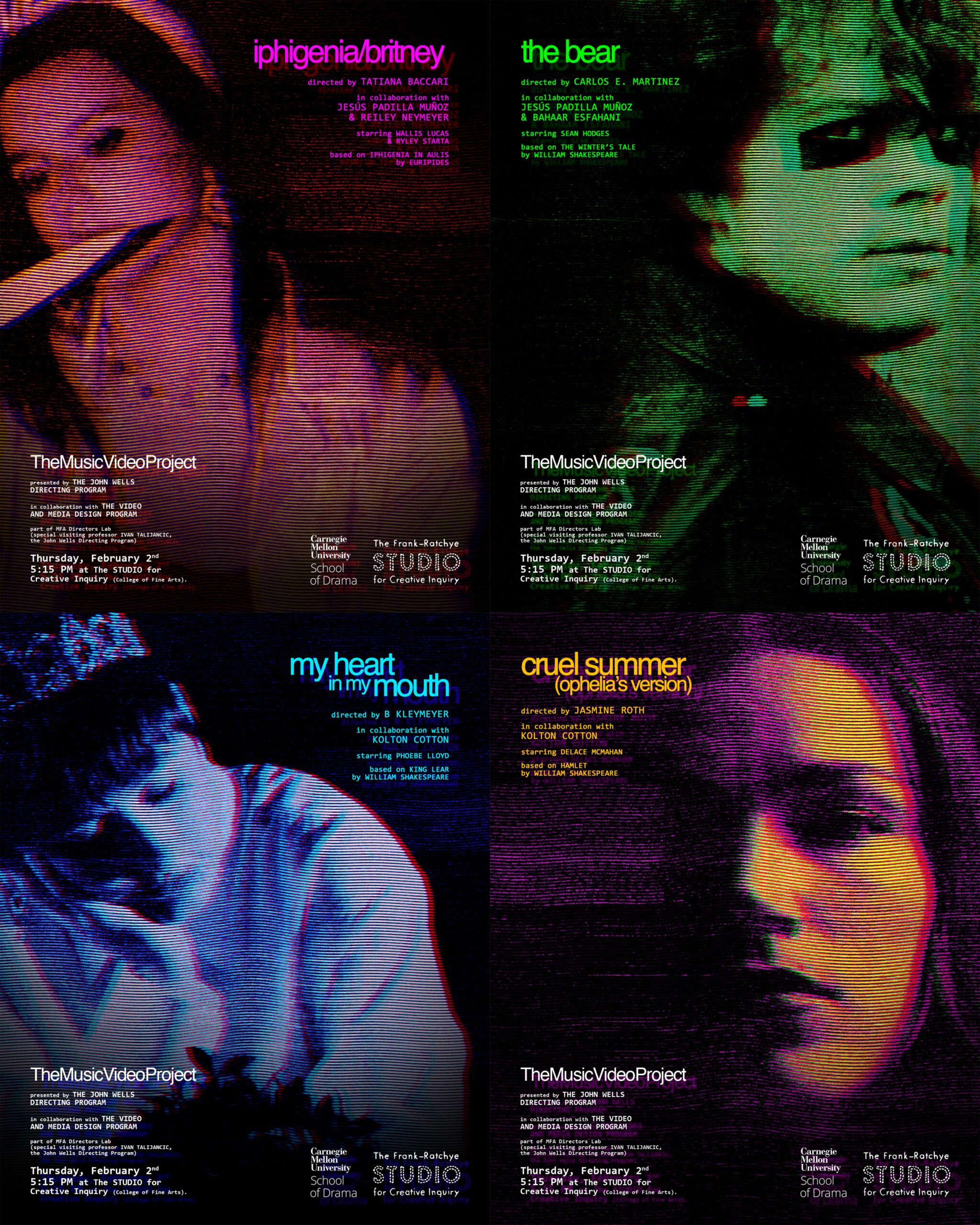