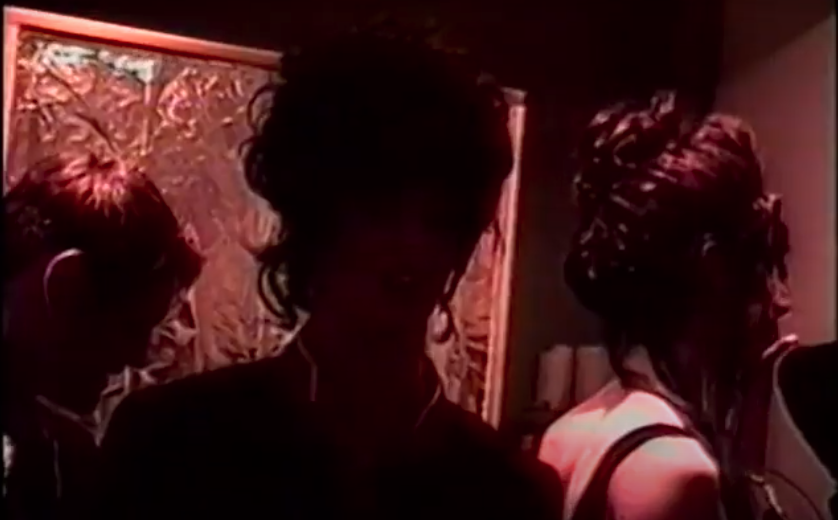 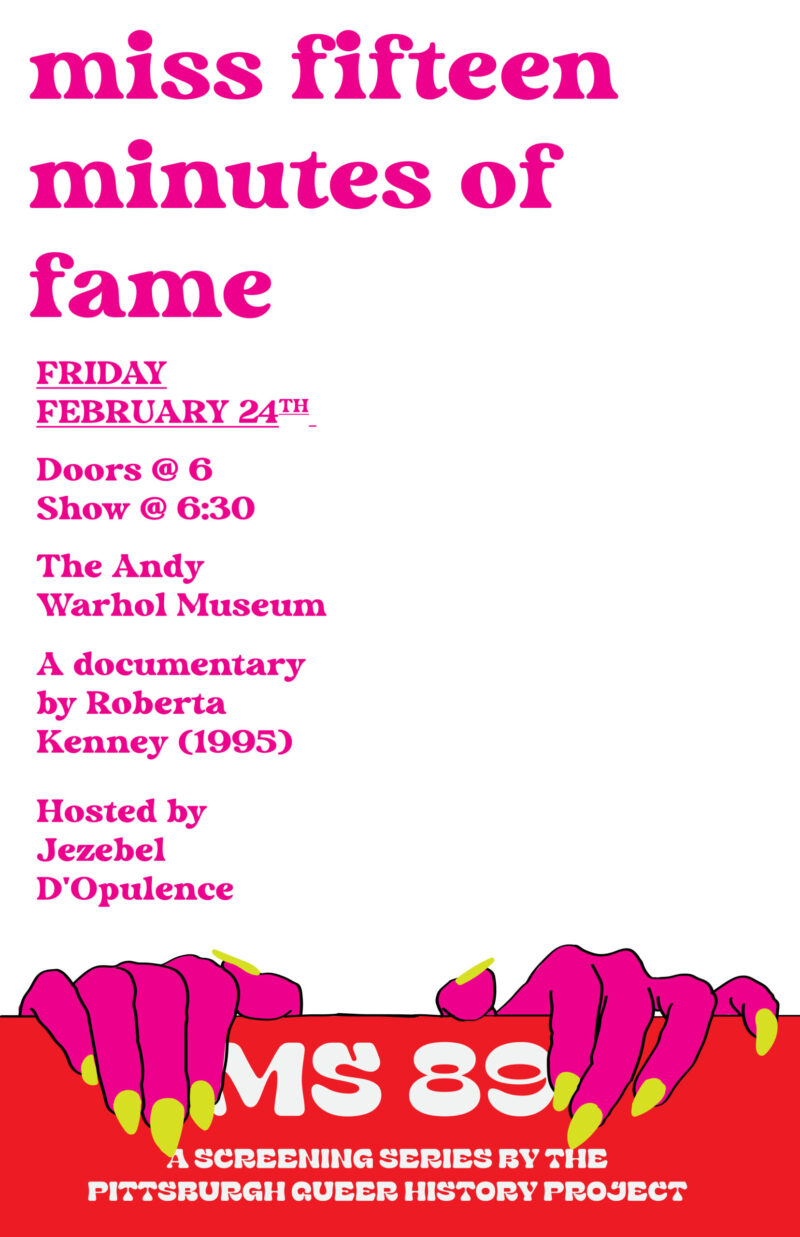 MS 89 is BACK with a special screening of the Andy Warhol Museum’s 1995 Miss Fifteen Minutes of Fame Pageant, co-hosted by Harrison Apple (Pittsburgh Queer History Project) and former contestant Jezebel Bebbington D’Opulence (The Puerto Rican Princess of Pittsburgh). Join us for a once in a life-time community nightclub archives event, taking place in the Warhol Museum Theater where the pageant played out almost 30 years ago.

The MS 89 series is a live & in-person only nightclub archives screening event that pays community members to host screenings and discussions of tapes that they had a hand in creating. Pushing back against the tendency to consume archives, MS 89 packs together to watch and rewatch as a ritual in creating new intergenerational friendships via our shared desire for a shared past. It’s dark, it’s social, and you’re gonna love it.

The Pageant was created of by Raina Lampkins-Fielder (Former Education Program Coordinator) and Glenn Brown (NYC Ball Scene) as an attempt to re-introduce the Warhol Museum to the Pittsburgh LGBTQ community after critical reception to its 1994 opening which lacked any significant reference to queer sexuality as part of Warhol’s work and life.

With a star studded line-up of contestants and judges from Pittsburgh’s queer nightlife, Miss Fifteen Minutes of Fame tells a lesser known story of cultural meaning making spanning performers, museum curators, and after-dark personalities from the Steel City. The documentary footage was captured and edited by filmmaker Roberta Keeney with editing support from filmmaker Chris Ivey, and produced in the editing bays of our dearly departed Pittsburgh Filmmakers. As a result of interviews with members of the House of D’Opulence, Apple and Keeney connected to reintroduce this footage by donating her source tapes to the Pittsburgh Queer History Project in 2021.

This event is made possible by a generous gift from the Dietrich Humanities Scholars Program, the Frank-Ratchye STUDIO for Creative Inquiry, and the Andy Warhol Museum.