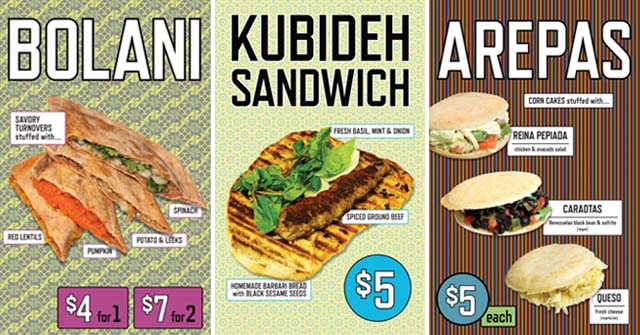 Please join CMU Associate Professor of Art Jon Rubin and Culinary Director Robert Sayre for a discussion on Conflict Kitchen, a take out restaurant that only serves cuisine from countries with which the United States is in conflict. The food is served out of a take-out style storefront that rotates identities every six months to highlight another country.

Operating seven days a week in the middle of the city,  Conflict Kitchen reformats the preexisting social relations of food and economic exchange to engage the general public in discussions about countries, cultures, and people that they might know little about outside of the polarizing rhetoric of U.S. politics and the narrow lens of media headlines.   In addition, the restaurant provides a rotating site for diversity in the city of Pittsburgh, as it has presented the only Iranian, Afghan, and Venezuelan restaurants the city has ever seen. Upcoming iterations will include Cuba and North Korea.

Conflict Kitchen is co-founded by Jon Rubin and Dawn Weleski.