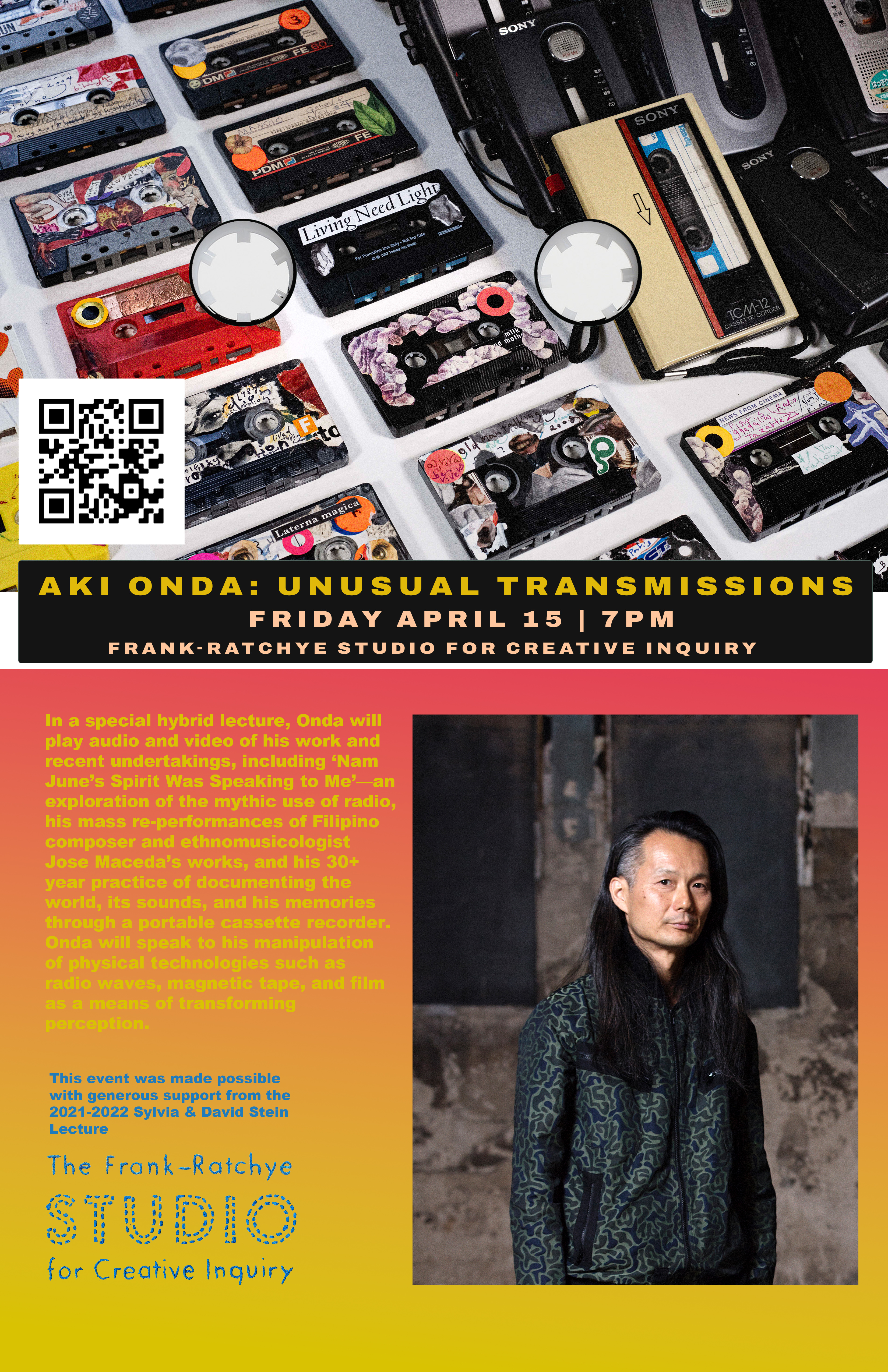 Join us for a special hybrid lecture during which Onda will play audio and video of his past work and recent undertakings. RSVP here! Works will include: ‘Nam June’s Spirit Was Speaking to Me’—an exploration of the mythic use of radio; his mass re-performances of Filipino composer and ethnomusicologist Jose Maceda’s works; and his 30+ year practice of documenting the world, its sounds, and his memories through a portable cassette recorder. Onda will speak to his manipulation of physical technologies such as radio waves, magnetic tape, and film as a means of transforming perception. This event was organized by Adjunct Professor of Art, Geneva Skeen, with generous support from the 2021-2022 Sylvia & David Stein Lecture Series. 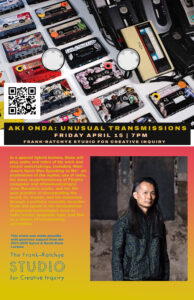 Aki Onda (born in 1967, Nara, Japan; lives and works in Mito, Japan) is an artist and composer. His works are often catalyzed by and structured around memories—personal, collective, historical—such as his widely-known project, Cassette Memories (2004–ongoing), drawn from three decades of field recordings. Crossing genres, he has been active internationally in art, film, music and performance. His artistic collaborators include Michael Snow, Ken Jacobs, Loren Connors, David Toop and Akio Suzuki.