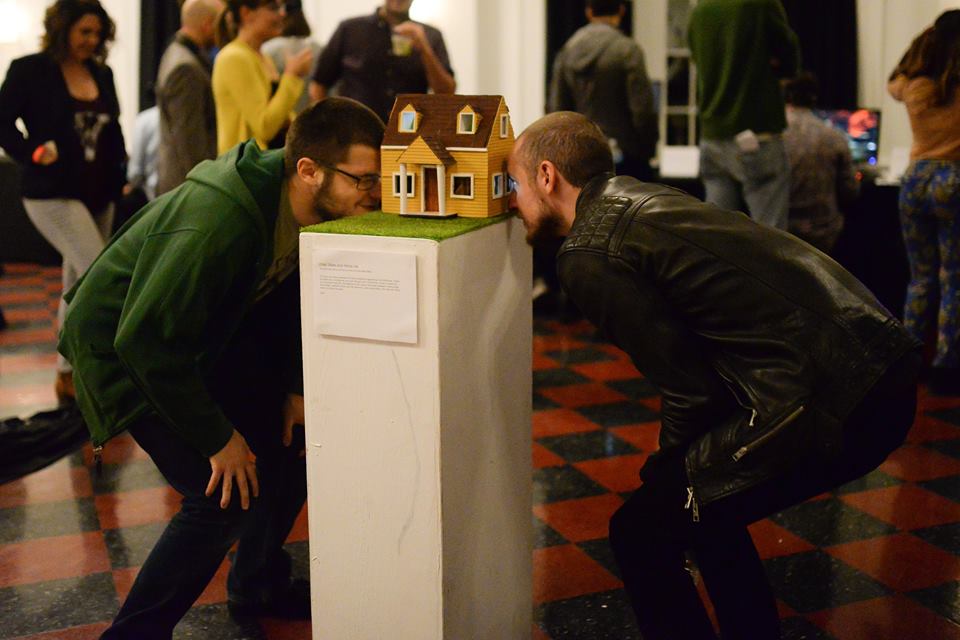 The Girls are Home was created by Char Stiles & Alicia Iott. It combines VR with a traditional age-old toy, the dollhouse. The dollhouse was modeled from memory of Alicia’s childhood home. Inside it, an observer can peer through pairs of windows to see a snippet of our unscripted daily life. The windows are lenses into a 3D recorded scene being played back on mobile phones within the house. Stereoscopic footage is displayed behind the windows.

The viewer is placed into the story and given a role (as a giant, voyeuristic intruder) in this non-linear immersive storytelling device. By addressing the chasm that exists between cutting edge technology, material culture, and the domestic, plain-Jane realm, The Girls are Home works to bridge that gap.

This piece was exhibited at WEIRD REALITY (an Art and Code symposium) at Carnegie Mellon University.