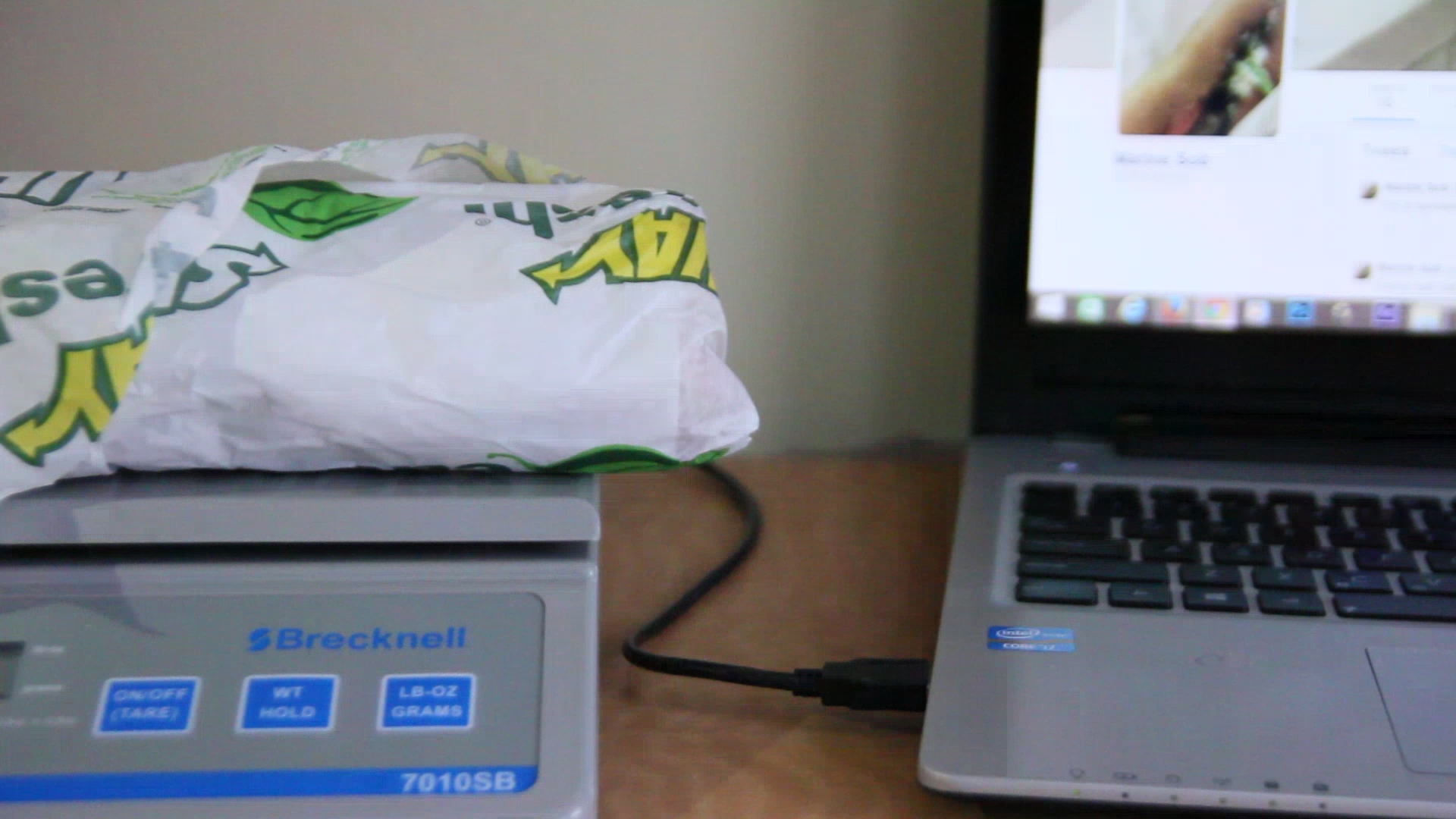 On twitter the culture of ‘subtweeting’ has been the source of many public arguments, rages and tension between users–from everyday people, to celebrities, organizations and even politicians. Elizabeth Agyemang’s project SubTweets looks to comment on this widespread practice by parodying the act of subtweeting through the voice of submarine sandwiches. In the project submarine sandwiches are weighed on a scale, resulting in a tweet, or a ‘subtweet’, being sent to twitter through a Processing program that utilizes Temboo in order to tweet. 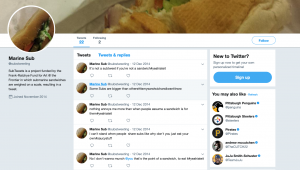 The piece seeks to generate a conversation on how people communicate in the modern digital world. More and more it seems, when social and personal tensions arise, people turn to forums like Twitter to vent their frustration and anger. However, rather than resolving such issues, subtweeting instead heightens them, resulting in rage wars and twitter battles. Subtweets looks to comment on this culture through humor and food.

The sandwiches are weighed by a digital scale and, depending on the weight and a list of properties stored in the computer, the program will recognize the type of sub and will generate the subtweets based on other parameters.