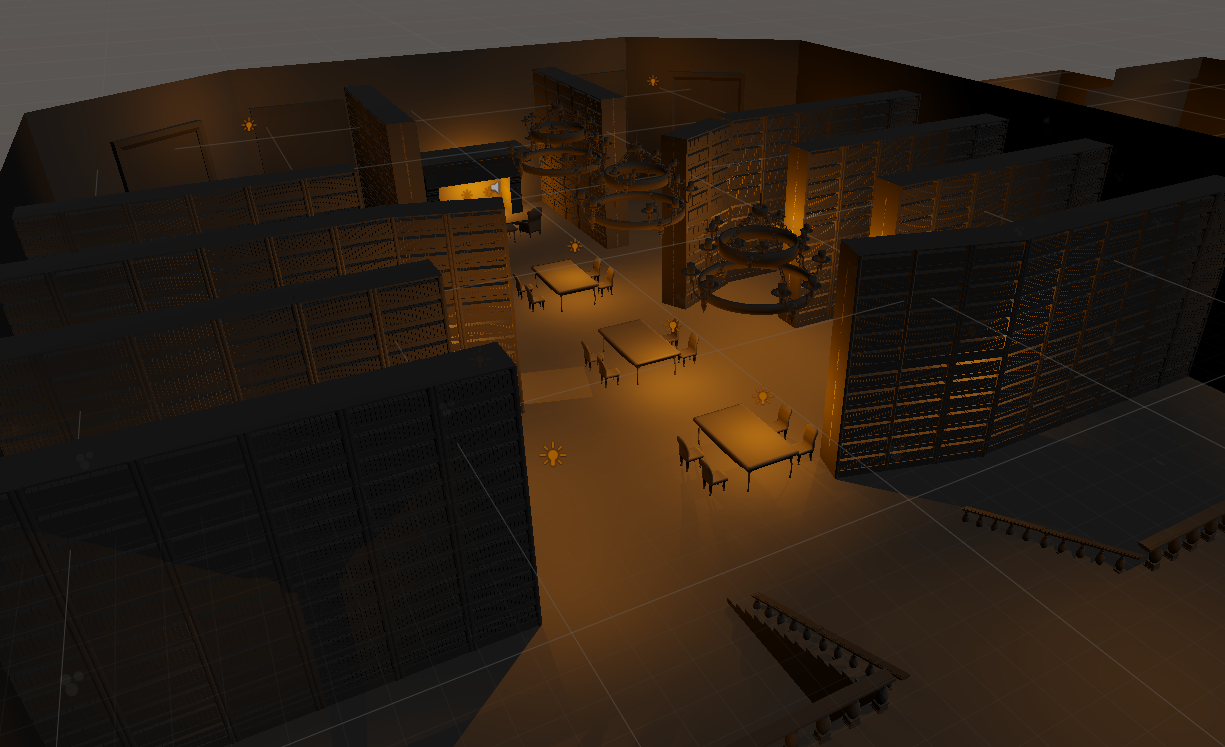 In a slight departure from the single-project approach, Marlena Abraham used the funds from Frank-Ratchye grant to purchase a selection of tools including a Unity 3D Pro License, several assets and plugins, and an assortment of hardware including an Oculus Rift virtual reality headset. Over the course of the 2014-2015 academic year, these tools were used (and, in some cases, continue to be used) for a series of often experimental, usually interdisciplinary projects in game design and interaction. Projects that were built with the use of these tools include:

Distorted: a two-player psychological horror game in which REDACTED (sorry, but this is an ongoing project and we wouldn’t want to spoil the fun). Distorted is a collaboration with Connor Fallon and Alex Moser.

A Light Touch: a set of haptics gloves for virtual reality with which a player can reach out with their hands and feel the surrounding environment. A Light Touch was collaboration with Dillon Lareau.

Sleepless Nights: a virtual reality landscape painting; also, an attempt to warp a snapshot from a recurring nightmare into a more serene experience.

No More Buckets: an experimental mind-mapper for those of us who find ourselves daily regretting our choices in hierarchy design; create a tool for use in programming visualization, to-do lists, and project tracking.

The Noise is Deafening: a frustrated response to the ceaseless chatter of many small worries; a deafeningly-loud mass of city traffic becomes a cavernously empty space.

To The After Party: a cooperative game made for the 2015 Global Game Jam with MacKenzie Bates and Rachel Moeller in which the two players must safely guide their inebriated friends to the safety of a nearby bus stop.